"The Wicked Bible", One Of The Greatest Typo Error In History, Only 14 Remains In The World

By Marioslide (self media writer) | 1 year ago 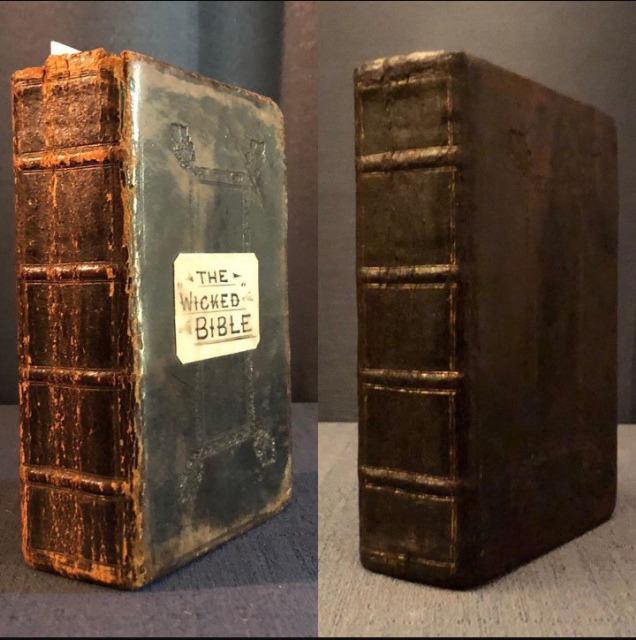 The so called wicked bible often referred to as the sinner's bible or adultery bible is an edition of king james bible that was printed in London in 1631 by the royal printers Robert Barker and Martin Lucas that contains not just one typo-graphical error but two.

"Not" was omitted from the 7th commandment, which states that "Thou shalt not commit adultery", so instead of forbidden the reader from committing adultery, the "wicked bible" was actually commanding the reader to do so. 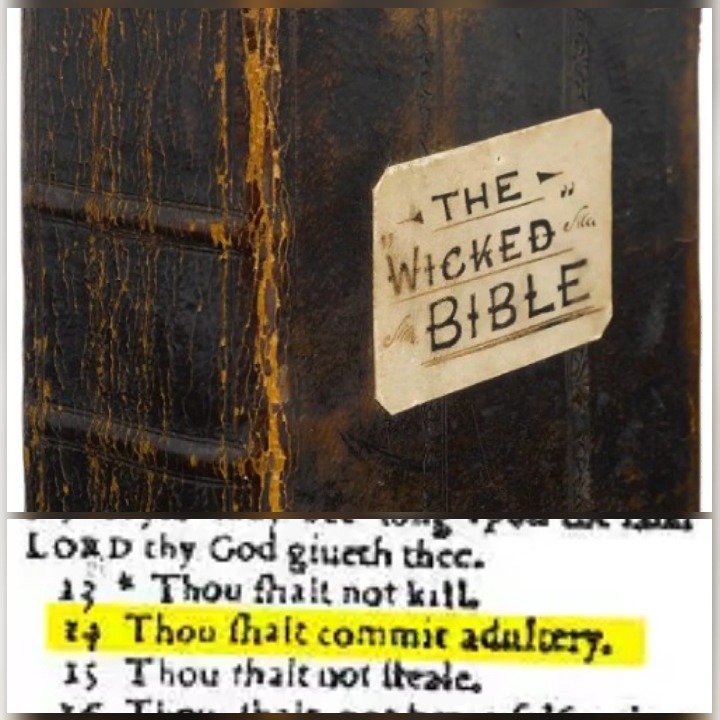 In the book of exodus 20:14 the standard King James version states that

Thou shalt not commit adultery.

See screenshots of the wicked or sinner's bible:

Somehow stunning, this was not the only funny error in the "wicked bible".

The book of Deuteronomy 5:24: reads “Behold, the Lord our God hath shewed us his glory and his greatness.”

The Wicked Bible instead says: “Behold, the Lord our God hath shewed us his glory and his great-asse.” Leading some scholars to believe that the errors were a deliberate act of sabotage perhaps by another rival publisher who wanted to put Robert and Martin in trouble. 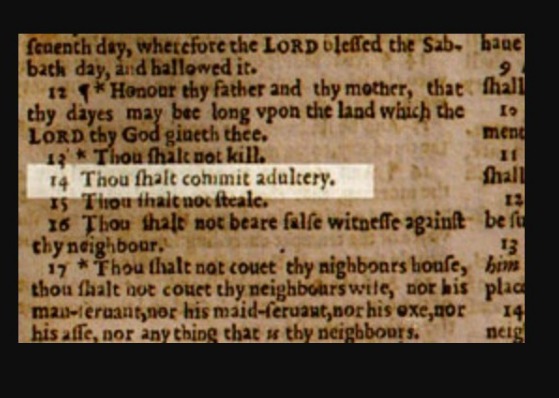 However, this blunder was spread in a number of copies. About a year later, the publishers of the Wicked Bible were called to the Star Chamber and fined £300 (equivalent to £50,322 in 2019) and deprived of their printing license.

About 1000 copies of the wicked bible was made, The majority of the Wicked Bible's copies were immediately cancelled and destroyed, and the number of extant copies remaining today, which are considered highly valuable by collectors. This is why it is so expensive and In 2008, a copy of the Wicked Bible went up for sale online, it was priced and sold for $89,500, while another was auctioned at $95,000 in 2015. 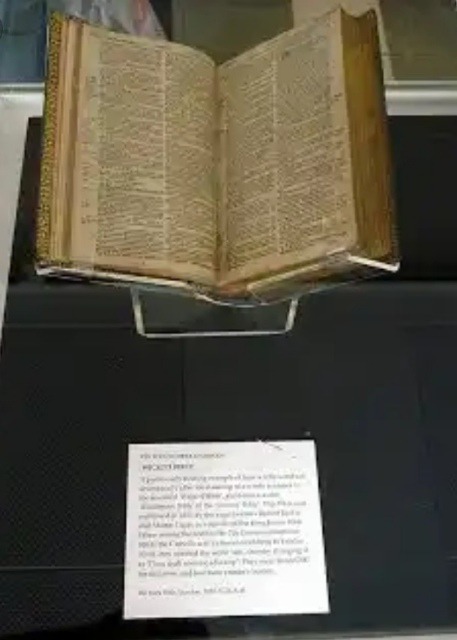 The bible was on display in several libraries around the world between 2009 and 2016, showing the pages with the error.

It is believed that there are less than 20 copies of the "wicked bible" in the world today.

According to Wikipedia, there are 14 known copies of the Wicked Bible today with thirteen in the collections of museums and libraries in the British Isles, North America and Australia. 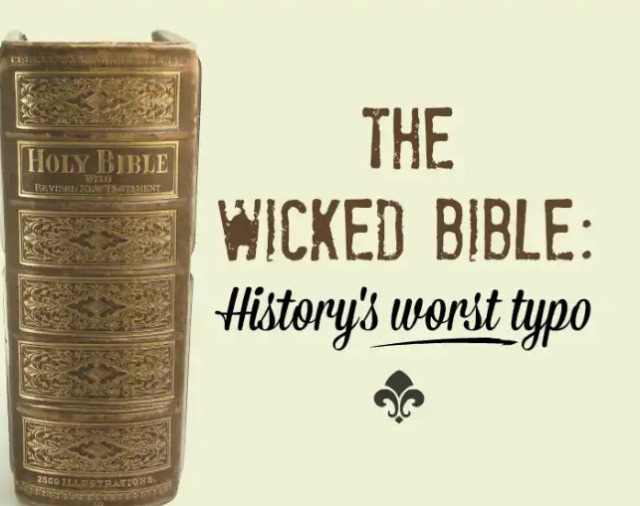 Knowledge they say is power, hope you enjoyed the write up, do you think it was an act of sabotage? or the publishers were careless!