Signs Your Partner is Losing Interest in the Relationship

Relationships: Signs Your Partner is Losing Interest in the Relationship 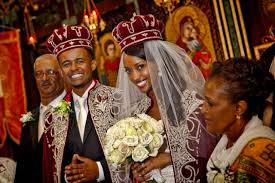 When one meets someone for the first time, they can take the time to get to know more about them. This can then give them the opportunity to find out what they are like as a person and whether or not they would be a good match for them.

Therefore, this is going to be no different to what would happen if they were to looking to employ someone for an important job. This is not to say one will come across as cold and calculating, though.

It simply means that one won't rush into a relationship; and this can then stop them from ending up with someone for the wrong reason. This could be how they have been for quite some time, or they might have only just started to be this way.

What this could illustrate is that there was a time in their life when they would end up with just about anyone, thereby setting them up to suffer unnecessarily. Perhaps one has recently been in a relationship that caused them a great deal of pain.

This experience would then have shaken them up enough to no longer behave in the same way. If one was to look back on why they didn't take the time to get to know someone, they may find that they were too needy.

Through feeling empty and as though something was missing, they would have needed someone to complete them. As a result of this, it would have been a lot harder for them to think clearly and to see if someone was actually a good match for them.

And once they end up in a relationship, it doesn't mean that they will switch off. They could still pay attention to how the relationship is going and speak out when they need to.

In the past, they may have been too concerned with losing the other person to speak out and to assert themselves. At the same time, they might have blocked out anything that proved that the other person wasn't right for them.

What this could show is that one got the point in their life when enough was enough and they were no longer willing to put up with this type of behaviour. But while this may have seemed to just take place, there are likely to be number of things that played a part.

Their friends and/or family may have told them on a number of occasions that they end up with the wrong people and that they deserve better. One may have also read a number of books on relationships, for instance.

The feedback they received from other people and what they found out themselves would have gradually had a big impact on them. And if one had been this way for a little while, it is to be expected that they wouldn't change overnight.

The main thing is that one is no longer going to be in a position where they tolerate being with someone who is not right for them or who is abusive. How they arrived at this place is of secondary importance.

There are then going to be others who are unable to realise when they are with someone who is not right for them. When someone like this meets another person for the first time, they might not even have the need to find out more about them.

The main thing could be that they have found someone who they like and who likes them. But if they were to find out more about them, it doesn't mean that this would have much of an effect on them.

It may only be a matter of time before they are in a relationship with someone who isn't right for them or who is abusive. At this point one might realise that that they need to end the relationship, but then again, they might just put up with it.

There may have been people around them who could see that the person they are with was not right for them at the beginning. If one did receive this feedback at the start, it wouldn't have made much difference.

Firstly, there would have been the effect their emotions had on their ability to see what the other person as like. Through having the need to feel better and whole, it would have stopped them from being able to think rationally.

Secondly, being with someone who isn't right for them or who is abusive could be what is normal. The kind of experiences that one had during their early years may have set them up to believe that this is what relationships are like.

If one can relate to this, and they want to change their life, it might be a good idea for them to reach out for external support. This can be provided by a therapist or a healer.