10 Qualities Most Women Look Out For In A Relationship 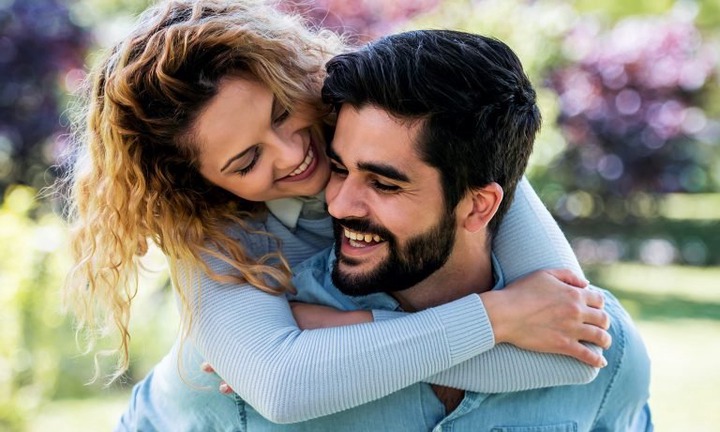 It's easy to understand why some women who used to appreciate attractive men end up dating or marrying men who are less attractive. It appears to be due to a shift in priorities throughout time, from what doesn't matter to what does.

A woman wants a man who can make her laugh in addition to his physical features. She needs a partner who will stand by her side. A gentleman. And a man she can count on while she's going through a difficult time emotionally. Someone who is capable of shielding her from her fears. a person who inspires.

However, many women still prioritize frills over priorities. Such women are readily swayed by their physical appearance... At the end of the day, they're trapped in a toxic loop. As a result, you may be thinking as a woman, "What are the attributes of a nice man I should be seeking for in a relationship?"

Qualities Of A Good Man To Look For In A Relationship

1. He values you and what you have to offer.

Finding a partner who respects you for both who you are and what you are might be challenging. Such a man notices the unique features in you that other men (perhaps your ex-boyfriends) overlook. If you happen to come across such a man who actually values your influence, don't let him leave. He's probably the right person for you.

What does a woman want more than honesty in a relationship? The reality is that many girls are a little uneasy around guys who are genuinely very honest most of the time.

However, this does not negate the reality that such men are the greatest. One of the benefits of dealing with an honest individual is that you may trust everything he says and rely on his comments without hesitation.

A smart guy is the ideal match for any woman. When I say smart, I don't necessarily mean a bookworm, but rather a guy who knows his way around the city.

Smart people solve difficulties quickly and with ease. They're resourceful and forward-thinking. They have the ability to make something beautiful out of nothing. To put it another way, they can recadily improvise and see the larger picture.

A self-confident man is aware of his value proposition. Self-control, self-discipline, and self-awareness are not challenges for him. He's the kind of guy that believes in himself and is prepared to face whatever life throws at him.

He does not rely on others for assistance. He instead rolls up his sleeves and gets to work. Men who are self-confident do not seek external approval. They are aware of their worth, as evidenced by how they walk, talk, touch, and adore you.

I'm confident that any man who hears the word "committed" will start overthinking right away. For many guys, the word "commitment" is one of the most difficult to say. Even said, some guys have no qualms with committing to their girlfriend and making her happy. Such a man will enjoy spending time with you, will prioritize you, and will never force you to question or overthink things.

You know how hard it is to be with a man who isn't romantic in the least. They simply shrug their shoulders and gaze at you indifferently when you offer stargazing or any other romantic pastime. Worst of all, you shouldn't expect them to make romantic gestures like the rest of the guys.

We must not overlook the importance of duty when discussing the characteristics of a decent man. Every woman's fantasy is to find a responsible man with a strong moral compass. A man you deserve accepts responsibility for his actions, apologizes when required, and does not avoid conflict.

Who wants to be around a pessimist all of the time? A happy attitude is no longer a luxury, but rather a requirement and a valuable asset. A man with such a mindset is a true treasure since he is motivating, ambitious, and self-assured. I'm not joking when I say that he wouldn't make a good boyfriend if he didn't have a cheerful attitude.

A good guy is someone who cares about a woman's happiness and well-being, according to many women. That is, indeed, an excellent definition. A man who is unconcerned about others or himself will also be unconcerned about you. You know a relationship with such a man is doomed.

Every woman requires a man who will inquire about her day, who will want to listen to her when she is sad, and who will do all the little things that demonstrate his concern.

Content created and supplied by: Legendarry3310 (via Opera News )