Relationships: Why Do Some People Always Try To Impress The Opposite Sex?

By LoveTrerapisy (self media writer) | 1 year ago

Relationships: Why Do Some People Always Try To Impress The Opposite Sex? 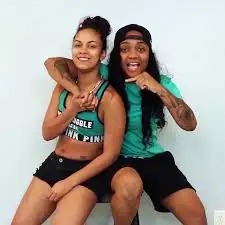 It is not uncommon for someone to hear that they should just be themselves around the opposite sex or the same sex, depending on their sexual preference. And while this sounds accurate and exactly what one should be doing, it doesn't mean that this is what always happens.

At the gym, one can use a running machine to warm up or to improve their fitness and stay on there for longer. In the beginning they can just walk and as time goes by, they can increase the speed so that it is possible for them to run.

When one is able to be themselves, they are able to just walk around others; this means that energy is used but it will be minimal. And when this is not possible one ends up having to run around others and the amount of energy they use is going to increase.

And this is because they are unsure of their value and therefore need to use so much more energy. Whereas when one does know their value, they are able to relax and to let go. They are not trying to be anyone or to impress another person, they can simply be themselves.

And the actions they take are then a reflection of the fact they value and appreciate themselves. However, if one has a pattern of trying to impress the opposite sex, they might not even realise they do it.

If one was to put more effort in learning a new skill they are likely to improve as time goes by. And yet, when one tries to impress someone through putting in effort, it generally causes the opposite effect.

Rarely does it make the other person desire them and in a lot of cases, it repels them. And even if one is able to attract someone through impressing them, it is going to be for the wrong reasons.

In the back of one's mind is going to be the realisation that the other person is not with them for who they are, they are with them for what they do. This is similar to what happens when someone buys something and shortly after they feel a sense of remorse.

If one is putting all this effort in and is not attracting any one, it could cause them to feel resentful and like a victim. And as their actions are having no effect on others, they could end up feeling powerless and hopeless.

This can range from clothes, to surgery and everything in between. Through buying things, one is able to cover up how they really feel - at least for a short time. What it won't do is allow someone to experience authentic intimacy with others.

It is human nature to want to be close to others and yet, this is often unable to happen when masks are worn. And when one is trying to impress someone, it is clear that they are not being themselves.

If they didn't do what was expected of them, they ended up being ignored and rejected. This caused them to end up as human doings and not human beings.

This means that as one didn't receive the acceptance they needed when they were growing up, they are still searching for it as an adult. And when they feel accepted for who they are, they will no longer have the need to always impress others.