8 Secrets That Men Hide From Their Partner

By Lifepost (self meida writer) | 1 months 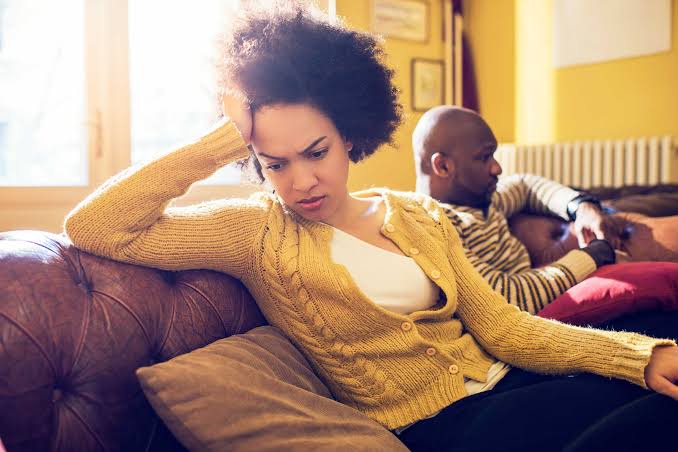 Men would like us to think they've got it all under control. They've got this manly men thing down pat, nothing scares them, and they can definitely provide for and protect the family.

No problem! Except we know that's not really true. Our husbands and boyfriends harbor a host of fears that they don't dare mention out loud -- and some of those fears may surprise you.

One of the most important keys to a healthy, happy relationship is good communication. How can you get your partner to open up and share his feelings with you? Allow him to speak freely and honestly, without blowing up or overreacting in the moment.

If your boyfriend or spouse feels comfortable enough to share his thoughts and feelings with you, there will be no need for him to keep things from you. Until that time happens, however, here are some secrets men keep that you might want to know:

1. Men are more likely to feel insecure about their finances and careers.

Most women work and most families are dual-income. But men are still more likely than women to express anxieties over their careers and finances.

"Men are raised, in large part, to be providers," Rodman says. "When they feel they're not providing, or their provisions aren't up to snuff, insecurities seep in."

These insecurities aren't just about their own self-worth, but also their worth as boyfriends, husbands, or fathers.

2. Women aren't the only ones insecure about their bodies.

A number of men expressed insecurities about the way they look, from their weight to their hairlines and even the size and shape of their manliest parts.

Consider this a reason to tell your man how attractive he is. He just might need a reminder.

3. Never Getting You Back to Himself After Kids

For men with small children, their biggest fear is that they're not going to get their wife back and that their children are taking over.

Maintaining your intimacy is crucial, and it's best if you can talk frankly about how to do that while you're pregnant before you have kids, Michael emphasizes.

If you already have kids, talk about how to regain your closeness.

4. He wants your support

One of the greatest feelings to a man in a relationship is knowing he has a woman in his corner, someone who believes in him no matter what and sees him for the great man he is and the amazing man he could be.

There is comfort in knowing that you will be there for him even if he fails, especially since failure is the hardest thing for men to deal with.

When you support him and believe in him, and it comes from a true and genuine place, he feels on top of the world, like he can do anything.

Most women don’t realize the enormous impact our approval has on men; in fact, I would say your guy is starving for your approval.

Men are very annoyed to get into fights or conflicts with their partners, for that reason, they must tell you a little lie to keep you happy. They can be small, or big things, the problem is when they do it very often and it becomes like an extreme sport. You must be attentive to what your man tell you and if you feel he is doing it more times, he probably has other intentions.

They do not do it on purpose (most of the time), they usually flirt with some girl in the cafeteria. In fact, they do it daily, even if they do not tell you, it can be from a small glance to a stranger on the street, to a compliment to the beauty of work. Maybe they could get to a talk with a woman in a bar. Keep in mind that men are like that by nature, but you should also be sure of your partner and not go crazy with jealousy.

Many men feel disturbed that they are aroused by aggressive or obscure content.

Because they're worried that they'll be judged, they'd rather not disclose what's going on.

8. What Is Actually On His Mind That Second

When a woman asks a man 'What are you thinking about?' and he says 'Nothing,' it's true that doesn't mean literally nothing. What it means is he was thinking about silly, stupid shit that he doesn't want to try to explain without sounding like a moron.

Photos Of 10 Nollywood Actresses Without Makeup That Will Interest You.

"If You Are Not Providing Or Professing Your Love To A Woman, Don't Waste Her Time"- Kiddwaya

Take a look at Lilo’s makeup last night that got people talking.

Ladies, Check Out 50 Trendy And Stylish Ankara Design To Try Out For Every Occassion

BBNaija Reunion: Moment Nengi reveals what she is looking forward to in this reunion