Some women are evil, see pathetic story of how a woman destroyed this man's life 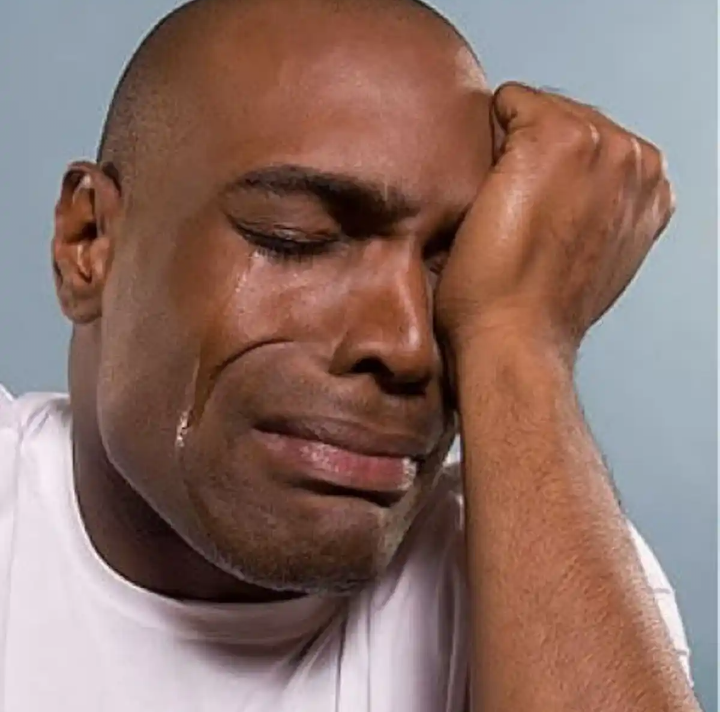 Currently trending on social media is a story of a man who recently discovered that his kid of 6 years isn't his and his partner has been lying to him, Here's his story

I met her in 2012, things were good and in 2014 she told me that she was pregnant, because we were having unprotected sex I accepted it and I was so supportive throughout her pregnancy. On the 4th of August 2014 she gave birth to a handsome boy. I was so happy and so was she.

Her pregnancy brought shame to my family as my parents were well respected and good church leaders, so u can imagine how people felt that pastors child has inpregnated someone. Well my parents didn't take it well and in that process neglected me.

I was at University by then, and when the baby was born because of lack of financial support, I decided to drop out in my third year and go job hunting, as I had some knowledge and my O' level results were good, I got a job and moved in with my girlfriend and the child and we enjoyed our lives.

Still my parents were not interested in the child and her, the same applies to her parents (they also rejected me when I tried to pay her bride price which was very strange because I was trying to do the right thing but my girlfriend told me that they didn't want me because they thought I influenced her in a bad way, I understood and didn't blame them after getting their daughter pregnant), so we were like on our own but managed.

This year end of March (2020) I got a retrenchment notice at work due to covid-19 and indeed by June 30th was my last day of work, I didn't mind because I had money which I had saved to keep us surviving until I get a new job.

Well things took a U-turn on the 2nd of July, when I thought I got the time to spend with my child,my girlfriend told me that she needs to go see her parents at their home. I was perplexed of how she would want to go home in the midst of a pandemic that was killing people, well me being me, I didn't have a problem with it.

I was however suprised by the the way she was packing everything. Okay, after packing I accompanied her to her parents home and we were well welcome even though the was some beef here and there. I dropped her off, she didn't tell me exactly when she will be coming back but I was just thinking that it was unnecessary to ask since we can always communicate via the phone.

So on the 5th of July I was shopping in a mall around our area, I saw my girlfriend with my child together with her ex. Okay I kept calmc, I felt guilty to just pass them by, and I also wanted to just buy my son something. When I started walking towards them, my girlfriend saw me and started to walk fast, they all looked back and saw that I was coming and started to walk away from me. That was strange to me, but I thought maybe I was overthinking it. I decided to just buy the stuffs I was there for and left.

Okay, so when I got to my place, my mom and dad are there waiting for me, I was worried because my parents never visit me unannounced. And when I looked at their faces, I could see that there was something wrong, so I thought maybe someone passed away and they were there to tell me.

We got inside, they told me to sit down, now things get so strange and tensed, they asked me, "where is ur girlfriend" I replied that , she went home to see her parents

Then my father broke the news, and said "the mother of your girlfriend came to see us at home, she came to inform us that the child you have with ur girlfriend is actually not yours and his father is now back, so they would appreciate if I you can stay far away from her, the father of the child has also paid her bride price and is fully accepted by the family"

My face turned sour, I was confused, how can that be possible, because I have been with my girlfriend for the past 6-7 years? She has never dated anyone besides me, and I never suspected that she was cheating on me.

My father continued saying , "well that's what we were told, and we just came here to tell you." he added "please don't do anything crazy because the boyfriend of your *girlfriend* is a Doctor and you may get in trouble".

Mom started crying, I couldn't believe any of their words. I took out my phone and called my gf, she rejected my calls, I proceeded to send her a text message, and she responded saying "Idiot! - stop disturbing me". On seeing this, I was heart broken. I then took pictures of the child, opened Facebook, and checked my girlfriend's Ex pictures, the child looks exactly like him, his ears, his lips, his eyes, all similar 😭😭😭

This is too much for me, I'm crying currently as am typing this, I feel so hurt, it's like I'm going through everything all over again, she made me a fool, I dropped out of university, gave up my dreams all because of her while she was cheating with her ex behind my back, her ex got her pregnant and went to Cuba to study medicine, came back to Nigeria and now they are together, I helped her raise the child that was not even mine believing that he was my son. My whole life is wasted, am nothing now, while she is with a Doctor living a good life. I didn't even have the chance to say goodbye to what I thought was mine. I don't even know where to get the strength to narrate how hurt I am, but I believe in the power above. I won't avenge myself but life shall do its justice. Even if such doesn't happen, I hope to heal and move on. I can't continue with my academics and finish my course. Am broken, shattered and everything at once."

Can you trust your partner?