The True Meaning of Love Many People Don't know

By Lightroomnews (self media writer) | 2 years ago 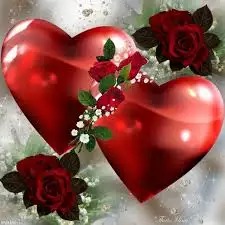 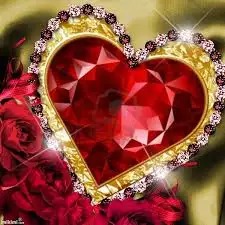 I feel my wife loves me," Michael said during his therapy session, with hurt and sadness in his voice. I asked Michael to close his eyes, to take a deep breath and relax, and to go back to the time when he decided that.

Michael recalled a recent scene when he and his wife were driving home from a visit with his in-laws. Linda was upset with him because of an incident they had with her father. I suggested to Michael that he imagine he is talking to Linda, and telling her he understands that she loves him and just did not like his behavior.

Michael repeated those words to Linda but still felt unloved. He commented, "I don't get it."

I continued, "Michael, recall a time when you were upset with Linda." He remembered a scene a few months ago when he was angry at her for charging too much on their credit cards. I then asked Michael if he still loved Linda, even though he was not pleased with her behavior. Michael replied, "Of course!" Then he smiled as he said, "I got it!"

When Michael once again returned to the scene where his wife was upset with him, he felt clear that Linda still loved him even though she was upset. His stomach no longer ached from his fear, and he was able to handle the problem and to help solve it.

When Michael opened his eyes he looked relieved. He was beginning to feel confident that he could feel lovable no matter what people said or did. Of course that really helped his self-esteem, and we both knew that it would assist him to stay centered and to better deal with issues with his wife.

Still another client, Ralph, felt very guilty for disliking his parents. "They are always criticizing me. I hate their bigotry and they are so old fashioned," complained Ralph. When I helped him to realize the difference between love and like, Ralph automatically took a big deep breath and sighed in relief. He could now accept both his feelings as okay.

To summarize, love is a general feeling of deep caring that does not change (although the form of expressing it may alter). I do not believe that we can force ourselves to love or not to love someone. We have the capacity to love many people. For example, you can love your children, parents, friends, and ex-spouse.

Being "in love" with someone means that you feel a deep caring, you desire them sexually, and you want to spend lots of time with them. If you truly love them, then you may change the latter two but you will always feel the deep the contrary, like is specific and changeable. Have you noticed that there are things that you liked in a person before but do not anymore, or vice versa? You can experience both love and like simultaneously since they are different feelings.

It is important to be able to say to someone, "I love you, and I don't like what you are doing (be specific)." This is especially important to children so that they do not get the wrong impression when you are angry. They need a clear message that you love them (then they can feel lovable), and you do not like their behavior (then explain why).

Also, telling your children or anyone else, "If you loved me you would . . .," is not love. It is a way of trying to manipulate or to control them.

I have discovered that we all want to be loved, and to love. That is, we all desire to be deeply cared about and to care about others. True love is unconditional. No matter what you or another person says or does, express your love and then deal with the specific disliked behavior.

What the world needs now is lots of love which is the opposite of fear. Accept your and others' differences. Take the time to love yourself and others unconditionally, spread deep caring--that is the key to loving relationships and to a loving world.