By VictorDavidson (self media writer) | 1 month ago

Love can feel really good, especially when it is still new. When a guy first falls in love with a woman he would want to be with her forever, but sometimes along the way, things might begin to change as the love he once had might begin to die out. 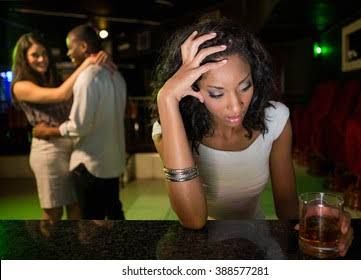 When this happens, it can leave a lady confused especially when she genuinely loves that guy. You might be unaware but there are certain factors that can cause a man to lose interest.

So in this article, I would be talking about some of those factors that causes a man to lose interest and what you can do about it.

1. He never wanted a serious relationship.

Some guys are scared of commitment, they see it as a cage because they feel they would no longer be able to do the things they love. They think that once they commit themselves to a lady, they can no longer freely hangout with friends, go out to clubs and can't freely talk to other women.

Another reason why he might be scared of commitment, is because he feels that he is not either mature enough or he is not financially stable enough to take care of both your needs and he's.

What to do when you notice this.

1. You can either leave him because you deserve someone mature enough to commit. This can be hard but if he does not plan on changing, then that is the best decision for both of you.

2. You need to come to a mutual understanding with him, and you need to remove the pressure of commitment from he's shoulder and wait till he is ready.

2. He's work is currently more important to him.

Some men are very ambitious and goal driven, that they don't see themselves in any serious relationship until all their goals are accomplished. They might get into a relationship, but one thing they do not need is too much disturbance or distraction from their partner.

The reason he is possible loosing interest for you might be because you are demanding too much time from him.

What to do when you notice this.

1. Give him he's space to do he's thing, don't put too much pressure on him to spend time with you. As much as work is on he's mind, you are also on he's mind so don't worry too much because he would definitely make out time to spend with you.

2. If you can't put up with him always being busy all the time, then you can move on as he is not the right one for you.

3. He believes things are going too easy.

Sometimes because you like a guy, you might make it way too easy for him to date you. You easily go on dates with him and you want to spend all your time with him.

But making things too easy for him and not making him put in any effort to get you might make him not truly value you. So the best thing to do is to stop being too easy and make him start putting in some effort for you.

4. You expect way too much from him.

When you keep demanding like this, he will picture he's freedom disappearing, and that fear of being trapped in the relationship will freak him out and make him become distant. He will pull away and slowly lose his interest in you.