By Sirlloyd (self meida writer) | 8 days 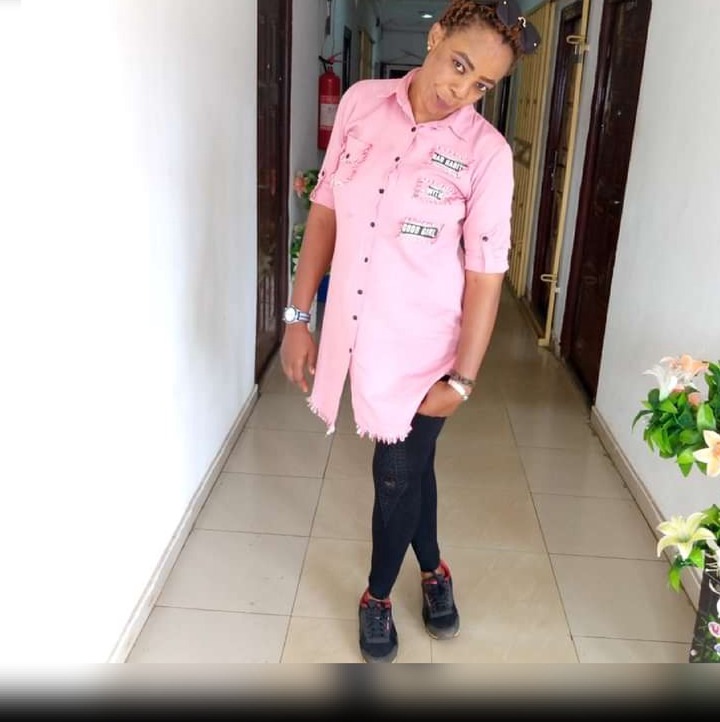 Marriage is an institution meant for matured individuals who knows what it means to tolerate and be together for better or worse, but when a third party comes in to hinder your marriage, it becomes an issue.

This is exactly what a lady whose name is Conscience Emmy, is passing through, as she said a widower who was her childhood friend, wants to have her as sex companion. She share this on a Facebook group known as "Mummies are Home Builders".

According to her, the man in question whose name is Chidex lost his wife 3 years ago, and after coming to the Eastern part of Nigeria to bury his wife, he decided to relocate permanently with his three children. As her childhood friend, she reconnected with him, but he started developing interest in her sexually despite the fact that he knew she is happily married.

Interestingly, she said he doesn't want to remarry, but wants a married woman like her who will be his friend so that he can sleep with her whenever he feels the urge to.

Emphatically, the offer did not go down well with her as she said she can't break her marriage vow by cheating on her husband. According to her, he calls her everyday and even sent her money on "Mothering Sunday" to cook him varieties of soups he would store in his freezer which she did, and he decided to reward her with 50 thousand naira and kept insisting he want her to be his sex companion. She has refused to give in to his sexual advances and has decided to avoid him.

For this reason, she decided to take the Issue to the group on Facebook so that women can advice her on what to do and how to go about it.

Below is the what she posted 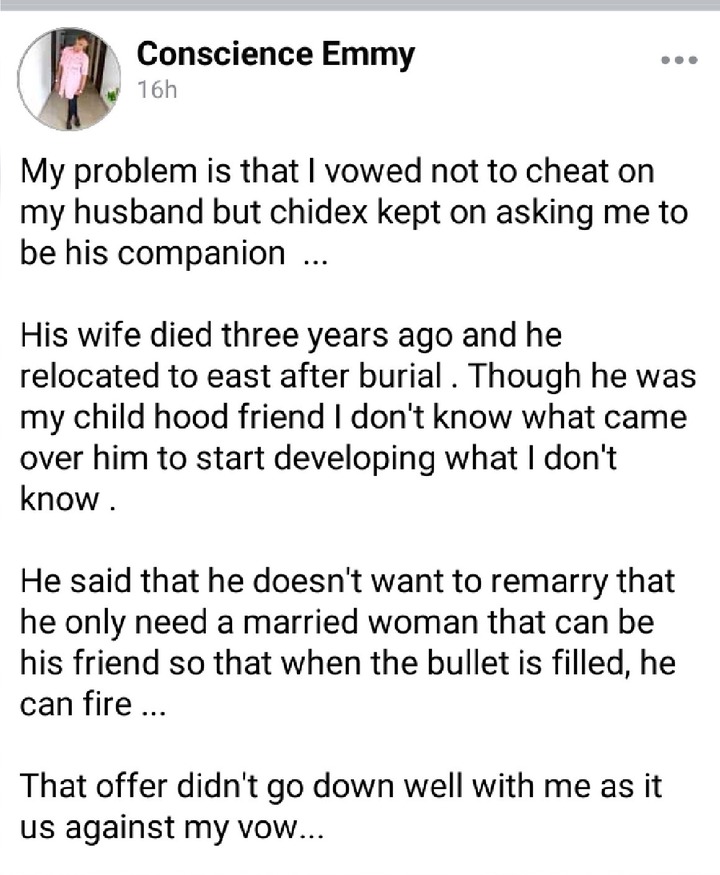 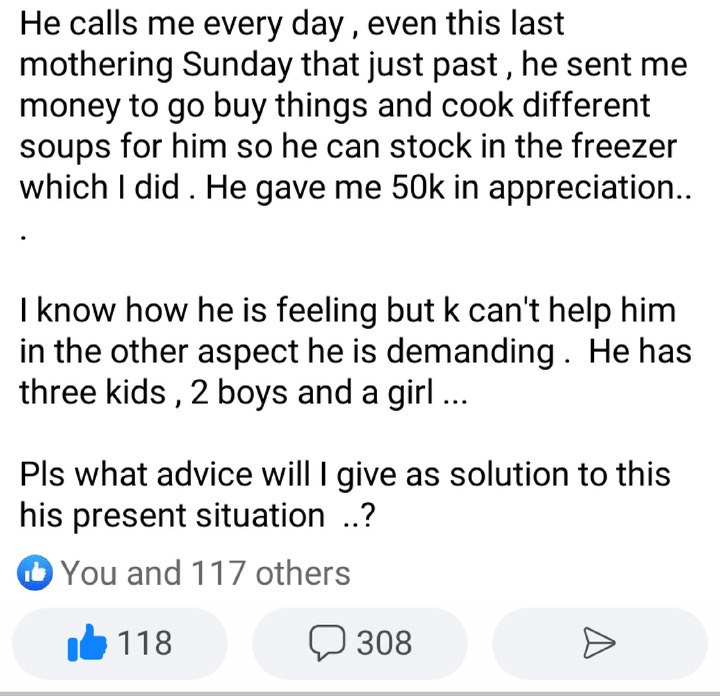 When a woman is married, this is one of the temptations that comes their way which can spell doom to their marriage if not handled properly... 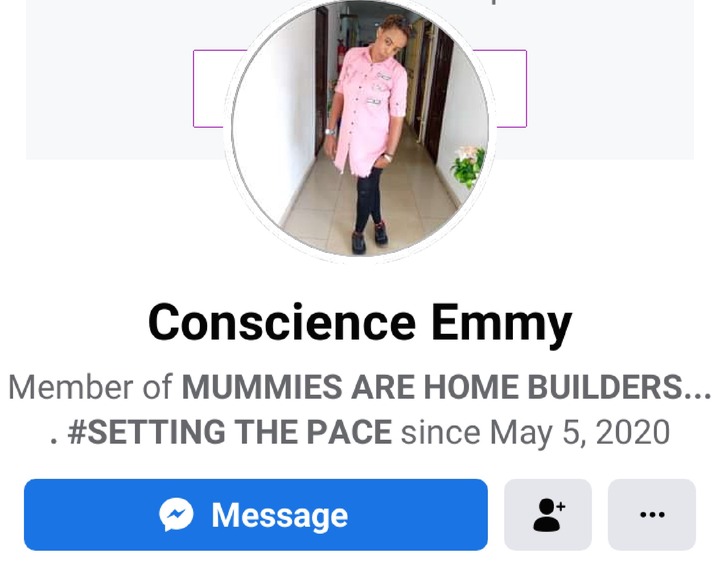 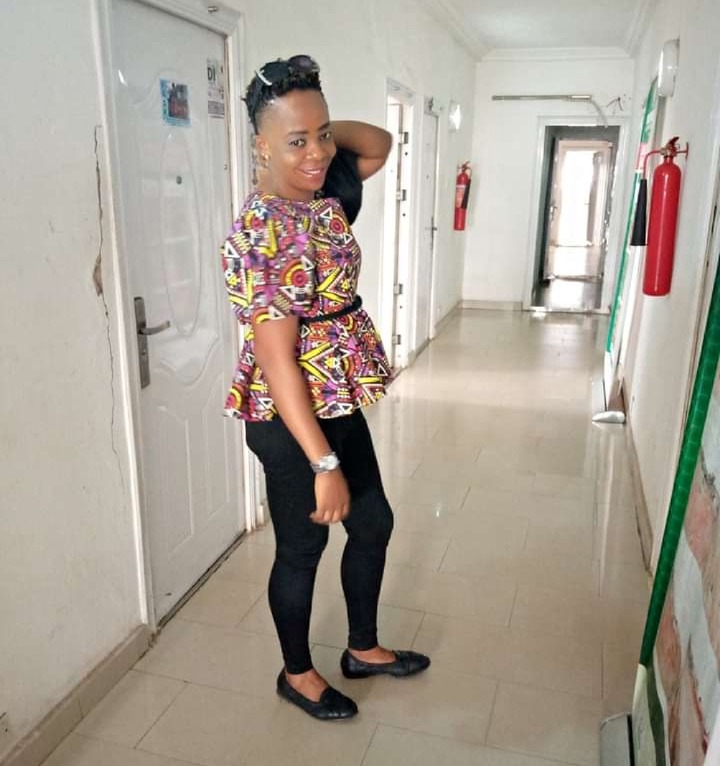 What advice do you think you can give her since the widower in question is her childhood friend?

"Your Opinions Are irrelevant, Nigeria Is Not Failed And Will Never Fail" -Man Replies John Campbell

Buhari Has Favoured Ndi Igbo More Than Any Other Ethnic Group, Yet They Condemn Him- Onochie