Why Parents Need To Stop This Method Of Feeding

By LawaljoTv (self media writer) | 2 years ago

After finally having a child, whether easily or the hard way where it took years to get one, we become careless in handling our babies over time. This is mostly because either we think another would come or is already on its way. 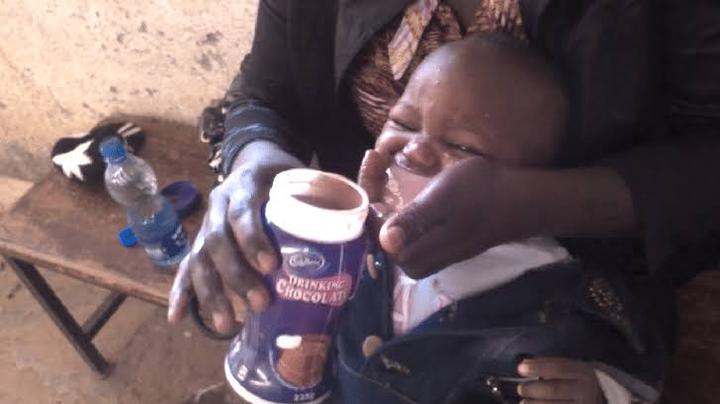 There is a mode of feeding which unargueably , most of us went through while growing up. This mode of feeding, wasn't very pleasant but we managed to survive it. Now young mothers of today still practice it in the name of "It has not killed anyone I know". You don't know this for a fact because you don't know everyone. 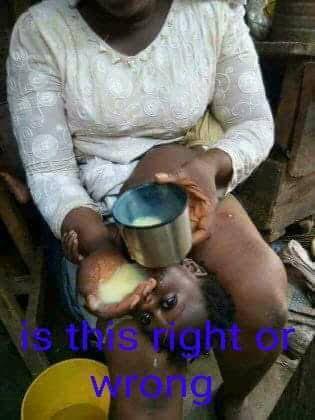 This feeding method does not have a specific name but it is characterised by torture. Where the child is being forced to eat. A time to eat is supposed to be one of the happiest moment for children and not necessarily having to force them to eat.

Why most mothers use this method;

Aside from the fact that most of the mother's seen using this method of feeding are poor mothers, they are mostly not enlightened and those who feel it's their tradition and cannot stop for any reason.

He are some of the reasons they feed their kids with this method below;

1. When the child is refusing to eat.

3. When they need to give the child drugs they know he/she wouldn't take ( its not just with food, drugs too are served using this method after diluted in water).

4. When they need the baby to sleep, they just over feed the baby using this method to make them sleep afterwards.

5. When they want to go out and they wouldn't like to use natural milk to feed the baby.

6. When they would be out for long and don't want the baby to be hungry.

7. When they don't want the baby to eat by themselves in order not to mess up their clothes.

8. When the baby doesn't have appetite for that meal. which is mostly because they give thesame pap almost Everytime without change.

These are some of the reasons they make their children go through this torment. A child who is pleased with what you're giving him or her would always eat with joy. You don't force a child every single day with pap and expect that child to come running each time you want him/her to eat.

Note: most times, after serving the baby be force, they are likely to throw up. After gasping for air for soo Long, they are forced to throw up when being released from that bondage.

How this feeding is done

The child who usually goes tries to run whenever he/she sees his/her mom with a cup and calling out for them, is being caught by the mother. The child starts crying immediately because they don't want to be fed the way they are obviously going to be fed. 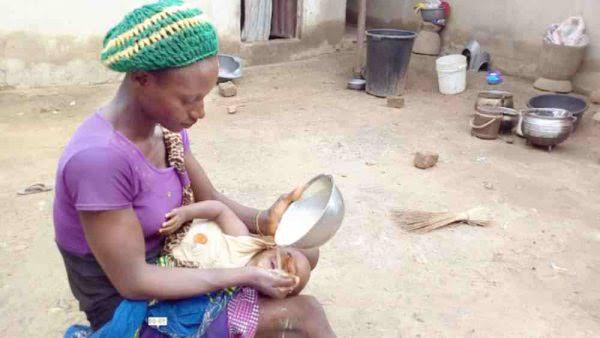 The mother sits on a small chair, one which could allow her tie her baby in-between her legs. She wraps the baby in such a way that the hands and legs are never an obstruction. This way, the head is revealed. The baby's nose is covered with one hand, which also forms a bowl where the pap is been poured.

The mouth is not forced to open but the nose is closed, when the baby tries to breathe with the nose and can't, he/she is then forced to open the mouth to allow air in. By opening the mouth, instead of air, the pap goes in. This process is repeated for however long it would take until the child finishes the pap. It could take five minutes or even more.

Reasons why this mode of feeding should stop immediately

Now allot of mothers have given reasons why they stopped this method. They all agreed at some points, they had to rush their kids to the hospital after feeding because the child almost died. Few others actually lost their children which is an act they weren't Soo proud of.

This forced ripples of the pap, can pass to the lungs of the child because of the positioning of that child. It would take God's grace for that child to survive. We have often asked one similar question which is, "Our parents fed us thesame way, why didn't we die"?

The truth to that question is that, you are one of those lucky ones who didn't die. It doesn't entirely mean that others didn't die. No mother would come and admit to you that she killed her baby mistakenly while she was trying to feed him or her. They always tried to use other reasons for their children's death. Very few of them admitted.

Also, In the days of "Ignorance", mercies prevails. The moment you now know this is wrong, God takes out that mercies and you become solely responsible for your actions. 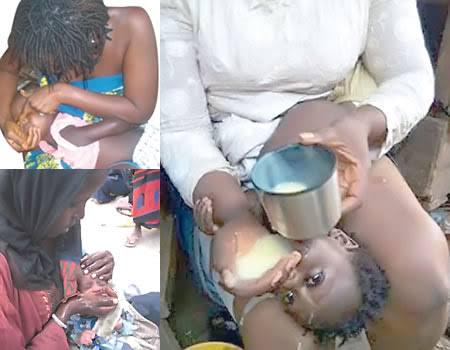 Another reason why this mode of feeding should stop is the fact that, we are gradually loosing cultural values and traditions. We might not have had too many problems from our parents feeding us this way because, they learnt these things very well from their own parents. Truth is, how many of the young ladies take time to learn how to properly do this from their mothers? I bet you know the answer to that. That's why we may have a disaster if these sets of ladies who are now mothers, tries to do this to their own children.

A word, they say is enough for the wise. Please give your kids what they love to eat and you won't have to force them to eat. 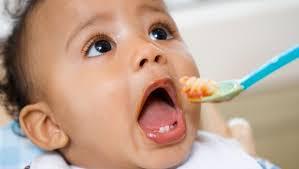 If they don't have appetite, give them multi vitamins. Stop this inhumane act called feeding.If this was helpful in anyway, please like, share and comment Bellow. let hear those who were fed this way and feel it should stop or continue. Thank you for reading.

Content created and supplied by: LawaljoTv (via Opera News )