Relationships: Reasons Why most Ladies Find it Difficult to Handle Break up When a relationship comes to an end, it can cause one to experience a lot of emotional pain. In fact, it can feel as though their whole life has come to an end, and one might then wonder how they are going to cope.

How they feel at this point in their life can then be radically different to how they felt just a short while ago. Before, it could have been as if they were on top of the world and now, they might find it hard to get out of bed.

This could show that they were with this person for a number of years, or it might have only been for a matter of months. But how long they were to together for is, ultimately, irrelevant; what matters is how they feel now that it is over.

If one was only with them for a few months, they could say that there is no reason for them to feel this way. In addition to what takes place in their own mind, other people could also say something similar.

Yet, even if they were only with someone for a short while, it doesn't change how they feel. So, if one does have a go at themselves, it is going to make it even harder for them to handle what is taking place within them. 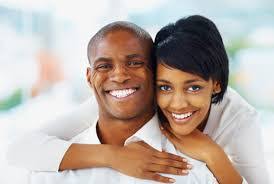 The Masculine and the Feminine

The reason for this is that although the thoughts in one's mind can be changed through force, the feelings in one's body need to be acknowledged. One is then not trying to change how they feel; they are surrendering to what is taking place in their body.

This could be seen as something that is 'easier said than done' and this is due to the fact that the mind is obsessed with doing things. The body, on the other hand, is more concerned with being.

What can cause one to experience conflict is when they believe that their feelings are created by their thoughts. In reality, this is a half-truth; the other part of this it that their thoughts can trigger feelings that have built-up in their body.

When one believes the former, it can set them up to be obsessed with what is taking place in their mind. Their mind is then going to do everything it can to stop their body from speaking out.

Going Round the Houses

Through denying how they feel and thinking positive, for instance, one might be able to go back to how they were before. But after a little while, they may find that it is no longer possible for them to do so.

Conversely, one could end up finding someone else to be with, and this will allow them to change how they feel. This is then going to be similar to taking a piece of fruit or veg and injecting it with hormones, so that it looks fresh.

The reason for this is that even if one does feel good, the feelings that they were experiencing before won't just have disappeared. Through having another person in their life, it will have allowed them to disconnect from their true feelings.

The trouble with this approach is that if this relationship was to end, it is going to be even harder for them to handle the break up. What this comes down to is that they will have another layer of pain to deal with.

One can then believe that they are getting away from how they feel, but this is going to be nothing more than an illusion. If one didn't take this route and they wanted to face their pain, they could have the need to understand why they are in so much pain.

They could feel angry, powerless and hopeless, and below this is likely to be a sense of loss, which will mean that they are experiencing grief. One could also feel rejected and abandoned, and they might even feel suicidal.

If one was with someone for a long time, it might be a lot easier for them to accept how they feel. But even if they were, they might still believe that that they shouldn't feel this way, that's if their emotional body hasn't stopped them from being able to think clearly.

And if one was only with someone for a few months, they might get a sense that something isn't right. Now, as they were in a relationship that is now over, it is going to be normal for them to experience pain.

This is just part of being human and not something that can be changed. However, if one had a childhood where they were abused and/or neglected, it can make it a lot harder for them to handle a breakup.

Up To the Surface

The end of the relationship will have triggered the trauma that has been in their body since they were younger. This may have been a time when they were treated badly year after year, or there could have been one or two instances that had a big effect on them.

Not only are they going to be carrying a lot of pain within them; these early experiences may have stopped them from being able to develop the ability to handle their own emotions. One will then have a big problem but as things stand, they won't be able to do anything about it.

If one can relate to this, and they want to change their life, it might be a good idea for them to reach out for external support. This can be proved by a therapist or a healer.