The United Kingdom was first introduced to Marie Buchan of Selly Oak in Birmingham on the reality television show Benefits Britain: Life On The Dole. The show documented her rather interesting lifestyle… 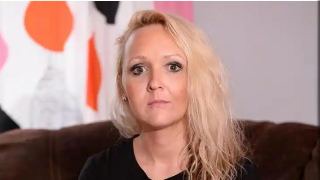 More specifically, Benefits Britain showed how Marie, a single mother, raised her eight—yes, eight—children while living off of welfare checks. She earned the nickname “Octomum”—and eventually, a lot of the nation’s ire.

Marie received £2,000 (about $2,600) a month courtesy of government programs. With these monthly checks, Marie was able to feed and clothe her kids, who took up most of her time and energy. She didn’t have a job.

So when the U.K. opted to cap her benefit payouts at £23,000 (instead of £26,000), she felt she was in serious trouble. “This benefits cap is getting out of control,” she said. Still, officials informed her she had options.

By working just 16 hours per week, officials told her, she could still get the maximum £26,000 in benefits, meaning she could make even more than she had been before with the extra income. Exasperated by the news, she said, “I am being forced into work.” That was how Marie, after two years of searching, ended up with a part-time job as a carer, working 16 hours per week. In addition, she received enough welfare money to cover her rent every month. But Marie wasn’t exactly satisfied…

Despite speaking out against the cuts to welfare benefits, Marie often spent her money on unnecessary stuff. For instance, she bought a horse and made sure to tell the hosts about it. But that wasn’t her most outrageous purchase…

In 2018, Marie planned to spend the money she earned as a carer on £4,500 breast augmentation surgery. “I feel after having eight children,” she said, “I need a little bit of help firming things up.” Tax payers were livid.

As one disgusted citizen tweeted, “So she’s admitting on TV she is not spending a penny of her money she will be earning on her kids, just the tax payers [sic] money.” The public was further enraged by Marie’s next purchase… Breast implants weren’t the only cosmetic surgery that interested Marie. Due to what she called “low body confidence,” Marie had reconstructive surgery done to her genitalia—using her earnings. But, in fairness, she was working to improve her life.

While taking care of her children and working, she spent one day per week training to become an auto mechanic, something she said was a dream. She even earned a level-2 diploma. She just couldn’t find paying work.

“I’ve been promised work and have turned up to start, only for an excuse to be made not to take me on,” she said. And she had an interesting theory as to why that may have been…

“Maybe they feel I am too sexy for a male-dominated workplace,” Marie said. “But I just wish they would give me the chance… I want to work.” And she did allegedly have noble aspirations, too.

Marie felt women were often afraid to bring their cars to mechanics out of fear of sexist comments. She wanted her own auto repair business that traveled to client’s homes and fixed their vehicles. But she could never find her way into a positive public perception. 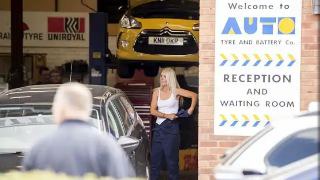 On TV, she pointed out how easy it was to get welfare. “You … have a baby, you send off the application form, birth certificate, they assess it and then you’ve got your money in your account.” Some felt she was almost bragging. But she had another shock in store.

Marie told the hosts it was “mentally draining” to work 16 hours every week and raise eight children. Worse, she felt she didn’t have time to actually be a mom. Because of that, she quit her job. “Why should I work when life is easier on benefits?” she asked

The hosts were flabbergasted. They asked Marie why she kept coming on to the show. “Why do you do these interviews when you know people will hate you for them?” host Eamonn Holmes asked. 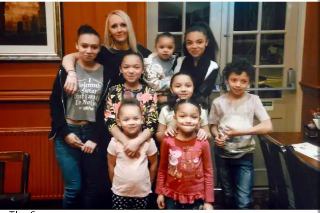 “Being a single parent is the hardest job ever,” Marie said. “And to find a job is even harder.” Indeed, she wanted to be the voice for the voiceless—those kept in poverty by welfare caps. But was she leading by example.