By RealityWriter (self media writer) | 19 days ago

It is true that there is no fast and hard rule to how married people should organize and manage their marriages because, what may work for some couples may not work for others due to the underlying factor of individual differences. Nevertheless, inasmuch there is no better way for married people to pilot their homes, generally, there are given things which should not be done by married couples, because of how unhealthy and unacceptable they may be. Among other things, it is quite wrong for a man to make plans of getting married while in his parents house, how much more bringing in the lady he has married to his family house to stay. It is okay for a man to marry when he is still living with his parents IF he will move out the next day after his marriage ceremony to his apartment (built or rented).

Below are some of the reasons why a man should not marry and bring his wife to his parents house to stay; 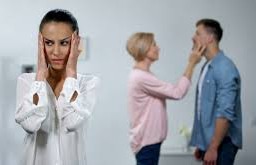 1. The Bible is against it.

According to the principles of the Bible, it is not advisable for a man and his wife to stay under the same roof with his parents. In fact, before a man will house the thoughts of marriage in his mind, he must have first separated himself from the parents. In other words, he should be living on his own. God in His infinite wisdom knew that couples would not have fulfilment in their marriages if they do not live together outside their parents home. Hence, He(God) advocated for departure from the house of his parents. Below is the part of the Bible that frowns at a man living with his parents under the condition of marriage:

"Genesis 2:24 Therefore shall a man leave his father and his mother, and shall cleave unto his wife: and they shall be one flesh."

2. It degrades and exposes the wife to disrespect and humiliation.

Most times, a man and his wife living with his parents will subject the lady to some kind of unwarranted disrespect from the family members of the man. Imagine the siblings of the man asking the lady to run errands for them. It would even give them(relatives of the man) access to get at her in the areas of her flaws in form of ridicules and slander. If a man and his wife are living alone in their matrimonial home, the man's family will not have the opportunity to do any of the aforementioned to her.

3. It limits the level of privacy and freedom married couples are supposed to enjoy. 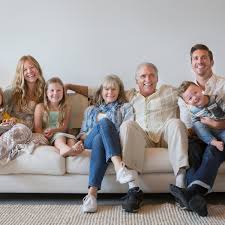 One thing that differentiates marriage from every other forms of relationships is the level of privacy and freedom couples should have with themselves. For instance, lovemaking is one of the benefits couples should enjoy however and whenever they deem fit. Such privacy cannot be fully enjoyed when they (couples) live with the family of the man. Again, living in the same house with the mother and father of the husband will not give them room to discuss private and sensitive issues without the fear of the man's family invading their conversation intentionally or unintentionally.

4.:It restricts couples freedom to train up their children the way they desire without the intrusion of the man's family members. Every couples have their unique ways of nurturing their children without anyone dictating for them how to bring up their kids. That may not be fully achieved when the couples like with the parents of the man because there is every tendency of the family members of the man intervening to counter their (couples) method of training the children which may bring big misunderstandings between the couples and the family members of the husband.

One of the things that determines the readiness of a man for marriage is living alone in his personal apartment outside his father and mother. Therefore, as a lady, until a man starts living alone, you should think twice before you accept his marriage proposal, because you will be the one receiving the heat later during the marriage.