Fiction: Two Months After Marriage, I Discovered That My Husband Already Had Four Wives.I Did This

By Multispace (self media writer) | 2 years ago 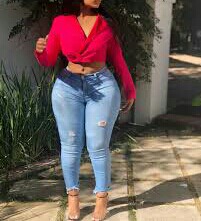 Am Angelina and just got married to Mr Goodluck,a king and a paramount ruler of his native home.I met My husband in Australia and concluded to marry each other soon as we arrived in Nigeria.

On arrival :we got more acquainted and introduced ourselves to both family.He told me his former wife is late and he needed another beauty queen like me to be his wife.He showed me pictures of his late wife and their wedding photos..I believed him and had compassion for his past tragedy.Although I never knew he had hidden lots of secrets from me.

We got married and I automatically became his queen:We loved each very much;he is such a handsome and quiet man.I was 42 years as at then but looked younger than my age,endowed with curvy shapes as well.Although i had no child,but hoped that God will bless my marriage by at least giving us a child.

Few months later,I became pregnant for my husband.But before then;I have had series peculiar nightmares regarding my pregnancy.It got to a point that I have to reveal it to my husband.But each time i tried narrating my ordeal,he trivializes it and becomes easily irritated about it.Sometimes he even rebukes me.I was just a novice then.

My nightmares got to the extent that i was often being pursued in my dreams or locked up in a coffin.Each time I ran in my dream as result of me being pursued,all the anxieties,fears and panting reflects in the real world.I always see myself panting in real life soon a after i wokeup from nightmares.

It was when I then realized that something is spiritual wrong and I needed to find out what is actually going on.My husband still kept mute over my predicament and refused to let me know anything after nagging at him severely.

I later complained to a friend of mine regarding my nightmares and fears.She advised me to go see a native doctor (diviner) who could foretell the future and give me solutions to that.What the medium revealed to me regarding my husband past marriages was shocking and terrific.

He said my husband had previously married four wives,that all were dying four months after they became pregnant.It was hard for me to believe because my husband told me he had married only once.

Nevertheless,I still find a way to believe the native doctor because of the severity of my nightmares.He said aborting the baby would only be the solution or I will die soon as the pregnancy is 4 Month old.”Two Months After My Marriage, I Discovered that my husband Already had Four Wives.What I Did Surprise Many”.

Having realized that I may die in the fourth month of my pregnancy:I hurriedly went and aborted the baby and legally divorced him just to save my life.Till date I never regretted divorcing him,and am living a good life.

Did I do the right thing or not ?

Note:Picture above do not represent original person

Content created and supplied by: Multispace (via Opera News )