Every Man wants sex in a relationship (Nigerian Lady Cries out) 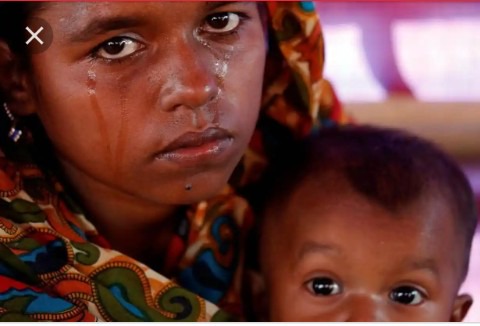 EVERY MAN WANTS SEX IN RELATIONSHIP BEFORE MARRIAGE!

Today, I'll be walking you through my Relationship Life.

In March 2018, I got into a new Relationship with Richard after my breakup with Dave.

Heaven knows how badly I loved Dave and how much I had so pictured myself in his life as his wife.

Our Relationship was at first a bed of roses not until the thirst for sex came in.

Every moment spent with Dave was worth it.

We had great dreams together, but my pains began the very moment Dave began to crave for my thighs...

All that mattered to him was my body, my hips and my curves.

Gradually, my supposed godly spouse became a wild flirt! Each time we were together, his hands kept threatening my laps.

My skirt or my gown would know no rest. The whole of my body would be in great disarray. My peace was often threatened.

No doubt, Dave was a good man and he was obviously every lady's dream!

BUT! immoral sex is one thing I can never consider.

Jane told me to give it to him, after all it was just sex and nothing more since he virtually meets all my needs, especially my school bills! But my staunch principles won't let me give in so I just had to let him go.

I lost Dave because I couldn't give him sex even when he supplies virtually all my needs, even my panties.

I lost Dave because I refused to give him sex during our eight month courtship.

It was really painful but I had to let him go...

Exactly three months after he left, I met Richard, my roommates often teases me that I have my own way of drawing Men to me: - not just anyhow Men but real Men of great caliber and strength.

I must admit, Richard is not as cute as Dave but I tell you, he isn't a bad choice.

At first, I didn't put my all in the Relationship because I am yet to recover from the state Dave left me.

Richard played his cards well and acted like the way a true Man should act in his woman's life.

Sadly, I am still a liability and not really an asset so all I can offer to Richard for his kind gestures were these simple words "THANK YOU! "

He would always smile and reply:"YOU'RE WELCOME BABY!"

Days became weeks, weeks became months, and now months is becoming a year, yet Richard has always proven to be truly in love with me but sincerely, my conscience won't let me rest.

I have this inward feeling that I am being selfish with Richard.

I have always been at the receiving end, he kept giving and supplying my needs.

My bills and everything is sponsored by him and I have his unending support in all I do but my conscience is gradually taking away my inner peace!

What if Richard wakes up one morning to ask for sex?

Would I be selfish again and turn down his simple plea?

This became a great source of worry to me.

What if Richard now ask for sex just like Dave did, will I be foolish again to let him go knowing fully well that age is no more on my side?

Twas a beautiful Thursday evening early this year, in the month of February precisely, few days to my birthday, I decided to take the Bull by its horn.

I called Richard, asking if he was back home, he said Yes. I told him I was coming over to his place to spend the evening with him. Without any hesitation, he accepted my request.

I quickly showered, picked a few stuffs from my wardrobe and off I went to Richard's place.

On getting there, we greeted and got talking...

I had a glass of wine and few cookies.

It was already getting late and Richard's gestures was like "Ain't you going home tonight? ".

Though he couldn't express it in words but his actions revealed it all.

He stood up heading towards to Fridge, I got up too and went after him.

He opened the Fridge just to grab a bottle of water and I quickly held his waist, leaning on his back caring less about my action.

He didn't utter a word.

I held him still.

The Fridge was still open and he had the bottle of water in his right hand, he held the door of Fridge with his left hand.

I didn't say anything either, I held him closer for what seemed like a million years...

Though I was shivering and also scared of what I was about to do but I couldn't bear the thought of being a selfish partner...

Jane told me that the best thing a woman can offer to her Man is sex, especially when he has proven to be deeply in love with you.

Here is Richard, he had all my needs met but my selfish nature kept depriving him of sex.

Truly, I have been a wicked spouse in this Relationship...

After what seemed like a million years, I took few steps backwards, loosened the button of my shirt, revealing my body carelessly...

I pulled off my shirt and he was just standing before me, watching the drama before him...

In my mad state of mind, I uttered these two words carelessly :"SEX ME!"

He closed the Fridge, leaned against it, and without uttering a word, he was simply busy watching my madness.

At the top of my voice, I shouted:

"EVERY MAN WANTS SEX RIGHT? SEX ME THEN! I AM TIRED OF BEING A SELFISH PARTNER! "

Tears welled up my eyes, I couldn't control it, I had to let them roll down my cheeks. Richard, you supply my every need!

Not even for once have I been able to do anything for you!

You pamper me and treat me like your Queen! Even when I am nothing but a liability and a responsibility to you!

According to Jane's philosophy of love, she said EVERY MAN WANTS SEX!

If he can supply all your needs, then, he deserves your body!

But here am I Richard, it's almost a year with you yet not even for once have I given you my Body! Worst of it all, my conscience won't let me rest! I feel I am selfish with you Richard!

Every Man wants sex right? Then SEX ME!

Do it Richard just to ease my pains since that is virtually all a woman have to contribute in her relationship...

After those words, I cried uncontrollably like a little child...

All along, he just watched me talked.

I felled on my knees crying like a little child, bowing my head so low to the ground.

He walked up to me, picked up my shirt from the ground, had me wore it. He fixed in the buttons, afterwards, he rose up my head and had his gaze straight into my eyes and said:"NOT EVERY MAN WANTS SEX! "

Some Men needs a Wife and not just sex and in you I have found that Wife and I am patient enough to wait for sex after our wedding plans...

Correction Darling, Sex is not all a woman can give to her partner in a relationship!

You have given me what is more than sex for the past few months.

Your patience, support, love and prayers is all that matters to me not really your body to give room for sexual sins. He added

A Man who truly loves you will never lust after your thighs and curvy body shape.

A Man who truly loves you will never ask for sex before marriage.

A Man who truly loves you will commit his all to make you great in life.

A Man who truly loves you will not ask for sex during relationship.

A Man who truly loves you will see your needs and not just your laps.

A Man who will make you his Wife will never ask for sex during Relationship.

A Man who truly loves you will never make you his sex tool.

A Man who truly loves you will be your strength in your weakest times!

Without a blink, he said :"I LOVE YOU BABY!,

And in you I have found the Mother of my unborn children!

We ain't gonna have sex until we are legally married.

I couldn't hold back the way I felt,I cried louder giving him a hug that seemed like forever...

Truly, God has given me a Man to call my own. I cried uncontrollably on his shoulder, he held me closer whispering:"I LOVE YOU MY BABY! "Sobbing, I responded,"I LOVE YOU MUCH MORE BABY! "

He kept whispering, "I LOVE YOU! "I continued sobbing...

If he truly loves you as a Lady to make you his wife, he'll patiently wait for you and sex you in Marriage!

He'll never demand for sex during courtship /relationship come what may!

If He sleeps with you in that relationship of yours, there is every tendency that he will never make you his Wife!

Sex outside marriage is a terrible sin before God!