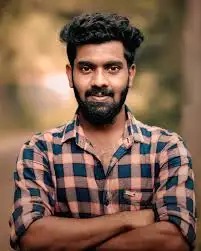 "I don't understand," said Don. "My business is going well. I'm a good provider. I give my wife and the children everything they want. We live in a beautiful house and we drive expensive cars. Last winter I took the whole family on a trip to Mexico. I don't fool around with other women. I do play golf every Sunday with the guys. But a man needs some recreation. I don't understand why I seem to do so well at work, but when I come home I feel like a failure!

My wife, Sue, is always nagging me. She either has a headache or is too tired to be sexual. Sue spends outrageous amounts of money at her favorite sport, shopping. That woman finds more things to buy than I or she can ever get to use. When I met Sue she was slim and attractive. She has put on at least twenty-five pounds and doesn't seem to take care of herself. Nor does she want to do anything for me. She won't iron my shirts anymore or get up early enough to make my breakfast. I'm lucky if I get a decent dinner once in a while. I'm sick and tired of not feeling good enough for her. No matter what I do, Sue is not happy.

My kids are disappointing too. They have so much more than I ever did. Do you think they're happy and grateful? No way. All they do is whine for more, watch television, or fight with each other. Their grades are nothing to rave about, and I know that they are bright. I talk to the other guys and they seem to have a similar scenario.

When Sue told me that she had called you, Helene, for an appointment I asked her why. She said that she was depressed. I asked Sue to talk to me about her problems but she wouldn't. She told me that I'm not hearing her. I think I do hear Sue. I hear her nag, nag, and nag. Now she has threatened to leave me if I don't come to therapy too. There is nothing wrong with me. I'm a very successful man. Many people respect and admire me. I want you to know that I'm here but I only came because Sue made me, and I resent it."

"Don," I replied, "thank you for coming in and sharing all your frustrations. If it is any consolation, I want you to know that I have heard these same complaints hundreds of times before with the many couples I have counseled. You are unique, but your problem is not. You see, Don, you probably have been brought up like most men by your parents and society to believe that your role as a husband and as a father is to be the provider. From what you told me, you have learned your job well and are a success.

However, Don, a relationship requires much more than financial success. A relationship needs feelings expressed. It is interesting Don, that you never mentioned how much you love your wife and children."

"Of course, I love my family!" Don exclaimed. "They know that. I don't need to keep telling them."

"Don," I continued, "quite the contrary. They need to hear that you love them and they need to experience your caring by the things you say and do, and not just by what you give to them.

For example, Don, when was the last time you and Sue spent time talking or cuddling? Sue told me that you were romantic when you were dating but stopped after you were married. Keeping the romance alive is very important to most women. Send her flowers and cards, leave her loving notes, hug her when you come home, tell her you love her daily. Ask Sue how her day was, and listen to her. Don't try to solve her problems, just be supportive and let her know that her feelings are valid even if they are not logical.

Don, also be attentive to the children. Spend quality time with them, and be playful and loving. Let them know how much you care and appreciate them for who they are. Tell them to be their unique selves. Take the time to tuck them into bed and kiss them good-night.

You see, Don, you can't buy love. You have generously given them your money but what they want and need even more than that is you. What makes a difference in their lives is the quality of love they feel from you. That takes your time, your attention, and your willingness to express your feelings."

To help Don really understand what I was expressing to him, I asked him to close his eyes and to imagine that his parents and he and Sue were standing in front of him. Don noticed the similarities in the two relationships, and the same problems. He realized that he had learned from his father how to be a husband, who had learned from his father and down through the generations. Unfortunately, Don had no feeling male models. Even his grandfather was always busy making a living, and rarely spent time with the family. 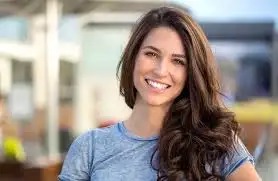 In the process, Don realized how much he missed feeling his grandfather's and father's love when he was growing up, and how much he needed it. Don also noticed that he never saw his father being affectionate and loving to his mother. He had no role model of how to express love to his wife and children.

Don continued to work with me and succeeded in healing his inner child and learning more loving ways to be and to communicate with his family. Sue also did the same. Don and Sue are now in a loving relationship with each other and the children. They were amazed how well the children responded to the expression of caring to each other and to them. The children started to do better in school and there were a lot less fights. In fact, Sue and Don pride themselves as a happy loving family.