4 reasons why couples break up and their remedies

By BeverlyO (self media writer) | 24 days ago

We have seen a plethora of marriage and relationship breaks ups in recent times. Couples break up for different reasons and we will be sharing some of them in this article as well as their remedies. 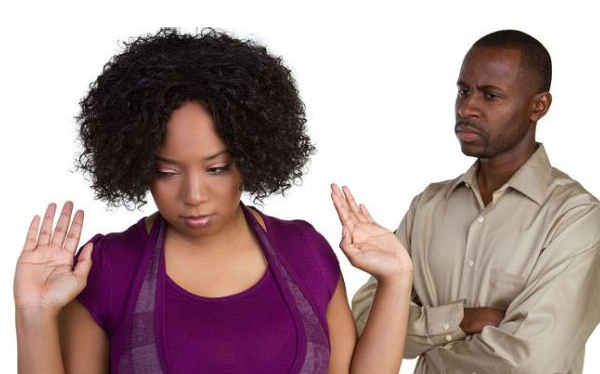 Without much ado, check out the top 4 reasons why couples break up.

We have seen many instances where couples marry and call it quits after a short period of time. Marriage requires both, patience and compromise. `Incompatibility’, or what we see as the inability to adapt, is a top reason why couples seek divorce.

Pre-marital counseling is a good idea for all couples, irrespective of how long they may have dated. It’s what helps highlight details that couples overlook, but could be the basis for conflict later.

When there is undue reliance on pornography by a partner, the challenge is always tougher. They have unrealistic expectations from the other person and their s*x life. Then, when reality doesn't match expectations, frustration creeps in.

Pornography gives birth to unrealistic needs. And while it’s common for two people to have different tastes and inhibitions surrounding se*ual intimacy, undue reliance on external stimuli creates a problem. Among young couples, it’s not uncommon for s*x to be mechanical in the first year. It takes a while to be at ease. Not raising the issue in an honest chat complicates matters. Who will take the initiative in this case, becomes a power struggle. There’s no other way to deal with this issue but talk. Or better still, involve a qualified expert.

This may not be the reason for a marriage to break up, but it’s certainly one of the most important factors in couples refusing to give their marriage a repeated chance. Most women bringing in a salary, sometimes, one that matches the husband’s, means she also wants a larger role in decision-making. Because he is no longer the provider, she no longer needs to put up with what she may not agree with. The confidence that she will be able to manage a respectable life, post-divorce, makes the decision easier to take.

While financial independence is empowering, it sometimes prods partners to lead independent, parallel lives within a marriage. This is a sure-shot red flag, and can often lead to divorce. Discuss your finances, individual and combined, expenditures and savings. Try to be a team. I know of couples, where one spends, pays bills, etc, the other saves. If this works for you collectively, great. Just ensure separate finances don’t lead to friction, especially when priorities on how these finances are to be spent, don’t match.

While modern societal norms say men should root for equal status, often, they (even the educated) continue to seek stereotypical qualities in their partners. Meanwhile, women are hoping to break free from the very same cultural stereotypes. Here lies the conflict. We’ve come across women who have been subjected to mental and emotional violence in educated homes. An educated partner, may or may not hit, but he can certainly assert his power over her by curbing her freedom to work, study, meet friends, etc.

This is a tricky one. The most common playout of this conflict is a fight over who will manage household chores. Initially, a woman may not mind manning the home single-handedly at first. But as she grows in her career, and her responsibilities (kids) double, she expects the man to pitch in. When he doesn’t, there are sparks. In an ideal situation, a couple must function as a team. Take turns, and divide the work. Putting together a simple dish when she has had a long day must come naturally to the man, and not seem like a favour. If inlaws object to the practice, speak to them as a team. Don’t lose the `we’ when presenting a joint front.