The Moment He Asked If I Was Dating And I Said No, I Could See How His Eyes Lit Up - Bride

By Richiehenshaw (self meida writer) | 28 days

One of the beautiful things about the love story of Oluchi and Nnanna is that Oluchi knew what she wanted from the beginning, that's why when Nnanna ghosted her shortly after they first met, she blocked him, because she felt he wasn't serious. But fate definitely wanted them to be together, and still found a way to bring them back together. And when Nnanna got her back, he had to rush everything because he didn't want want to lose her again.

The couple shared their pre-wedding photos with the public, and all the photos were simply a delight to see. 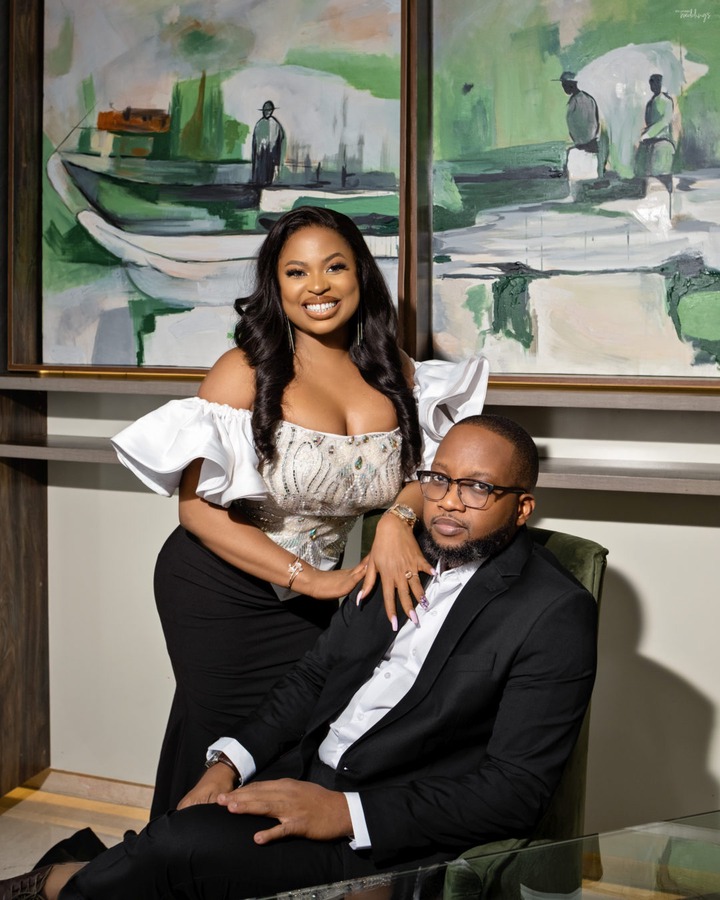 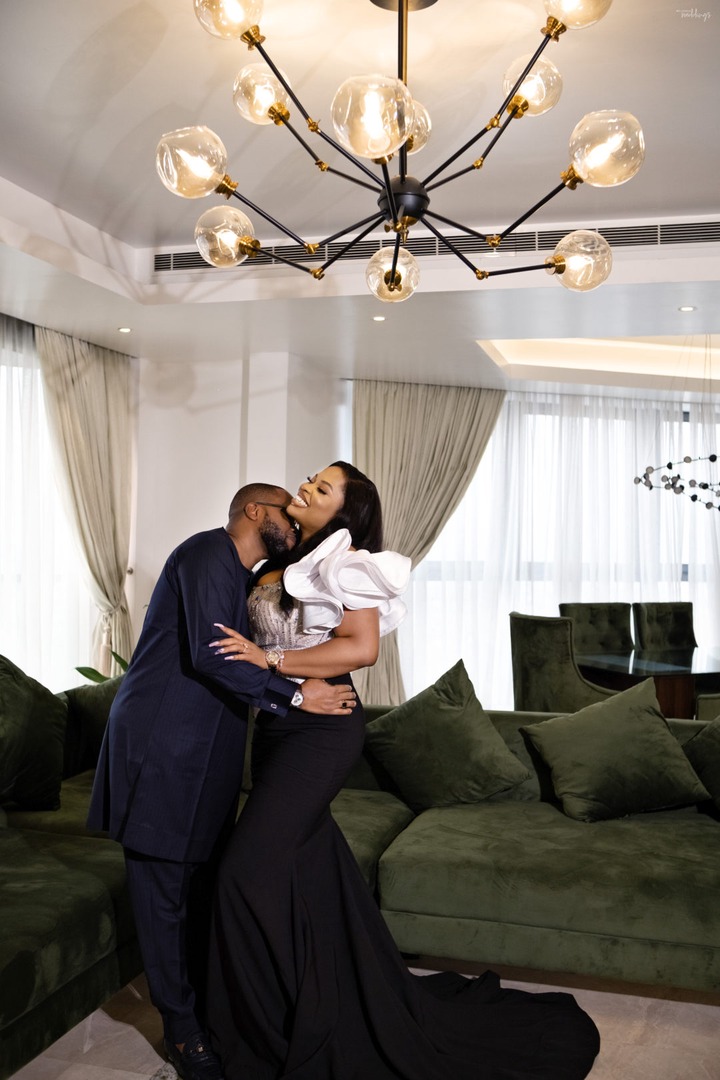 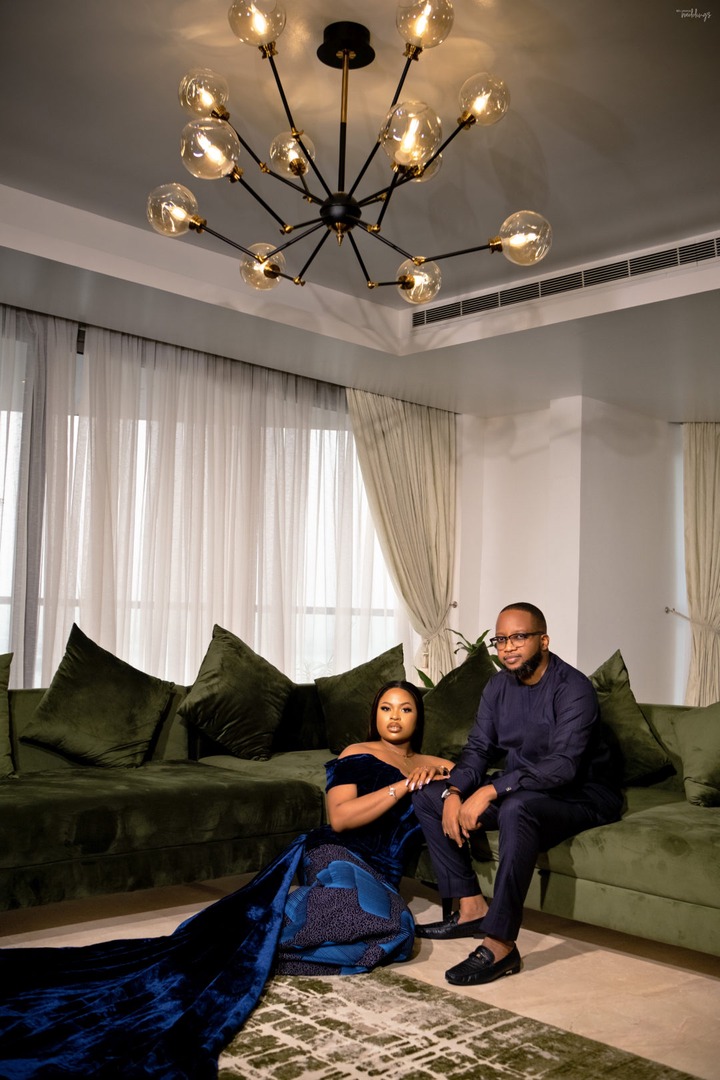 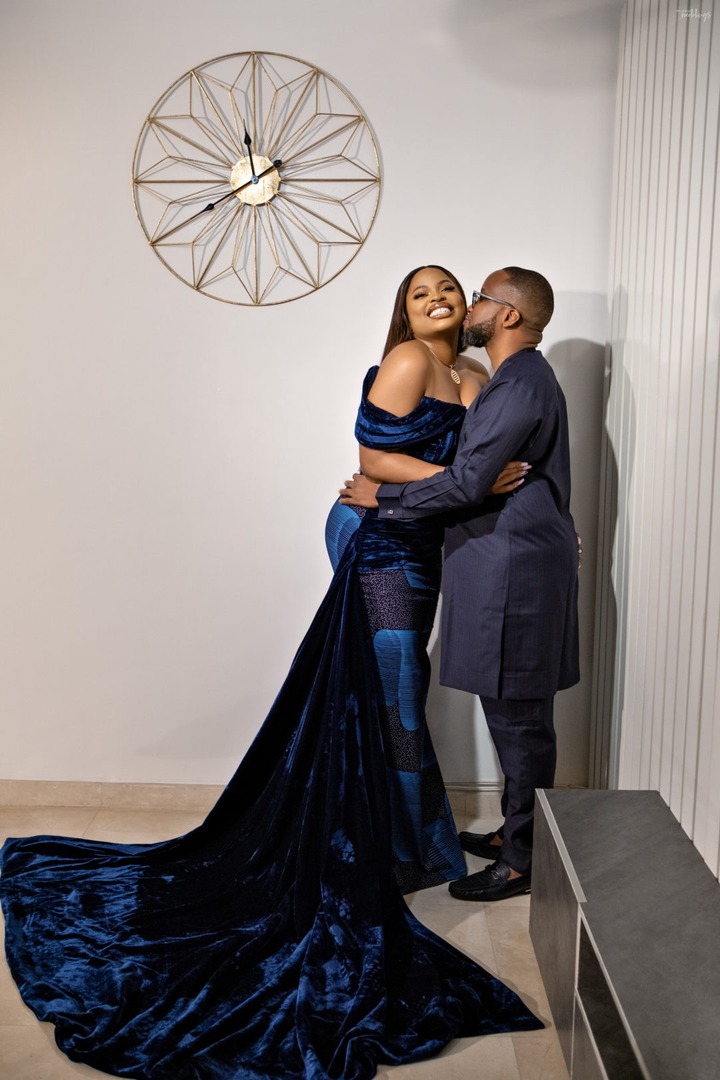 Oluchi also shared the story of how it all started, and how they finally got to the decision to spend the rest of their lives together.

He said she met Nnanna in 2019 at his office when she went to evaluate a project, and he was the one chairing the meeting. She said what impressed her about him was how articulate he was, and his in-depth knowledge of the project they were handling, and was cute too. After the presentation everyone commended him, and she exchanged contacts with him.

Later on, he sent her a message via WhatsApp and thanked him for the meeting. From there they started talking, then some weeks later after she travelled outside the country on official duty, Nnanna ghosted her. She felt she wasn't serious, and blocked him on social media platforms. 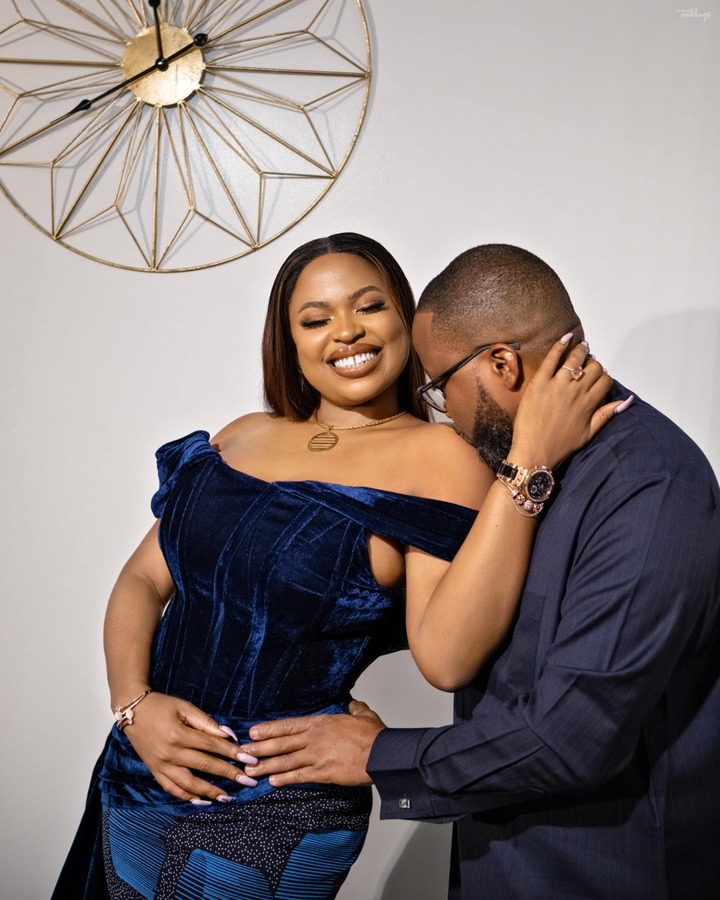 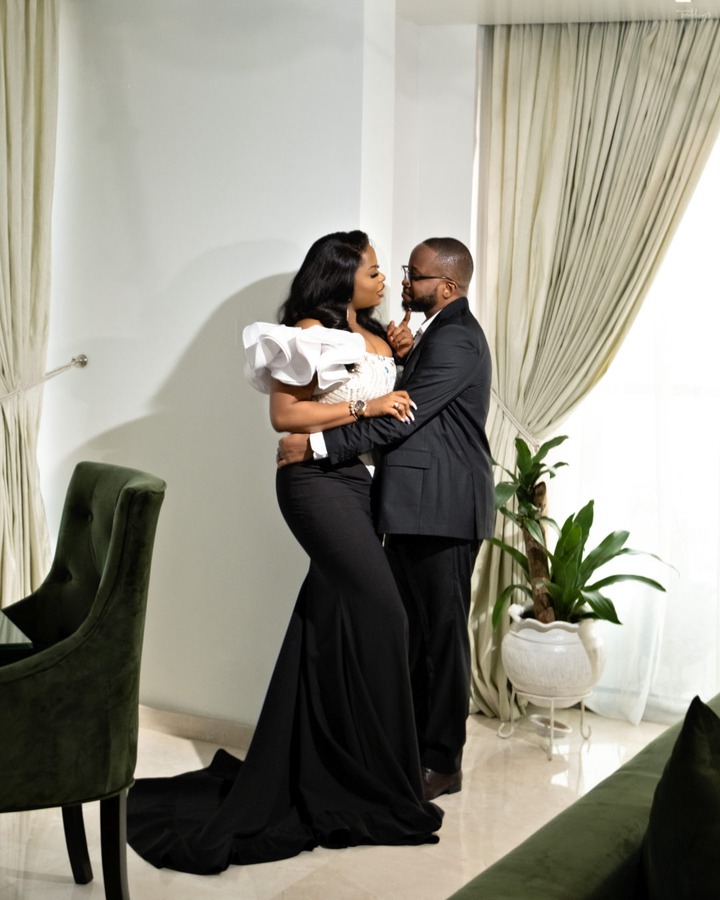 Then in June 2020, she felt concerned about him after she heard that some of his colleagues had contracted Covid-19, so she reached out to check up on him. He was so excited to hear from her, but she soon went back to her snobbish mood, but she didn't block him again on social media.

Nnanna asked her why they grew apart, and what he did that hurt her. She sent him a voice note and told him what he did that she was not happy with, and he apologized and explained what he was going through then.

They later decided to meet and talk on September 13th. She was reluctant to meet him, but her friends pushed her to, and she decided to honour it. 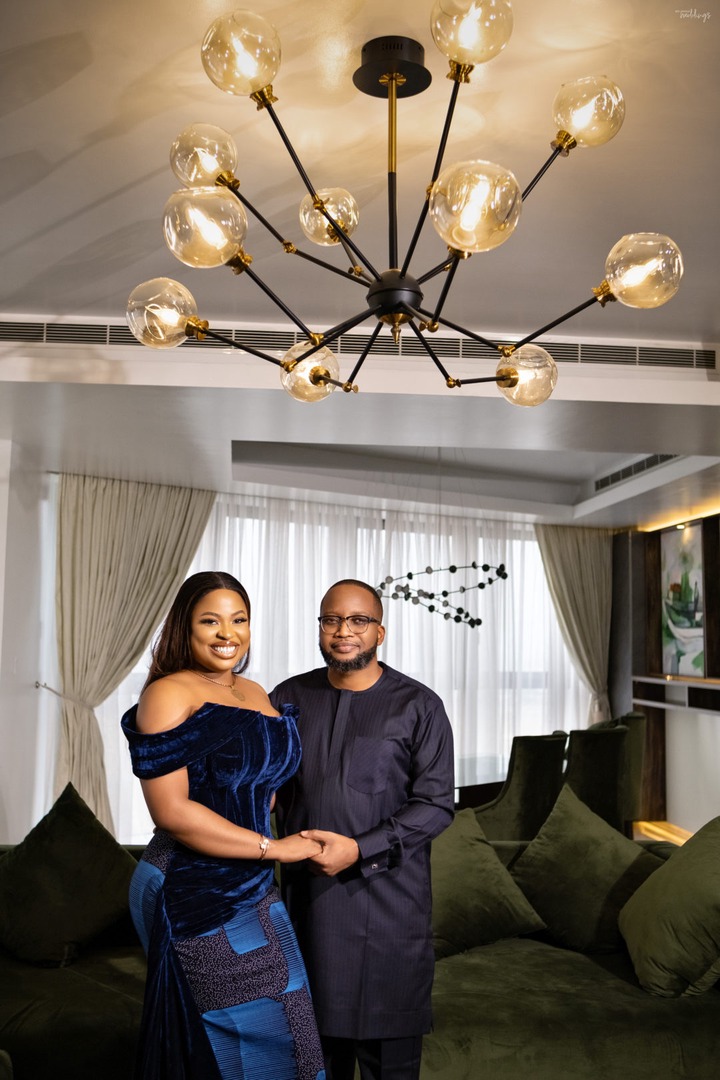 When they met, Nnanna made her laugh, even though she tried to show that she was not enjoying his company. She added that the moment he asked if she was dating and she said no, she could see how his eyes lit up.

After that, Nnanna became so persistent, and was determined not to lose her again. He asked her out on a date for every single day for two weeks.

On September 20th, which was exactly a week after they reconnected, they officially began dating. On December 20th, Nnanna popped the big question, and on March 20th 2021 they had their traditional wedding.

She also spoke about what has made their relationship so strong. She said that they talk about everything, and that from the beginning they were very intentional about what they wanted.

Their story is indeed a unique one. Nnanna learnt his lessons when he lost her the first time, that's why when he got another opportunity with her, he didn't want to toy with it again. 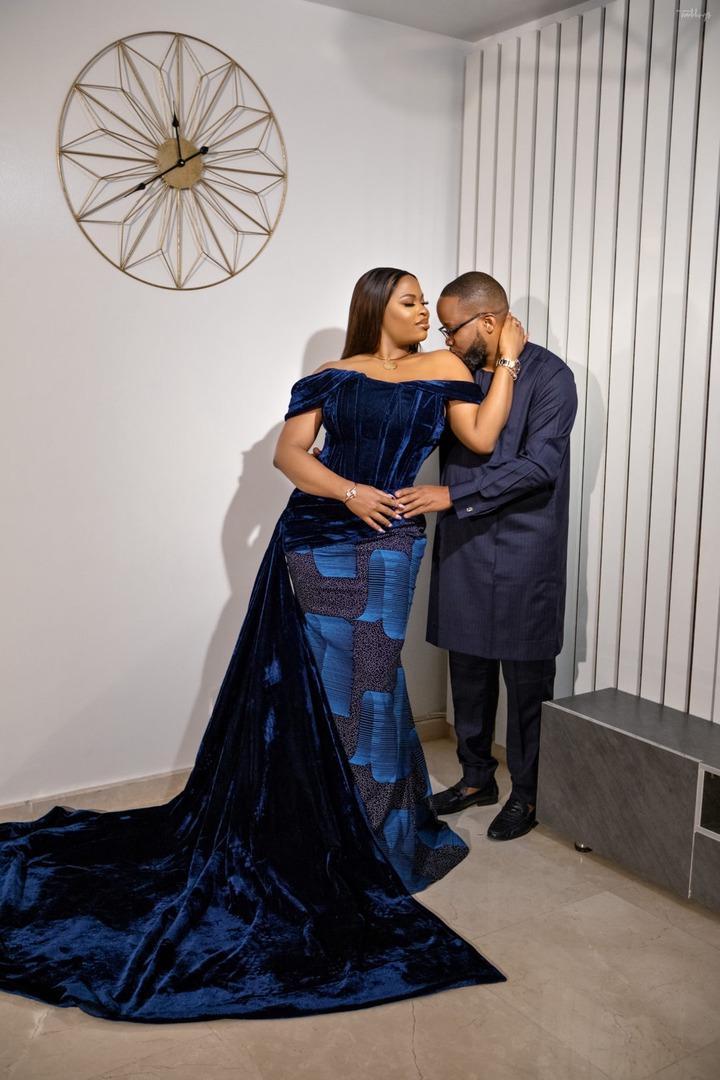 The truth is, when you want something go for it. If you like someone go for them, and make efforts to keep them. Imagine if Nnanna was not lucky to get another opportunity with her, he would have missed out on the bliss he is enjoying now.

We wish them a happy married life, and we hope their love story will inspire others out there to always be intentional about what they want.

Please drop some congratulatory messages for them, and also share the article so that others can learn from their story too.