By Sannewayne (self media writer) | 2 years ago

Relationships have there ups and downs and I've experienced my fair share of them, my name is Alexis and here's my heartbreaking story. My and Richard has been dating for over 3 years, we met immediately after my NYSC program, it was all rosy and butterflies filled my stomach,till someone from his past showed up, her name was Katherine. Katherine was indeed a glamorous beauty to behold, but beside her I wasn't found wanting, I am also an eye candy. 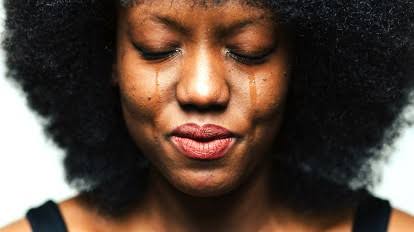 Richard and i already lived together before our marriage, on a certain night he told me he was coming home from work, but he ended up getting home late, I quarried him and he said he ran into someone who's car was faulty and helped her with it, as an understanding faince I didn't push it any longer, I thought the matter was over till the next week when I heard a knock on the door, opened the door and I met a beauty standing in front, she introduced herself as Katherine, I thought to myself ( I'm sure I've never seen her before) she said she is a friend of Richard, now things were getting interesting because I know all his friends and he never told me about any Katherine, I asked her to come in and offered her a drink, told her Richard was on his way home if she has time she can wait, which she happily did.

Richard finally got home, he was a bit surprised to see who was waiting for him, but he quickly got back his composure, welcomed her and thy both had a good conversation, when she was gone I asked him why I never knew about her he said he forgot, that he didn't want to bring past relationships, I asked him what past relationships? Richard said "she's my ex" I was rendered speechless, why are you still friends with your ex? I asked, he said she was the one he ran into on his way back few weeks ago, we talked till the matter was over.

Weeks to come he began coming home late, I addressed the issue and he said it was work, little did I know he was already hanging out with Katerine.

One of my friend Jumi called me on a Satyrday afternoon and asked me where is my fianced, the question seemed strange but I told her he was in Lagos for a meeting, he now said something that immediately made me shiver and cold sweet rained down my face, I'm in delux hotel right now, and your faince is having a good time with another woman, what! Was the only thing I could say, I dashed to where she told me he was and behold it's exactly as she said, our gazes met and he was really shocked,he followed me and apologized that it was the devil that got into him, that nothing happened between them, they were just together, he begged and begged and I finally forgave him.

Months later is was time for our wedding, it was a joyous day for me, we were saying our vows I've said mine with the truest feelings possible when it got to Richard's turn he said " I Richard take you Katerine" what, the whole congregation mumbled, who's Katherine, people were asking, at this point I was more furius than heartbroken, I walked out of the altar to the surprise of everyone.

This is a fictional story but it is was you, what would you do? Of if someone you know falls into the kind of circumstance, what would be your advise?

Content created and supplied by: Sannewayne (via Opera News )