By Mmapeace (self media writer) | 2 years ago

Born into slavery,Mary Hardway Walker faced so many hardships and discrimination. But she has always believed that is never too late to pursue a dream. 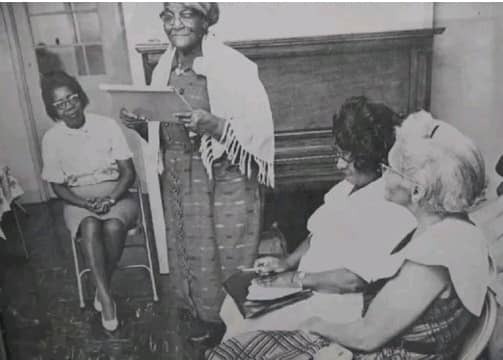 Walker was born in Union Spring,Alabama in 1848 to slave parents. She was later freed at the age of 15 when the Emancipation Proclamation was signed by Abraham Lincoln in 1863.

She got married at the age of 20 and gave birth birth to her first child. She continued working in different places. She took up several jobs including cleaning,cooking,babysitting and selling sandwiches so as to make ends meet and also to support her church.

She moved to Chattanooga, Tennessee at the age of 69. So sad she lost her husband and children at the age of 114 while she lived on.

In 1963,she met a woman named Helen Kelly,a volunteer teacher for the Chattanooga Area Literacy Movement(CALM). Walker joined the movement alongside 20 other elderly folks in her community. They attended a 1-hour,2 nights a week class for more than a year. At the end of the study,19 graduated from illiteracy to literacy. She was an outstanding student because of her age.

"Her age,determination and attitude earned her the greatest recognition given to any poor person,black or white in the city of Chattanooga and perhaps the nation" WRCB-TV reported.

She received Chattanooga's Ambassador of Goodwill award two times and was declared the oldest student in the nation by the US Department of Health,Education and Welfare,the report added. She was widely celebrated by dignitaries across the country and Canada.

"She passed away at the age of 121 and the city of Chattanooga renamed her retirement home after her and erected her memorial to commemorate her life" According to Black Enterprise.

Content created and supplied by: Mmapeace (via Opera News )