What is marriage turning into.

By Austos (self media writer) | 2 years ago

What in the name of God and the angels a man getting married supposes he is doing?...it may probably dawn on us that it is a promise. It can be more fully defined by saying it is a vow. 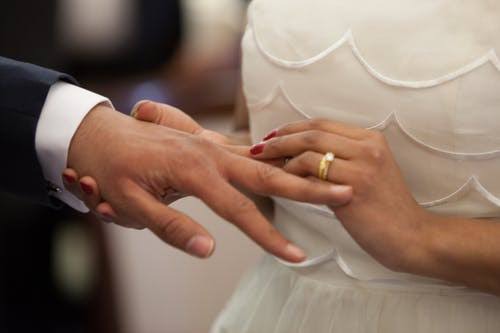 Earlier this year, I stumbled upon a series of brilliant essays written by the great English author and social critic, G.K Chesterton aptly titled, The Superstition of Divorce.

In these works, he uses houses and windows as metaphors for marriage and divorce respectively. He observed that many contemplated marriage without really decided what they want - a house or a window. But as he went on to correctly state, if one was allowed to conceive "an infinite number of windows", not only would we not have homes, we would not even have windows. That is, an infinite amount of liberty only births meaninglessness.

The concept of "open marriage" strikes me as oxymoron, honestly speaking. It is one of those radical ideas popularized by the "woke" as we march on towards meaninglessness.

Radical movements and their ideas fester due to society's moral lethargy expressed visibly in the "my truth, your truth" culture and more importantly, due to the seizure and emasculation of critical institutions - the academia, the media and government.

That is why Harvard could tell its students that not only is gender malleable, it could also change DAILY depending upon one's perception.

That is also why the Guardian publishes loads of ridiculous nonsense like how high rise buildings entrench "toxic masculinity".

It is why saying that boys cannot menstruate is deemed controversial and trans-phobic.

That is why pedophiles what to be called "minor-attracted persons"

It is why Jada Smith calls Adultery an "entanglement".

What we see unfolding before our eyes is what happens when society is forced to accommodate logical incongruities and moral irresponsibility in the name of "progress" or "tolerance".

Not only is the demand made to do away with common sense and our right to free expression. We're also required to denigrate cognitive and linguistic meaning.

Content created and supplied by: Austos (via Opera News )