Wife gets Pregnant for her EX Boyfriend (Fiction)

I didn't believe someday I will be saying this , but I am pregnant again and it's not my husband who is responsible.

After our first child who is already six years old , my husband and I stopped communicating , we live in the same house like total strangers.

He most takes on trips with actually telling me where he is going or when he will be back. I stay lonely at night, and most times when I try to talk to him about it , he just wouldn't listen.

I talked to a few friends and they all said maybe he was having an affair outside our marriage.

I was been starved emotionally and sexually, to the extent I revolved to touching myself.

Sex wasn't really that pleasurable to me from the start, I do it mainly just to make him happy, he always wants sex , and most time I am never in the mood .

"Mood killer" he calls me , and when I started enjoying it and craving his attention , he stopped , I thought it was him trying to pay me back for what I did over the years, but when days started turning to weeks and weeks to months , I knew it was something else.

When I get too demanding about it he leaves the house for weeks and sometimes months.

While I was going through all these, I sent my son to my sister's place so he could have children to play with, while I have the house to myself and my husband when he returns.

On a fateful day I ran into my Ex , truthfully I never really got over him, it's been ten years but he looked even more handsome, he knew I was married and he still hasn't, he has been outside the country and back, and says he has plans to settle down soon if he finds the right woman. He says he hasn't really gotten over losing me and always looks for me in every woman he meets , that one reason he relationships after us, doesn't really work.

We talked a lot , and since I was lonely and my husband was away, we went out, it wasn't suppose to be a date, but we ended up drinking and I woke up in his bed the next morning.

I was too angry and I felt something , I haven't really felt for months, he pleaded with me and while he was apologizing we locked eyes and did it again.

We calls me a lot and also on video call, we agreed not to do it again , but deep down I want to , he is the best sex I have ever had, two weeks later I discovered I was pregnant , and now my husband is back and he seems back to normal, we had sex four times , that day , and I don't know how to explain my pregnancy to him . 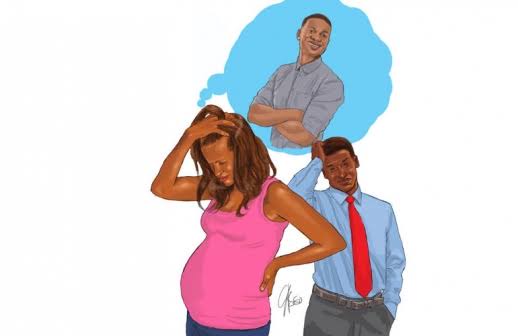 He may not find out , because am just two weeks in , and he doesn't really pay attention to such things, but my conscience has not stopped hunting me .

What should I do?