A prophet was said to lose his marriage barely three months after he got married to his spouse and I have got to learn some lessons concerning the marriage.

I stumbled upon the news on Linda ikeji's Blog and According to the report on LIB the Prophet, Divine Okoh ended a newly wedded bride Happiness over inability to send her back to school as promised.

While, imagining the situation, I condemned the impatience of the bride who just married only 3 months and the husband who could not keep to his promises.

Having reading deep, I realized that the break up may not have anything doing with the man not keeping up to his words or because of the wife's impatience. But something was wrong from the beginning which should have been contained and because it wasn't, it led them into messy marriage. 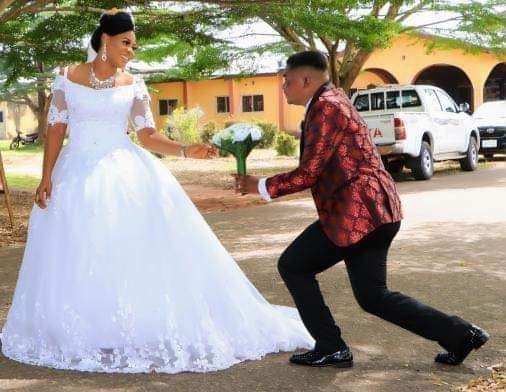 In the story, the Pastor Divine said

"We men of God don't condemn, If not I would have condemned her from the beginning because of how she was on Facebook"

Divine met Happiness on Facebook under the comment section of a controversial post. Meaning that he knew that Happiness was uncultured in her sense of relationship then he went ahead to message her in inbox for marriage.

After convincing Happiness for marriage. Divine agreed to meeting her family so that they can start preparation of marriage to mean that he his real and not for child's play because he his a man of God and can't sleep with her without marrying her. Then on meeting with Happiness mother, He said the mother told him he will continue to train her daughter in school.

Meaning that he agreed to marry with Happiness and her mother, believing that he will send her back to school and when he seems not to fulfilling it the marriage went sour

3. Marrying without involving the Father

Divine in his story also said he went to meet the Father individually to receive his marital blessing after the mother failed to involve Hapiness father during the marriage meeting, instead, using one tenant in their house as Hapiness father.

Pastor Divine said Hapiness mother was the one misleading Hapiness, and having intially stopping him to meeting her father who had left the mother for years maybe because of her attitude in their marriage also. And telling him to go alone if wanted to. 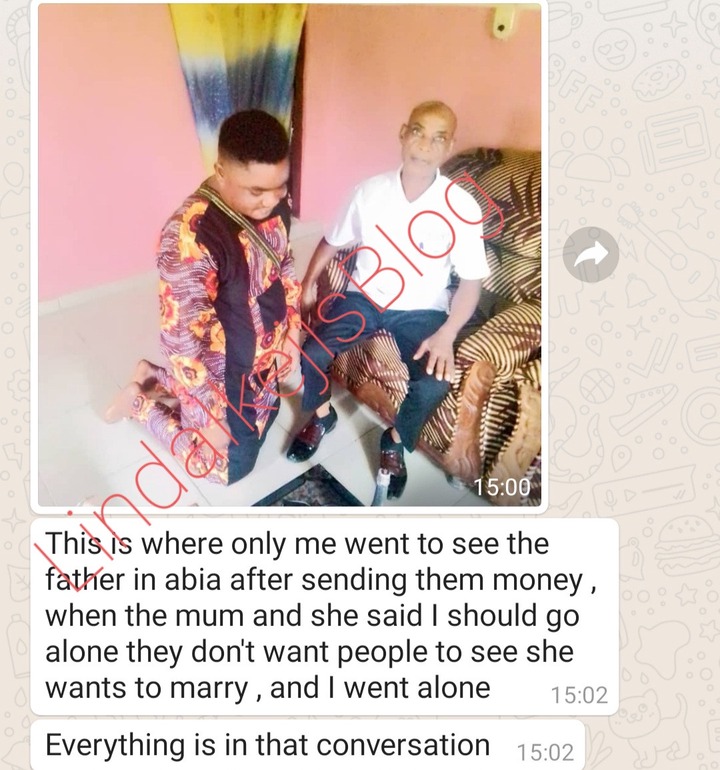 Photo: a WhatsApp chat with LIB containing image of how he went to meet the father separately.

These were three things among many that wasn't considered before going into marriage with Hapiness. And this is a big lesson for everyone who is planning to get married to look out for red flags before taking marital decision. Marriage should be about love and not conditions. Attitude matters alot before ending up with someone finally, a Father's presence and blessing during marriage is very paramount.

What is your Opinion