Meet Some Of The Power Couples Of The Nigerian Entertainment Industry

By JennDaniels (self media writer) | 25 days ago

Marriage basically, is a blissful union of a man and a woman who love and wish to spend their lifetime on earth with each other. In fact, the number of years one is married for, often goes to show the height of love shared in the marriage especially when seasoned with rough moments and quarrels. The Nollywood industry has however, seen quite a lot of happily married couples whose marriages has in fact remained sturdy over the years.

Below is a list of three married power couples of the Nigerian entertainment industry, who have been together for long number of years:

These two are definitely the first on the list considering the number of years they have been married to each other. Olu Jacobs and Joke Silva met in 1981 at the National Theatre, Lagos during the 21st Independence anniversary and got married five years later in 1986. Ever since then, the Nollywood power couple have spent not less than 35 years together and still look forward to many more years. 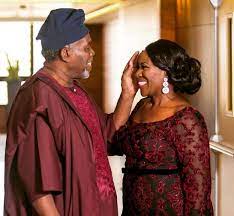 In fact, the couple own quite a lot of assets together like the Lufodo Academy of Performing Arts in which Joke Silva is the Director of Studies while her husband chairs the school. The two have also featured in several blockbuster Nigerian movies like 'The Royal Hibiscus Hotel', 'Bent Arrows', 'Sister's Love', 'The Kingmaker' and so on. Olu Jacobs and Joke Silva have two children together. They are indeed a couple to learn from and still look good together even at old age. 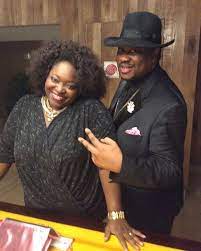 Tunde and Wunmi Obe fondly called T.W.O have been together for as much time as 33 years. This is however, not how long they have been married to each other. The two who are often referred to as Nigerians singing couple have been married for not less than 23 years now. The story of the lovebirds is a romantic and bonding one. Wunmi met Tunde Obe, while an undergraduate at the University of Lagos (UNILAG) in 1988 where she was pursuing a degree in Philosophy. 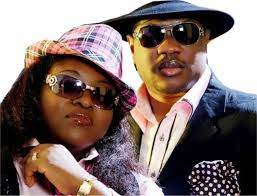 Tunde was then an undergraduate studying History Education in Lagos State University (LASU). Wunmi had joined the UNILAG band, Turning Point, in which Tunde was already lead singer. They became friends and stayed together even after the band separated with their graduation and have released quite a number of songs over the years. The two also featured in Nigerian movies like 'The Tempest - A Tale Of Two Women', 'The Gardner' and so on. 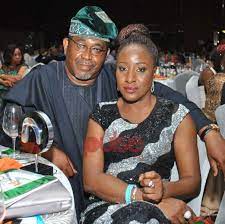 Patrick and Ireti, although not as famous as Olu Jacobs and Joke, have made their mark in the Nollywood Industry. Notwithstanding this fact, they also remain among the longest married couples in the Nigerian movie industry. Iretiola Olusola Doyle and her husband, Patrick Doyle are among the award winning veteran actors in Nollywood, having featured in movies like 'Sitanda', 'The Arbitration', 'A Man Of The Bar' and so on. 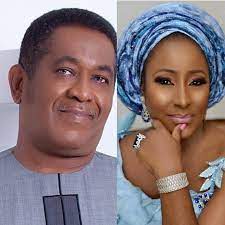 The couple has however faced some setbacks in their marriage but later on got back together. Patrick and Ireti got married in 2004. Thirteen (13) years later, turbulence set into the marriage which led to Ireti's decision to move out of the matrimonial home in 2017. However, following an open or public apology by Patrick, the two eventually got back together and settled their disputes. As it seems, the two have been married for 17 years now although there are speculations of a divorce.

However, there may be marriages older than the ones mentioned above but these three pass a lot of lessons on marriage, friendship, forbearance and reconciliation. What are your views on this?