How to Start Extra Marital Affair Before They Start

By RelationshipExpert10 (self media writer) | 2 months ago

Acts of infidelity appear to be the most popular headlines these days. While it's tempting to point fingers at the usual suspects ("powerful" men who can't say no to a good chance; "predatory" women who are just waiting to pounce), the truth is that infidelity is rarely a black and white issue. However, by digging deeper into the "whys," you may be able to uncover those gray areas in relationships that are typically overlookedand strengthen your connection as a result. Here are four things to think about if you're wondering why affairs happen.

It is, without a doubt, shallow to believe that affairs are solely about intimacy. Yes. a mistress's or lover's alluring beauty can all play a role in cheating; nevertheless, extramarital affairs are more frequently the result of a continual emotional estrangement between spouses. If either spouse feels emotionally distant and unfulfilled in their marriage, they may look for ways to fill the hole outside of the relationship. This form of relationship is also known as an emotional relationship. If left unchecked, an emotional affair will almost certainly escalate into a physical affair. The straying spouse minimizes emotional energy in his or her marital connection in this situation, but grows delighted to express intimate thoughts and feelings with a third party. Intimacy tension or chemistry in marriage tends to rise as the straying spouse feels emotionally close to the third party.

2. Remind yourself that you've made a commitment

Anyone in a relationship can feel attracted to someone or emotionally check out. People who are unhappy in their marriage, on the other hand, are more inclined to allow their eyes and minds to wander, and even to succumb to extreme temptations. When people who are happy in their marriage fantasize about someone else, they are more likely to use the thought-stopping technique to remove those problematic repeating thought patterns in a timely manner they refocus their attention on their spouses in a variety of ways. They might, for example, write a kind letter to their spouses or phone them to make small conversation. They remind themselves to put their relationships first, and as a result, they are more inclined to act in their marriages' and families' best interests.

Just because you've been together since you were in your early twenties doesn't imply you've grown up at the same time. in many situations of adultery, couples "have not helped one other grow up." Making (and achieving!) goals with your partner is an easy way to mature together. Start a conversation about relocating to a new home if you've lived in the same house for decades and you're both weary of doing chores every weekend you never know, he might be feeling the same way. Advocating for his goals would make him feel seen in a new light, which is something an affair frequently promises.

4. Talk is fine, but action is preferable. 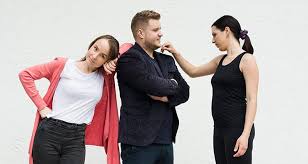 Women have a natural desire to discuss things out. This is sound advice in concept, except when it becomes your exclusive focus. Men can find relief from this cycle by engaging in happy activity instead of analysis. Women should not restrain themselves in order to sustain a relationship, but replacing speaking with an activity that you both enjoy is a strong reminder of togetherness that can reignite the reasons you selected one other in the first place. Change things up a little; instead of complaining about how the two of you haven't been communicating lately, make one. If you both enjoy cooking, consider enrolling in a couple's cooking class in a cuisine that neither of you is familiar with. You'll both start at the same level and rely on one other for direction and support, which will be a novel method for both of you to interact.