By AfricaMedia (self media writer) | 29 days ago 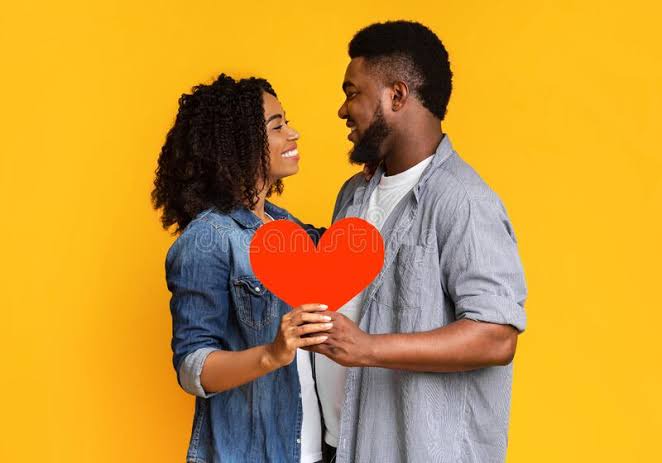 Introverts are also cool people and very sweet when it comes to relationship. But the problem is some people find it hard to understand them or want to change them, which might be impossible.

Introverts are shy type of people and likely like to stay on their own, mostly indoors or like to do things on their own.

Here Are 5 Things You Need To Know If You In Love With An Introvert.

They are not antisocial, they do admire Extroverts But Don't Want To Be Like Them.

The greatest mistake that people make with introverts is to feel as if they have problems, or they are 'shy' or need to come out of their 'shell'.

So instead of seeing them as a partner to share with.

You see them as a project to work on, and this is totally wrong.

You end up wearing each other out. Introverts admire the confidence of extroverts but don't desire to be like them!

They enjoy the fact that they don't talk too much, and that's it. They are not being rude. It's just them.

Introvert talk a lot in their heads. But they filter what they allow to come out of their mouths, so the first thing you must know is they don't like being seen as a project to be worked on!

They don't have a problem!

They are just quiet people that don't like talking too much...

And that is not a problem!

2. Involve Them In Your Serious Decisions

They don't admire such surprises.

You may just call and extrovert out and take them to a party or even make them cancel their schedule for fun.

They expect to be in the 'know' when it comes to serious decisions.

You have to inform them, allow them to plan and process it and get back to you.

They may not like that thing you are planning on doing!

Don't be dating an introvert for 3 months and just show up with a wedding ring in public when you've not discussed marriage in secret.

As adorable as those sounds, they won't appreciate it! If you are expecting an introvert to just be engaging in sporadic conversations you may be frustrated.

3. Ask Them Questions (they converse more than responses)

They don't like to over talk. So they tend to be on the side of the response, so tell me about yourself..."

Their line would most likely be, "So what would you like to know."

If you want to have long conversations with an introvert as a spouse. Your bedroom talk will be looking like an interview.

"So what happened today"

"And I worked until we closed." No matter how much an introvert loves you.

They also love their own company. They refuel by being alone!

The introvert may not outright say." I want to be alone, so you won't think there is a problem.

But in their minds they wish. They can have some time alone once in a while. To read a book, listen to music, sleep or just think.

It's not because they are angry or sad, they just need regular alone time to decongest.

But they don't have the capacity to be in the company of people all the time.

Not because they don't like people, it's just how they are wired.

An introvert can stay at home for 2 months without going out and not miss it or even desire it. They like being out, but they prefer their own company more.

5. They Are Rarely Unfaithful

(They commit slowly but are all in when they do)

If you're in a relationship with an introvert.

There are some emotionally damaged introverts, and they are the most dangerous individuals to have anything with or against!

If an introvert makes you an enemy, it is finished.

Just as it's really hard for them to be broken enough to become flawed. It's even harder to repair them.

The average adult introvert hadn't had up to 4 exes.

But when it comes to extroverts, they are the ex of nobody and the ex of everybody.

Just as an extrovert will have an issue with someone and tomorrow, they will even forget they had an issue.

An introvert would avoid issues, but if you hurt an introvert. They will use a ribbon to tie you.

Introvert are good at showing love, and they are epic in it, but never use it to hurt them or play with their feelings.

Content created and supplied by: AfricaMedia (via Opera News )