I did this to my Father after I found out the truth about the Girl he arranged for me to marry [ Fiction].

My name is Zimuzor, I am 30, and I am the only child of my parent. Being the only child paved way for me to be treated with so much care and unusual fair unlike other kids that I grew up with.

I never lack anything. I was the only source of Joy and happiness to my parent. You can imagine after staying up to 10 years without a child, the pain , the sorrow and mockry that followed it. And finally, God used me to wipe away their tears. And that made them treat me with so much care and pampering.

From the day I got to know what a father and a mother is , they never allowed me complain or lack anything. They treated like a Royalty, I became their prince.

I was brought up to be Man of prayer, and I always tasty and hunger to do things that would not tamper with my relationships with God. I was determined to always put smiles on the faces of my parent.

During my days in the higher institution, I was extra-careful not to bring ruin upon my academics and shame to my parents. I lived a like a priest and avoided girl friendship (pre marital relationships).

After my graduation, although I wasn't in the first class category, but with what I have on my certificate I was able to secure my rightful place in the Job market, and was taken as well.

It all started during my 27th birthday. My parents called me up and told me that I have 6 months to find a girl that I will marry, or they will help me with one. Although, it wasn't like they are threatening me, but it was just a way of helping me to make the right choice.

The idea of getting married at 28 was not welcomed by me, because I was thinking about the whole lots of time ahead, which I will get to know life more before venturing into a life time journey of marriage. But I had no option than to obey them, understanding that I am their only child. So the searching began.

It was really difficult for me, but I had no option than to continue searching until the six months they gave me elapsed, and I was unable to present any girl to my parent. So it became their turn to search. Within two months , on the third week of the second month , my Dad woke me up one morning and told me that he has a good news he would love to share with me .

I was a type that enjoyed a cozy relationships with my Dad . My dad was my first friend. Infact we used to play like two friends, and so he jumped on my bed and carried me up, then I stood up and sat beside him. He called me " Zim", then I answered him. He said we have found a wife for you. I replied " dad so quick". Then I said ok. He then told me that they will introduce the girl to me later , so that we will get to know each other and that I have to decide within two months if the marriage would continue or not.

So he set the Ball rolling and the courtship began. While me and my friend chike map out our own plan to know the truth about the girl. I never know that they have concluded their plans to test me using that girl.

So after two weeks, me and Chike discovered that the girl in question was a low life, brought up from a very poor background and could not even finish her secondry education, talk more of higher institution. She was at her early 20s (24 year old ). It was as if I was blinded by pride I couldn't even bothered about the fluency and the excellent sound of her English.

So I became furious and angry ( not knowing that the girl was just pretending as instructed by my father). On getting home I was very annoyed and could not bear the thought of looking at my father's face or even to voice him. I just went straight to my room and locked it up.

He followed me up, calling my name to inquire what went wrong , but my anger blinded my heart to shut the door against him. As I went in , he kept calling me and was surprised as well to see behaving strange .

Meanwhile, my mind was thinking about how my loving father could make such recommendation for me. It was about 50 minutes late, I started hearing someone whispering "my heart my heart". That was went the anger Left me , I opened the door only to see my father rolling on the floor, whispering " my heart my heart".

I immediately rushed him to the hospital, and contacted my mother, who made her way straight to the hospital. I explain to her what actually happened. But I nearly fainted when my mother revealed to me that my dad having been living with High Blood Pressure and at a slightest thing that could cause emotional pain my dad will be the victim. I began to cry , I wept bitterly.

So parents have been hiding it from me for over 26 years. this was how my anger and stupidity landed my beloved Dad and my first friend in hospital, whereas they are planning better things for me .

It was after my dad has fully recovered, by then I have made up my mind that I will continue with the girl and train the girl till she finish her Education. So choose a day to discuss that with them and apologize for my actions that landed him in hospital.

On the said date,  after I have apologized to them for my actions and as well revealed my intention of continuing with the marriage plans. My dad called me "Zim" a short form of Zimuzor, then I answered , he said please learn to give someone a listening ear, because any relationship can't go well without a good communication channel between the parties involved.

He revealed to me that the girl in question was the best graduating student in Nursing and she is currently doing her Internship, and she was a daughter to chief Ego ( good friend to my Dad). She was just used to test me, and to know the kind of husband that I would become, if I finally get married. It was part of the training to prepare me for marriage.

So learnt my lessons after apologizing to my parents again. And the marriage plan was shifted forward so that I can learn more before the final showdown. 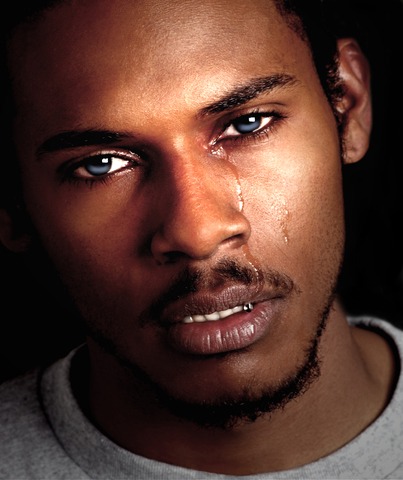 Photo is used to illustrative purpose

Some Lessons in the story

✓ Learn to give others listening ear.

✓ learn how to trust someone.

✓ Never allow your anger to take a better hold of you.

✓ Never look down on anyone no matter what.