A happy marriage requires a lot of efforts from both spouses. Nowadays, many marriages seem threatened at the slightest misunderstanding or problem, this ought not to be the case as marriage is sacred and should be for better or for worse. Love, forgiveness and patience from both partners are important ingredients needed for any marriage to last long. As such husbands and wives should try as much as possible to imbibe these virtues in their marital relationship. 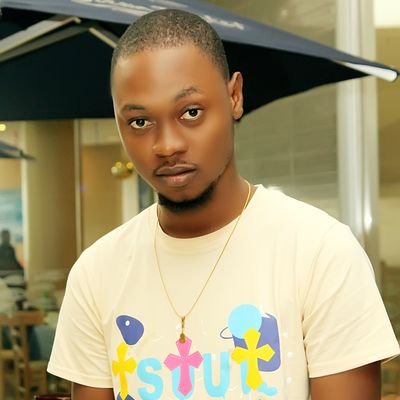 A particular man on twitter by the name Dhaboy threw a controversial question via his twitter page which he directed at the married women. He asked married women if they would bail out their husband if he was peradventure, arrested in a hotel alongside his side chick. Side chick is a slang often used to refer to a married man's mistress. He emphasized that he wanted a sincere and honest answer from them. See the screenshots of the man's post : 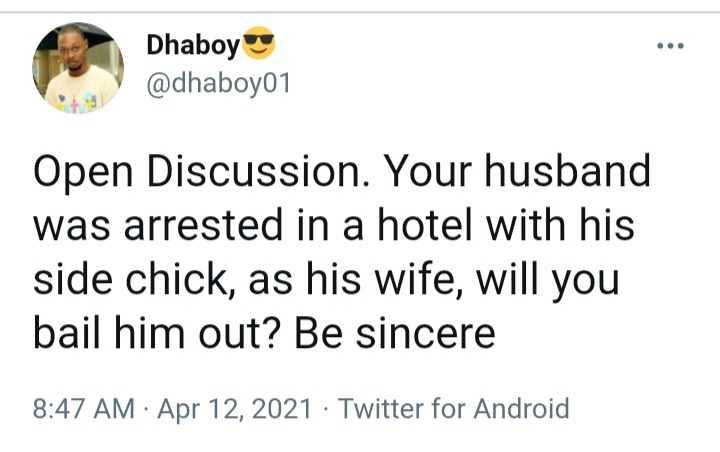 The question he asked elicited a lot of varying reactions from people especially from the women folk who saw the post on his timeline. Many of them were of the opinion that they would not be happy if their husband was arrested with another woman in a hotel. Others said they would not bother to bail him nor his side chick out. While others claimed they would forgive their husband, seek for his release and bring him back home. One man however adviced his fellow men to desist from such habit and try to stay faithful to their wife, he added that they should make sure to marry a woman who truly loves them. See some of their reactions to the question, below:

"I will definitely bail out and let his conscience deal with him. Take him home and give him good food. But I will be the last person to ask him a thing nor fight the girl. I am too sophisticated for that. Fighting a man and his side chick won't get your man back"

"No, I think cell is a better option than what I would do to him, I think he would prefer to be in custody knowing the kind of wife he has. I don't know about the women saying yes but don't be in this type of situation with a Latino woman."

"I will bail the side chick and live him there one day longer Because women cannot withstand the harsh conditions of the cell." 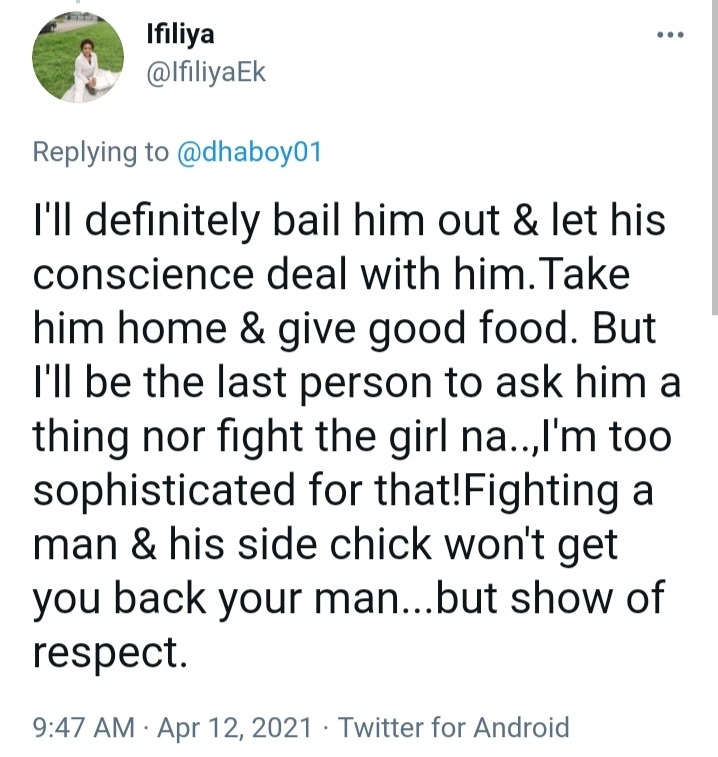 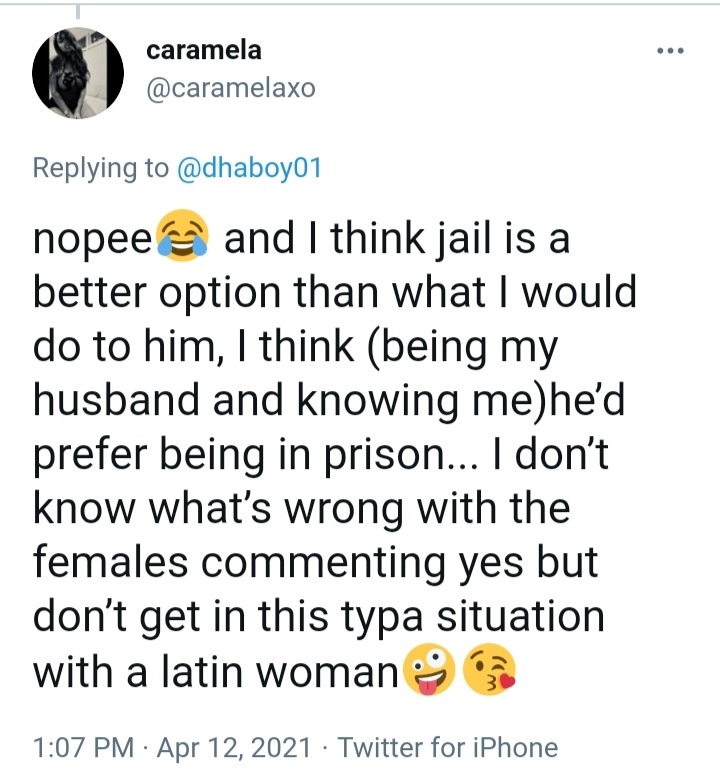 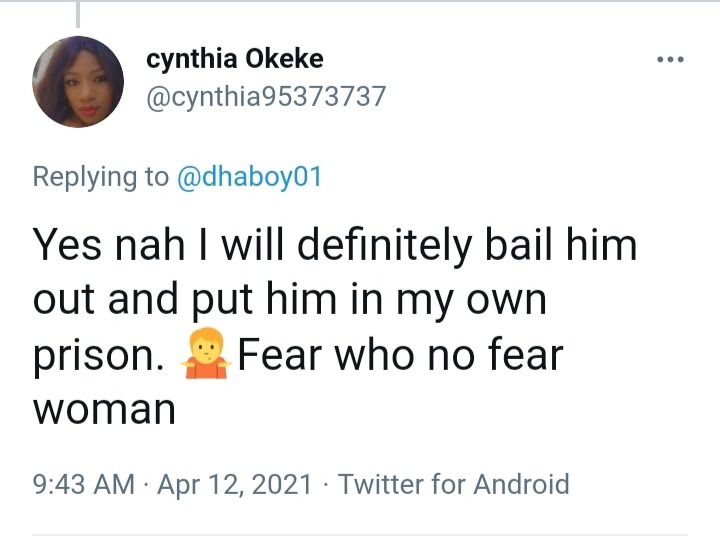 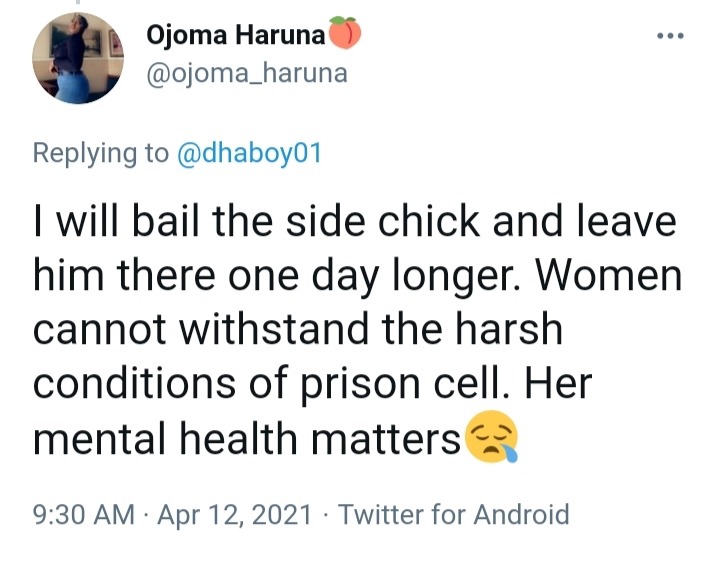 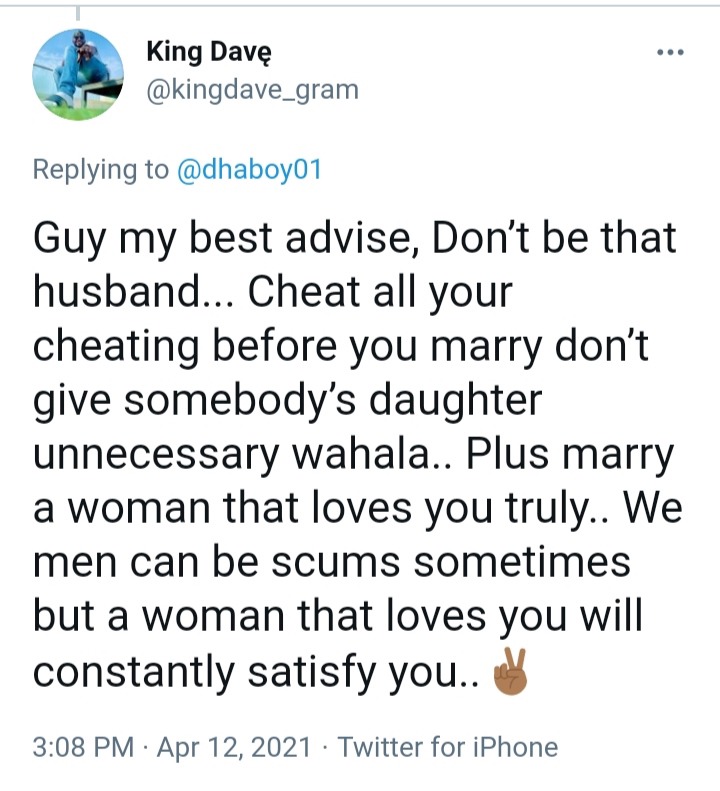 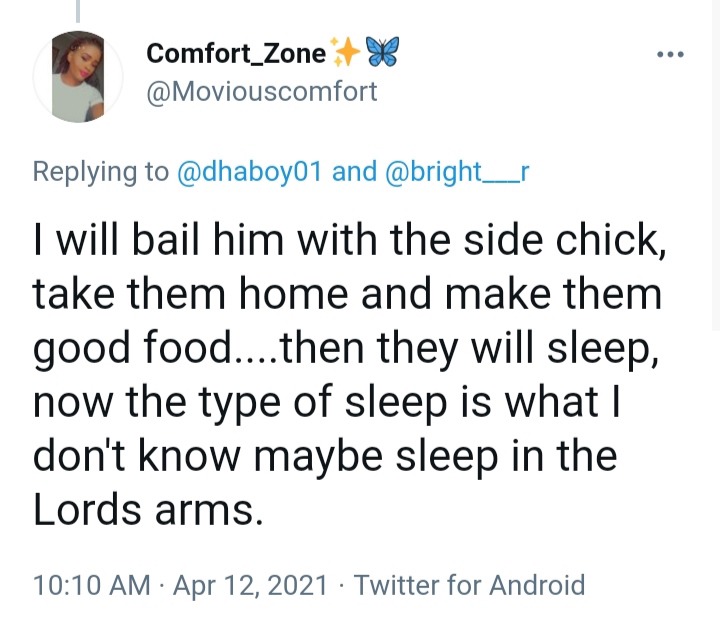 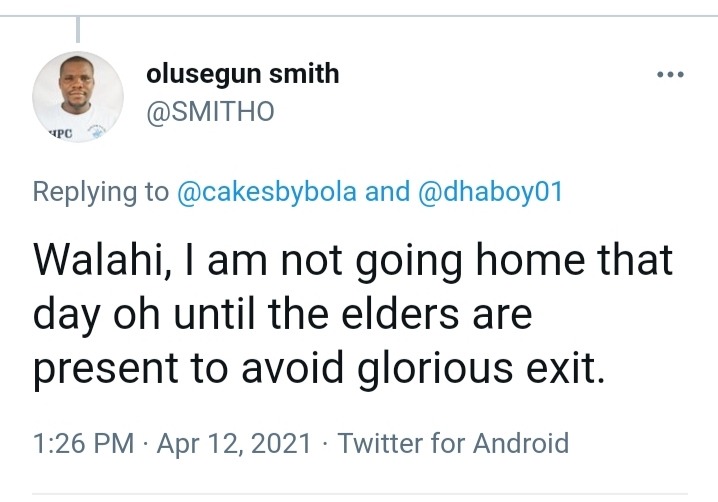 As a wife reading this post, what would you do if your husband finds himself in this situation. Would you forgive him and proceed to release him or ignore him to his fate?

Break Every Generational Bondage Troubling Your Life, By Saying These Prayers.

Why VAR did not rule out Leicester City's goal despite handball

God Honours The Poor, And Gives Grace To The Humble, For This 1 Reason

Joe Igbokwe to Nnamdi Kanu : You are too small and inexperienced to decide the faith of the Igbos

Guys, Three Things You Should Be Sensitive About When Dating A Lady You Want To Marry

I am seeing Danger Ahead. We Will Not Flee And Nigeria Will Not Break Up -Edwin Clark