Reward for being patient

By TheRealOne (self media writer) | 2 years ago 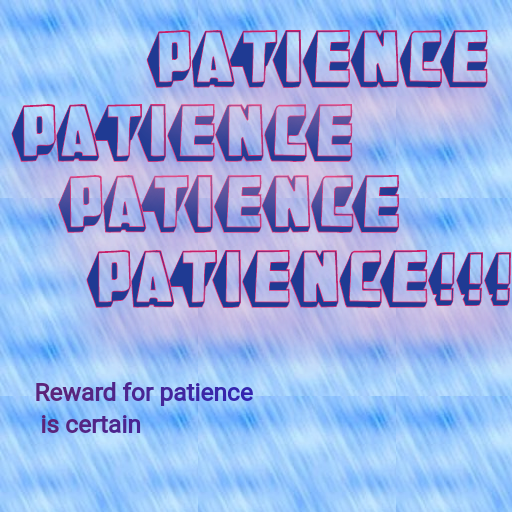 Some years back, there lived two sisters who were twins. They were living with their parents who were poor. Their father was full of wisdom and also created time to counsel his daughters and he talked to them about so many virtues like honesty, truthfulness, modesty, contentment, loyalty etc and he always ended his talks with a saying that"whoever had patience had everything".

When this twins were eighteen, there father died. They felt the great impact of their father's demise and things were so difficult for them. Their mother took them to her distant relation who was living a few kilometers away. Their mother's relation maltreated them so much. Kehinde run back to their mother and could not further her education and got married to a poor man at twenty-one.

After her marriage, their mother died. Taiwo finished her secondary school and gained admission into the university to study accountancy with the sponsorship of the man she was living with after he grew to like her.

Bolaji, the man's daughter, had dropped out of school and she became a wayward without a bright future. Three years after Taiwo's graduation, she got married to a pilot and she got a job and she is going to be working in the UK.

Before she traveled, a sendoff party was organized and the man was invited. In his speech, he praised Taiwo and ended his speech by saying that" I really agree that a patient dog eats the fattest bone".

Content created and supplied by: TheRealOne (via Opera News )