Rev. Father's 'Daughter' Who Lived And Died Like a Saint.

By Oluchithewriter (self media writer) | 2 years ago

It is a truism that life is a gift from God even though we sometimes take this wonderful gift of life for granted. This of course explains why some people make wrong choices in the long time they live on earth only to regret the same choices when the time comes for them to say goodbye.

Yet, there are those who come in and from the very beginning, the choices they make impact not just them but a whole lot of other people. But they end up living only for a short while.

You see, I met this girl in secondary school. We were already in third term of SS2 when she was registered into my school. She was so full of life, and highly extroverted. She was sent to my class. Her name was Chinelo. 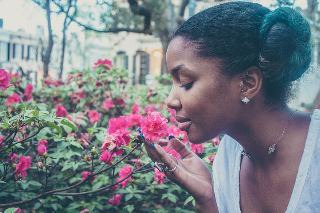 (this is just an illustration not real picture)

Chinelo became friends with almost everybody in the class within a short time. But the question on everyone's lips was why she had to wait for third term before changing to a new school because it can be quite challenging.

However she said that her 'father' wanted a school that would give her a solid foundation for higher institution.

We were so curious to know who this her father was but then the only people who visited her in school (since it was an all-girls boarding school) were a Rev. Father and a young and handsome Seminarian. We all had our antennas up waiting to get the juicy details of how she became the daughter of a priest, knowing fully that priests neither get married nor have kids.

At that point, Chinelo told us that she was an adopted child of the man of God. According to her, he was the Parish Priest in their village at that time and because he was so kind and did his job passionately, she became so fond of him. She would stand in front of their house everyday to wave at the priest whenever he was passing. Any day she missed him, she would cry until she could cry no more.

It did not take long for the priest to notice her as she sometimes told him to buy her snacks on his way back which he always did. Over time, the man discovered that the girl was a very brilliant and intelligent girl and so he took it upon himself to ensure that the girl got good education outside of what their village could offer her.

Luckily for my late friend, the Priest adopted her and she began living with him in the parish house. So you see how she became the daughter of a Rev. Father?

In the school at the time, it did not take time before Chinelo's intelligence and brilliance manifested. Again, I told you she was an extrovert and as a result she always wanted to answer every question that a teacher asked in class and this brought her under severe criticism. It did not bother her at all as her confidence was maximum.

Of course her restlessness made her step on toes from time to time. But she never failed to apologise except she was not aware. Again that was why she could get along with everybody. Even students from other classes came to look for her in our class.

One faithful day, I stepped out to write on the board in our class, I took a piece of chalk and began to write something. She asked me to give her to write and I did. But what she wrote surprised everybody even though we did not understand it them. She wrote:

we all laughed about it not knowing that what she wrote was deeper than our young eyes could see. It did not take long before she became sick. Before that time, she went home regularly because of stomach related issues. So on this particular occasion, she was admitted in a specialist hospital where they discovered that an operation that was done on her for appendix some months earlier was badly done as they forgot a pair of scissors in her stomach.

Efforts to save her life was in top gear. We had to visit her at the hospital. What we saw shocked us all and when some of us began to cry, she consoled us saying that she's getting better and will join us in school to resume preparation for the upcoming WAEC.

A few days after our visit,she passed on. There was weeping in the whole school as we mourned her.

We went to Even Town in Enugu State to bury her. I am yet to forget Chinelo. May her gentle soul continue to rest in the Lord.

Thank you for your comments.

Content created and supplied by: Oluchithewriter (via Opera News )