Know about this Tribe before getting marriage

By Mvihiga (self media writer) | 1 year ago 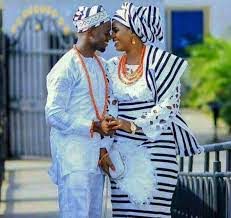 Marriage.The Tiv, at first European contact, used an involved form of exchange marriage. The ideal was that two men exchanged full sisters. The children were then double cousins. Seldom, however, could that be arranged. Therefore, one of the lineages (usually three or four generations deep) was called a "ward sharing group." Each woman in the group was assigned to one of the men of the group her "guardian"—who then exchanged her for a wife. Nevertheless, the Tiv usually "followed their own hearts" in matters of marriage and eloped. That meant that the exchange system was a network of long-term debts between lineages. The debts sometimes took several generations to straighten out. The British administration outlawed exchange on the stated principle that they could never administer justice under so complex a system. They and the Dutch Reformed missionaries pressed for a form of bride wealth marriage, which the Tiv saw in terms of their own system of kem marriage. "Kern" means "to accumulate." By 1950, bride wealth was paid, a little at a time, more or less over the life of the marriage.

Tiv marriage is brittle. Divorce is inaugurated by women, never by men (although men may behave badly enough that they know their wives will leave them). Children of nursing age go with the mother, of course; a boy returns to his father's compound when he is about 8 years old, a girl in time to be married from her father s compound.

Domestic Unit. Every married woman has her own hut, at least after the birth of her first child. The husband's reception hut is surrounded by the huts of his wives. Each married woman has her own store of food; she cooks and takes food to her husband every day, and he shares it with all the children present. The children also eat with their mothers. Several such polygynous families, linked by the agnatic links of the husband/fathers, live in the same compound. Their compound is next to those of his agnostically close kinsmen (see "Kin Groups and Descent").

Content created and supplied by: Mvihiga (via Opera News )