By PrayerMedia (self media writer) | 18 days ago

Courtship is the period wherein a couple gets to know each other prior to a possible marriage. Preceded by a proposal, courtship traditionally begins after a betrothal and concludes with the celebration of marriage. It is all about commitment and accountability; it is a commitment to honour God's will as you seek a partner for life. However, Evangelist Mike Bamiloye, in a recent post on Facebook sends an important message to awaiting singles. 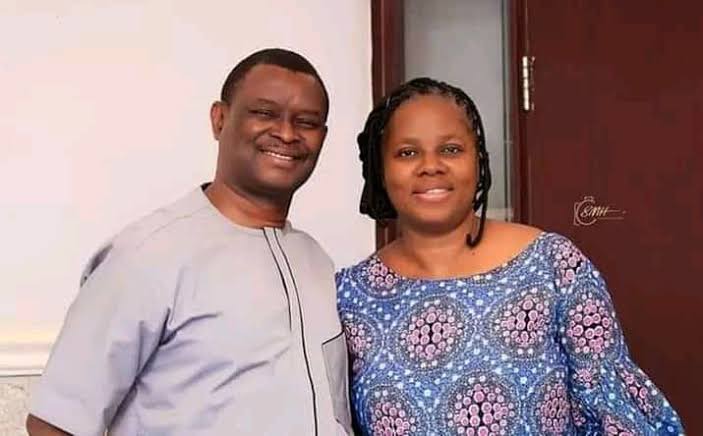 According to him, "You are still in Courtship, he slapped you the first time when you had an argument and he came back with tears asking for forgiveness, he said it was a mistake. It happened at another time, he shouted at you and embarrassed you before a crowd and came to beg in secret. At another time, he came down from his car and slapped a driver who hit his car and told you it was Holy Anger." 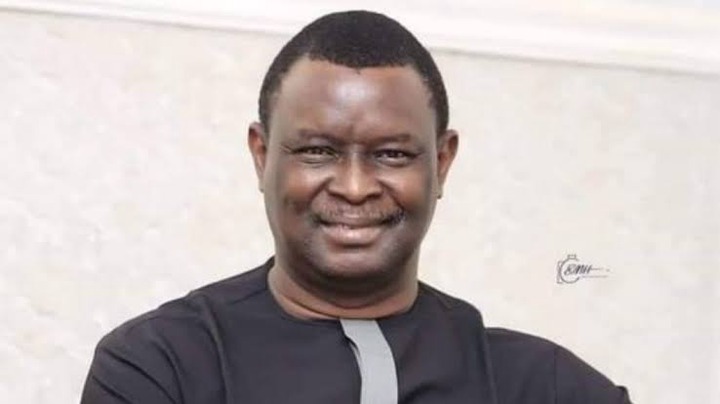 After all that, "He barked at you at another time, pushed you away and walked out of your presence in anger after you have pointed his attention to his wrong attitudes. But he came back after to apologize and told you, that God had brought you to his life to make the crooked paths straight. You are seeing a lot of Red Flags and you still keep going 'By Faith'. He said you are his Angel the Lord has sent his way." 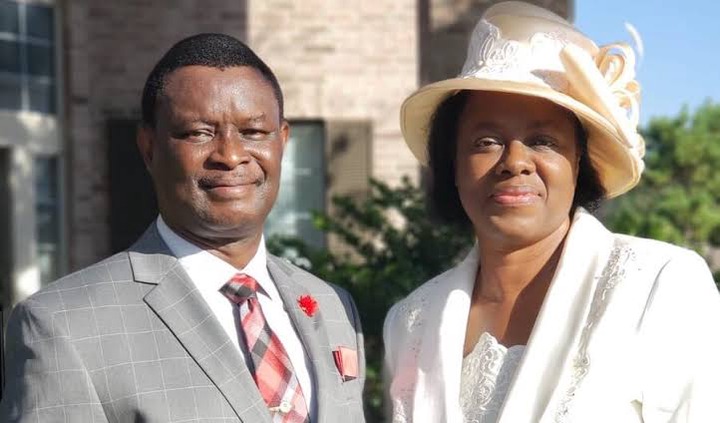 According to the man of God, "Don't come back later shouting "Domestic Violence." These are things you should have resolved before marriage and if you happen to find yourself in that kind of relationship then you have to deal with it. May God give our singles the wisdom they need when choosing their life's partner in Jesus' name. 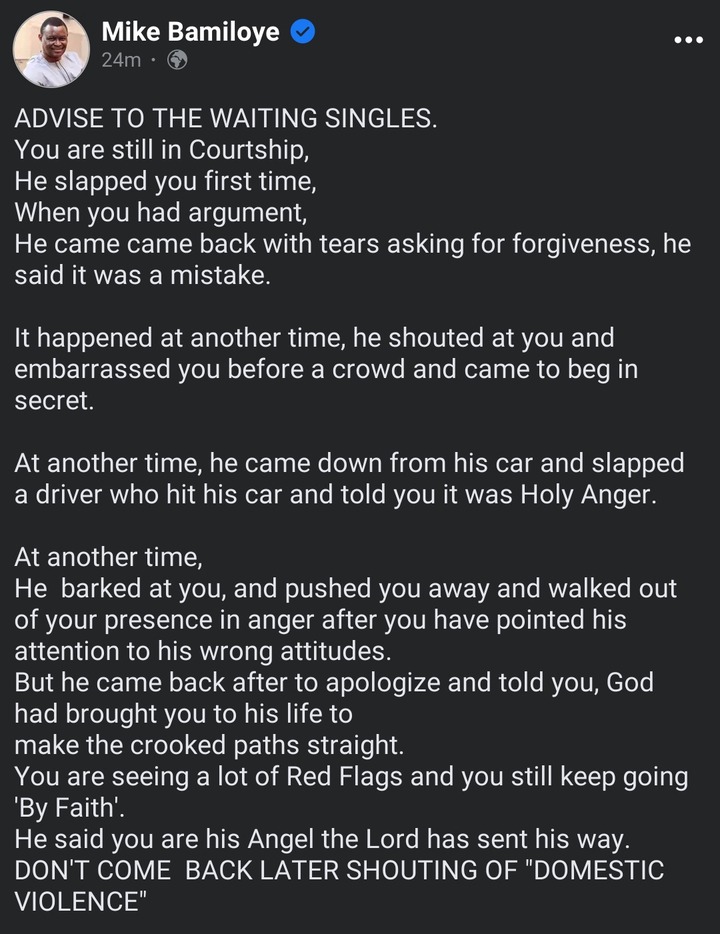