Some women don't know what their husbands go through just to put food on the table, most times they even go hungry and alot of times they don't even buy good clothes to wear they rather give their wives and kids so they can get one.

A man might not tell you what he goes through to get you the money he gives to you because it might make you to start underating his person. Attimes they swallow their pride and do all sorts of menial and degrading jobs just to make sure you their family is comfortable.

I was going through a group on facebook about marriage and relationships when I came across a story. It goes lyk this:

Mrs Cynthia Okpara went to her husband's office to report him to his boss. She told her husband's boss how her husband Mr Odogwu Okpara usually squander his N60,000 salary and only gave her N30,000 for upkeep.

After her narration, the boss told her to come back on the last day of the month.

On the said day, she arrived as planned. The boss called Mr Odogwu and they all sat down in the boss' office.

The boss started,' Mr. Odogwu, your wife reported to me some days ago that you squander your salary outside and only give the family N30,000 for upkeep. So right now, I'm going to personally hand over your salaries to her from today henceforth.'

'How much is your transportation to work daily?', the boss asked.

'Do you take breakfast at home?', the boss continued.

'How much do you spend on breakfast and lunch daily?'

'He does', she replied pointing at Mr. Odogwu.

'How much is the school fees and how many kids have you?'

'In other words, you save N10,000 monthly for each term's school fees right?'

'Who pays the rent and how much is it?'

'I don't want to ask about clothings, electricity bills, etc as I know both of you might be handling that', the boss said as he handed over N16,200 to Mrs. Okpara

'Money for upkeep', the boss replied her.

'But it wouldn't take us anywhere', she exclaimed.

'So why don't you appreciate the N30,000 your husband sacrifices for you monthly?', the boss asked.

The woman hugged her husband tightly and the rest is history. 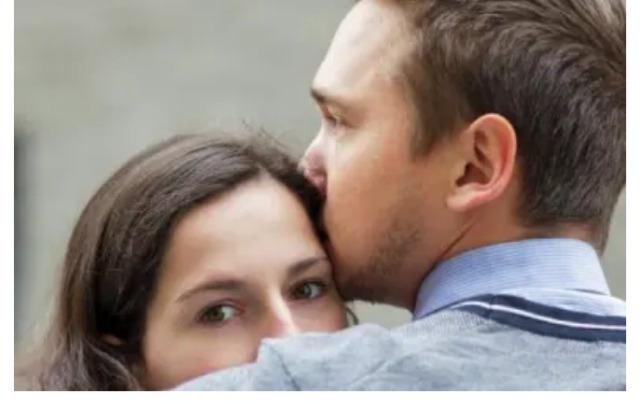 Men go through alot and they need to be appreciated. They are really trying.

Content created and supplied by: Olive22 (via Opera News )