By erictimelessbeauty (self meida writer) | 1 months 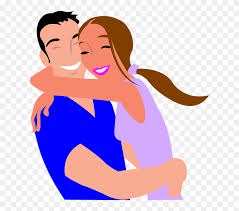 Marriage they say is not a bed of roses but it can be for you if you approach it right. I once saw a book with a title like "Things I wish Id known before we got married". That title really got my attention because most people get into marriage before planning for it. That can never work. You don't plan in a marriage but for it. You ought to plan your marriage before going into it. Here are three things among many others I believe any wise couple ought to agree on before getting married.

First on my list is faith. Both of you ideally ought to believe the same things when it comes to religion, faith and worship but even when you don't necessarily believe the same things, how compatible are your believes or disagreements? How tolerant are either of you of your differences if at all you can condone any differences along this line? Religion is a big deal for many. You say "Why! We are both Christians" Sure! But all Christians don't necessarily believe the same thing. Some believe in drinking alcohol moderately while others believe it is a sin to even touch an empty bottle of beer! I mean, they won't even cook with kerosene stored in a beer bottle. Some won't collect money from a benefactor if he or she were into a liquor business.

It's not a Christian thing but a faith thing. For instance, some Muslims believe it is haram (that is a taboo) to do many things others take for granted. A man almost stabbed his wife somewhere in Ogun State for daring to register their daughter in a Baptist School. He was an imam and felt slighted by what his wife had done while he was away but she thought what mattered was the quality of the education their daughter was getting. She was a very proper Muslim woman but she exclaimed that she was no fanatic which brought out the devil in her husband! So it is very important to discuss and agree on these issues before even agreeing to marry. The more the differences in faith, the more vital it is to be tolerant and to agree on how the family should run. Ideally, date and marry someone with which you agree the most and disagree the least. It is part of compatibility

The second thing a dating couple that intends to marry ought to discuss is money. Gone are the days when the men made the money and women spent it. In fact in Igbo land, a married woman is called "oriaku di ya" meaning "spender of her husband's wealth". But times have changed. Women are increasingly getting more involved in money making for their families and in many cases, are themselves their families' breadwinners.

That being the case, we cannot go on with that old-school maxim that the man pays all the bills while the woman's money is for her use only. Of course if that's an agreement between the couple then so be it. But we cannot assume anything. You must discuss it and agree. For instance, in some cultures, the man literally owns the woman and anything she'll ever earn while married to him. When she earns anything, she is to come to her husband, drop to her knees and give it to her husband. If this is a couple's agreement in this current time, then so be it but don't assume it. I don't know many women today that don't find this practice absolutely ridiculous. You'll be a fool to assume that simply because such a woman is married to you, she would comply! You had better discussed it while dating or courting and you had better sounded her out on it. If you are a man that would forbid your wife from working at all, discuss it from the outset and agree. These things are rocking many a marriage today.

The third thing among many others we must discuss in a relationship is sex. Yes sex! Please don't freak out. You say "Why! I am a stickler for absolute abstinence until we are married" Noted. Yet, discuss sex. Even if neither of you have had any experience on it before, find out what you can about it (theoretically of course) and come into agreement on what will work for you both. For instance, are you comfortable with oral sex? Agree or disagree on it. Agree on things as private as sex positions or styles and many other things. Sex is for more than just procreation and any married couple can tell you that! You must therefore come to agreement as to what either or both of you expect from it.

In conclusion, there should be no insistence on one's own will or wishes. It is all a dialogue. You both are in love. So concede to one another. What you cannot accept, politely and lovingly speak out about it. It is a give and take situation. When this is done correctly, you'll have eliminated quite a number of hurdles that you're supposed to face in the marriage. Of course there are other things to be discussed before marriage but these are some of the most important ones in my opinion.

Man Finds Out His Son Is His Uncle, See Who His Girlfriend Had An Affair With

How Do Members of The Freemasons Join The Secret Society?