True Life Story- I Can't Understand Why People Treats Their In-laws With So Much Disdain.

By Isysuper (self media writer) | 1 year ago 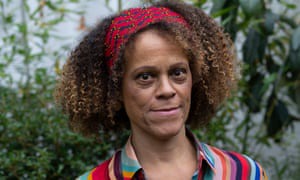 I paid my friend Florence a visit recently at her house, while talking and watching home videos,we heard her security man asking someone what they wanted, we were distracted by the noise, and decided to see what was happening at the gate through her window.

After a while, an old woman walked into the compound and was coming straight to her apartment, the moment she saw her, with disdain Florence said,

"This nonsense mother in-law has come again. What does she want now?"

Rushing into her room, Florence returned with her nail polish, sat down, and started painting her finger nails.

When her mother in-law walked in through the door, she greeted her, "Good afternoon my daughter", surprised, she ignored her. The old woman went straigth to the dinning table and sat on one of the dinner chairs.

Looking at my friend, she was busy tending to her nails, at the same time watching TV and laughing out loud.

After about 30 minutes of the mother in-law's arrival, she said, "My daughter, please give me water,I want to take my drugs, I have been sick for sometime now". And my friend Florence shouted at her, I don't have water to give to any body oh.., people should learn to stay in their own homes, this is my husband's house.

Irritated by my friend's terrible attitude towards her mother in-law, I thought of going to her kitchen to get water for the sick old woman, but on a second thought, I decided not to interfere with her family matters.

After another 30 minutes there about her mother in-law asked again for water for her drugs, telling her that it had long past the time she was supposed to take the drugs. My friend ignored her still.

Angered by her actions, I went outside, and bought N20 satchet water for her, she immediately drank the one satchet ,showing how thirsty she was, and used the second one to take her drug.

While this was going on, my friend went into her room, came out with one bottle of Eva table water, drank from it, and place bottle water on the table, in front of her mother in-law.

Then her husband came back from work, seeing his mother, spoke in their local dialect to her, she also replied her son using the same language, I don't know what they must have said to each other. Angrily Florence husband turned to her and said, We have packs of table water this and yet you refused to give my mother, just one bottle for her drugs.

Honestly,I thought she would become remorseful and apologize, but instead, she screamed back at her husband, disappointed by what is happening in her son's home, her mother in-law left the house, not sure though whether she returned to the village.

It was time for me to leave also, she me off, I then used the opportunity to let her know that the way she treated her mother in-law was very bad, and that she should not disrespect her husband.

She refused to listen and told me, that she hasn't even started, that she was going to strangulate her husband financially and become the head of the house.

I told her,I can no longer be friends with her, and am only just praying for her husband, because i wouldn't want to tell him that,his wife wants to turn him into a huose boy, while she becomes head of the house.

They have four children, all girls. she does not allow her husband's relatives to visit, but two of her relatives are staying with them.

Content created and supplied by: Isysuper (via Opera News )