By OmoNaija (self media writer) | 8 months ago

If you are one of those critics who often doubt the power of love, then you probably need to pay attention to this article. At this moment, you need to start believing in the efficacy of true love, as, already, there is an adorable growing love bond between popular Ivorian glamour model, Eudoxie Yao, and her dwarf boyfriend, Grand P. Ordinarily, one would not have expected this type of relationship brewing between these two individuals, as they are often deemed as 'not compatible' in many aspects.

For Eudoxie Yao, she is an extravagant Ivorian lady who is widely popular for her plus-size body curves & her exotic flaunts on Instagram. And, for her supposed boyfriend, Grand P, he is a Guinean short man (dwarf) with an appreciable level of talent as a music artist. Interestingly, both individuals started their love journey in 2020, and, from all indications, the love boat is sailing even better than many had expected. Although, some critics say, that 'big babe' Eudoxie is only probably attracted to short man Grand P because he is wealthy. Moreover, some other observers are insinuating, that she is simply using his popularity to further enhance her brand.

For me, regardless of the opinions from critics, I am still a firm believer in love; and, I strongly believe that the relationship between both Grand P & his Ivorian girlfriend can lead to amazing things. 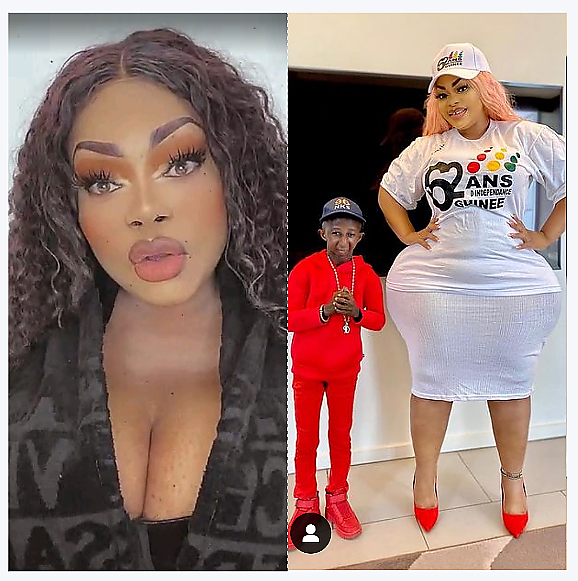 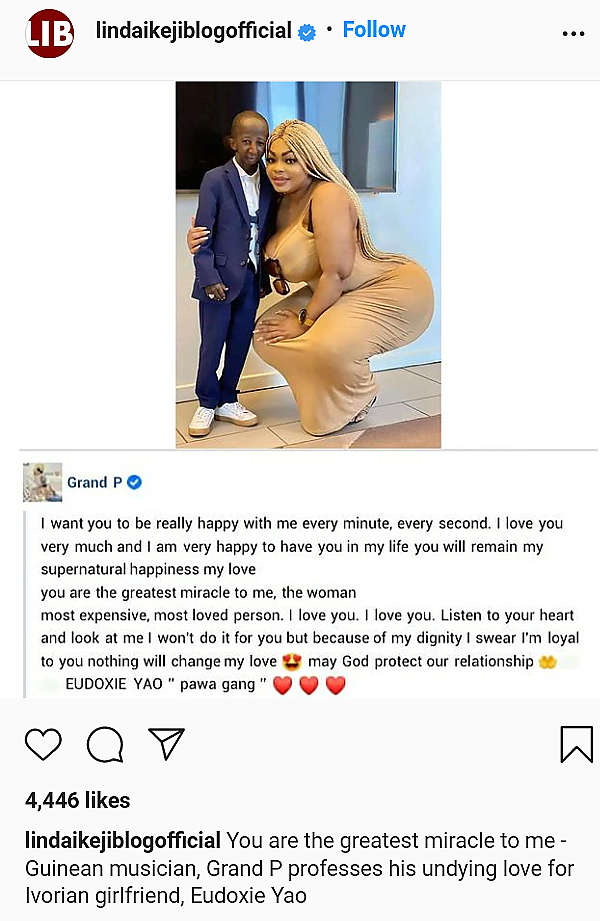 Already, Grand P is somewhat showing his true affection to his girlfriend, Eudoxie Yao, as he shares a fresh note of appreciation. In the note, he used some nice words to complement their love bond. And, remarkably, he also described her as the 'greatest miracle' that has ever happened to him. And, I think that's just so sweet.

Interestingly, even though I think Love can be an important factor in their relationship, I also recognize a few other factors that can be crucial to how well it works out between both of them. Thus, aside from Love, I'm highlighting notable 2 other factors that can make it a lasting bond for them, as outlined below: 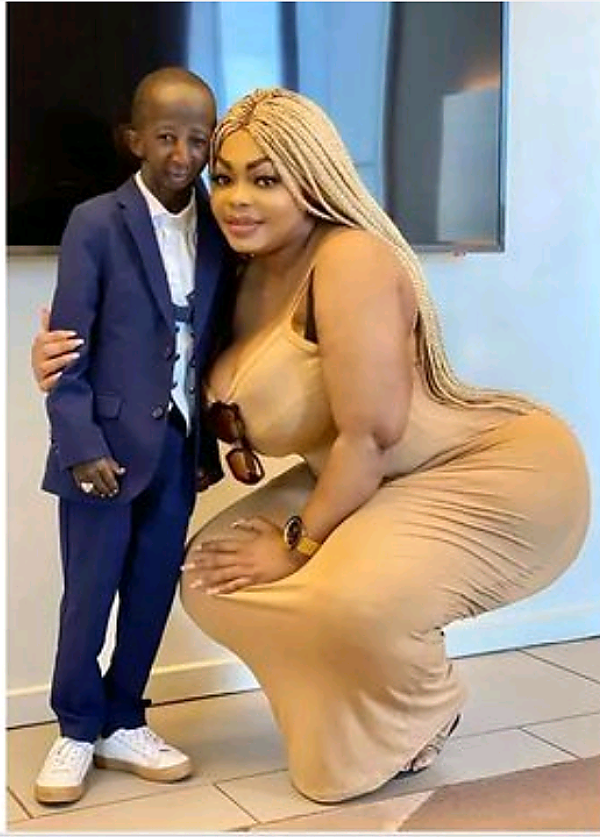 From a neutral point of view, there is a growing belief that if their relationship is bound to last long, then it seems a major part of the nitty-gritty depends on Eudoxie Yao. Truth be told, between both lovers, she is the one who has nothing to lose. For what it's worth, she is undoubtedly an attractive, productive young lady, and she is the ideal lady of some influential men out there. And, she can decide to opt-out of the relationship at any moment without any harm done to her brand.

However, to have us once again believe that true love still exists, and for their bond to last longer, Eudoxie's loyalty has got to be on a constant 100% level. She has got to have undecided loyalty for her lover, Grand P, regardless of his shortcomings. And, that also comes with her having full trust in his opinions & decisions on matters of mutual interests. With social media, if it's not managed properly, it often feels like virtually every aspect of a celebrity's life is magnified beyond reasonable proportion. And, such magnification, sometimes, can negatively affect the personality brand(s) involved. That is why I think, that for the bond between Eudoxie Yao & Grand P to be adequately nurtured, they should have some limits to how often they showcase their affection on social media.

Don't get it twisted; of course, both lovers can conveniently share lovely compliments about each other, YES. But, they don't necessarily have to be heavily sharing lovey-dovey compliments with enticing photos on daily routines, NO. Sometimes, better things come from relationships that relatively stay away from the prying eyes of some critics on social media.