Three Reasons Why Ladies Like Guys That Lavish Money On Them.

By VictorDavidson (self media writer) | 4 months ago

These days, so many men think that by making money, they do not have to do anything to improve the kind of person they are, and i mean their communication skills especially when it comes to getting women.

Although if as a man you have money, women would chase you, but once they discover that you only have money but you don't posses the dominant trait of a man, they like it.

If you are wondering why they like it, i would be listing five reasons why women like it when you have money but you are not manly enough. 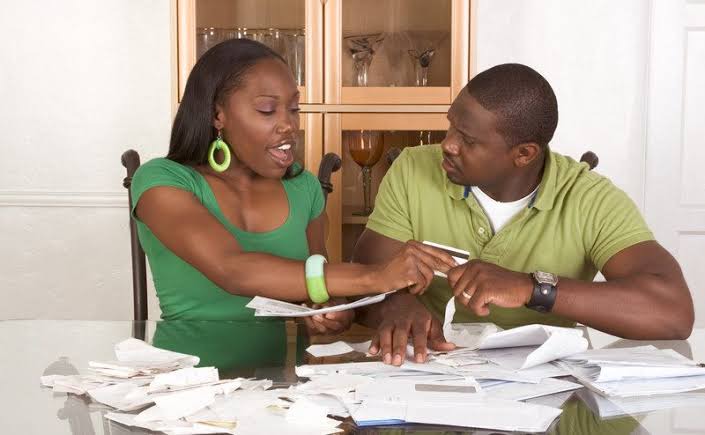 So now you have money and women are now the one chasing you, you would get the women but the only reason she is with you is because you have money. She might not even like you but because of the fact that she is eating free money, she would stick around.

I know a friend of mine that has money, and he really knows how to spend he's money on he's woman, but when ever he and he's woman have an altercation and he treating's to leave her, she would often reply to he's treat with she has already eating a lot of he's money so even if he leaves her she still gained more because even the love they both made sometimes, she too also enjoyed it so it's a win, win for her.

Today they are no longer together and she has a new man but he is still single, and when ever she see's him, she literally snob's him. Don't be that type of man.

2. She Does Not Have To Do Anything, She Just Needs To Act Like She Likes You.

Women enjoy doing this, enjoying free gift from a man she doesn't even give a dime about, it is literally one of the easiest things for them.

The man here would be buying things for her, taking her to expensive restaurants and giving her free money because he thinks the woman likes him, but all she does is just act cute and sweet towards the man when he is around, then making mockery of him and laughing about it with her girlfriends when he is not around.

Be wise, don't spend your money unnecessarily on a woman, let her first get worthy of you spending money on her.

3. No Need For Love Making.

She does not even have to get freaky with you, now you need to meet up with more conditions before you can be granted that access. She might even have another man that is getting that free access, but she just See's you as a money machine for her.

She might not even be a virgin anymore, and maybe so many other guys out their might have already eaten her apple and probably still eating it for free, but you are just there throwing all your money at her, you need to stop being that man you deserve better than that.

Some of you men treat women like butterflies, the problem is not that you are treating her that way, the problem is women don't just value men that treat them that way. These type of men they always either get friend zoned or they are brother-zoned.

If you want to win more with women and make them respect you, then you need to stop treating them like butterflies and start really putting them in their place, you need to stop putting up with their game and start acting more musculine, and that is the only time they would start respecting you.

Thanks for reading, if you enjoyed this article, then give us a Like, don't forget to Share and kindly Follow this page for more expert dating and relationship advice.