By KevweChovwen (self media writer) | 2 years ago

Galápagos, a province of Eucador in South America, is best known for its volcanic islands and extremely rich but delicate biodiversity which cannot be found anywhere else in the world.

Marine iguanas, sea lions, flightless cormorants, giant tortoises, large cacti, endemic trees and the many different varieties of mockingbirds and finches are part of the fragile ecosystem there. 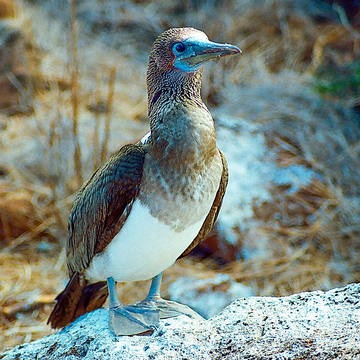 Located off the western coast of the Eucadorian mainland, Galápagos is comprised of 127 islands, islets and rocks. Out of these, only 4 are inhabited by people. As a UNESCO World Heritage Site, the Galápagos Islands and its immense, underwater wildlife reserve are carefully protected and managed by international treaties, and they have been jointly described as a "living museum and showcase of evolution". Observations of the unique animal and plant life found in this part of the world in 1835 later inspired Charles Robert Darwin's widely accepted theory of evolution: species change over time, give rise to new species, and share a common ancestor. This theory proposed by Darwin - who was a popular British naturalist, geologist, and biologist - is now seen as a starting point in modern science.

Studies of species in the Galápagos' ecosystem continue to produce new additions to science and reveal the indirect and direct roles this diverse ecosystem play in ensuring human survival and well-being.

According to UNESCO's World Heritage Centre, the main threats to the Galápagos are the introduction of invasive species, rising tourist visits, demographic growth in communities surrounding these islands, illegal fishing, and governance issues given the large number of stakeholders with different interests involved in managing the islands.

Demographic growth often drives industrialization and intense human lifestyles, which in turn, fuel the loss of biodiversity. Data tells us we could already be in the midst of the sixth mass extinction of species. 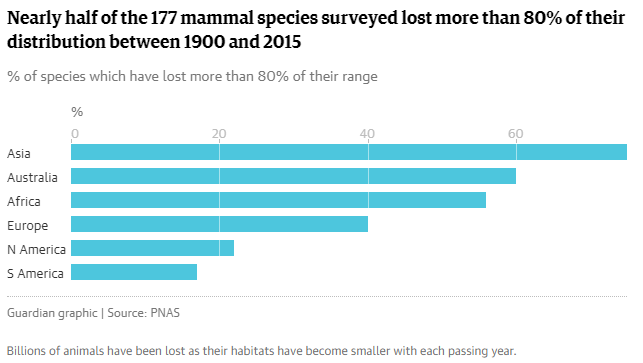 On Sunday, December 22, an oil spill incident occurred at a small port in the Galápagos. A crane collapsed while loading a generator from a barge unto a ship, releasing up to 2,000 litres (roughly 600 gallons) of diesel into the water. This incident comes on the back of the 2010 Deepwater Horizon oil spill in the Gulf of Mexico that led to cases of lesions or sores in 20% of fishes and other negative effects on marine life, as well as the 2001 oil spill in nearby Santa Fe islands that decimated 60% of marine iguanas in the Galápagos. Thanks to swift clean-up efforts by the Ecuadorian government and frontline responders, the latest situation in the Galápagos was contained by Tuesday, Christmas eve. Early environmental testing indicate that the oil spill did not degrade the marine habitat and wildlife of the Galápagos. However, it may be too early to detect "hidden" effects of the oil spill on this valuable ecosystem - these may be revealed on a longer time scale. Regardless, the swiftness exhibited by the Ecuadorian actors confirm that having a sense of urgency during containment or remediation initiatives is a useful and determining strategy.

This sense of urgency is largely missing in many preservation, protection, or remediation programmes around the world. For example, in the highly polluted Niger Delta region of Nigeria where clean up activities of historic oil spills have been lagging for years and no clear, definite results achieved despite large funding approvals and both local and international partnerships.

In addressing threats to natural sites across the globe and their respective ecosystems, there is no single potent solution. What we need to do is to have a rethink and then develop a bundle of solutions and efforts while being guided by a sense of urgency.

Content created and supplied by: KevweChovwen (via Opera News )