By PhoenixAde (self media writer) | 3 years ago 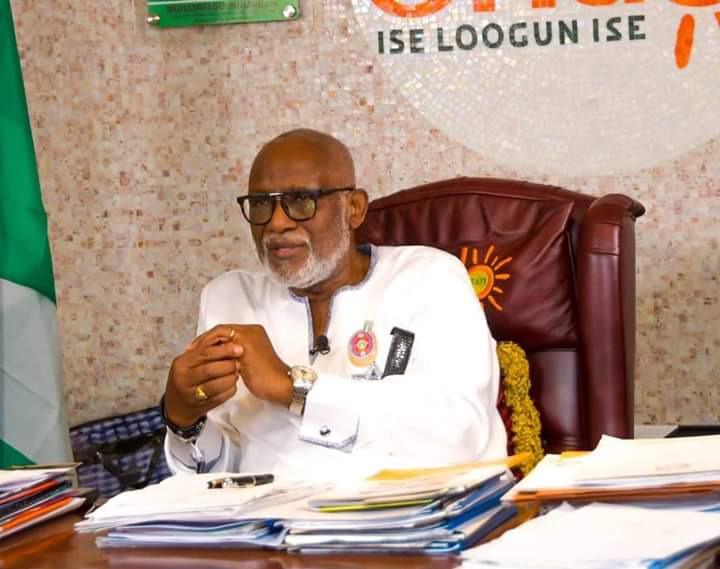 With the governorship election coming up in Ondo State this year, machinery is already in motion towards the race for the all-important poll in the state.

As the race begins, one of the aspirants under the All Progressives Congress (APC), Jimi Odimayo has described the continued crisis rocking the APC as evidence of incompetence on the part of the state governor, Oluwarotimi Akeredolu.

According to Odimayo, he emphasized that the crisis which could be traced to when the governor emerged as the party's standard-bearer three years ago shows that Akeredolu lacked direction as he stressed the governor does not mean well for the party.

His words "The current administration in the state has left the vacuum in the party unattended to for too long which has made the issues seem irreconcilable. So, for APC to go into any general election, this vacuum must be filled.

"It is quite obvious that there is a vacuum. The party is not together. From the fact that the administration is going to three years, that the crisis that arose from the primaries three years ago cannot be resolved is a failure of leadership. So there is a problem. That you have failed to lead or bring people together is a big failure.

"So, APC needs to save the current situation because the crisis has become almost irreconcilable. I can assure you that with God on my side, the party will be stronger again towards emerging victorious at the polls."

While addressing members of his local government over his intention to vie for the number one seat in the state, Odimayo said that with his ambition which a divine revelation from God, he has already commenced reconciliation process among all the aggrieved members of the party.

"With my candidacy, we are already ensuring that all the necessary areas are fixed before the election. My candidacy will reconcile all the aggrieved members of the party as well as resolve all the differences within the party.

"God said He is sending me to go and resolve the crisis in the party and to restore hope in the state. People are hungry, it can be felt across the state. The state needs someone who knows that the essence of governance is to give people the basic necessities, " he stated.

Meanwhile, members of the party across the nine wards of the local government who were at the meeting assured Odimayo of their unflinching support as regards his ambition.

For Mrs. Margaret Adesuku, the Woman Leader for the Odimayo group, she said that the governorship aspirant deserves to be the candidate of the party as she expressed dissatisfaction with divisions within the party while a political leader in the local government, Mr. Omotunde Lawson disclosed that Odimayo will enjoy the support of everyone within the council area disclosing that the local government has never produced anyone with the might to eye the state governorship seat.

Content created and supplied by: PhoenixAde (via Opera News )