Two young men are currently cooking off their heels in the police station, after they were arrested by men of the nigeria police force attached to lagos state Nigeria. 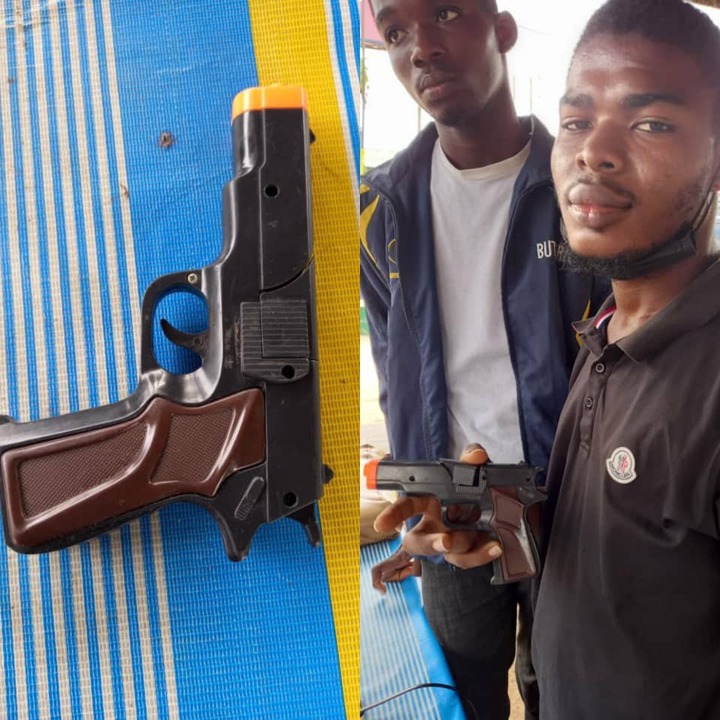 The two suspects who are male where arrested by the police why they were operating. This was made known to the general public by the spokes person of the Nigeria police in the region.

It is no longer news that Nigerians get robbed especially in traffics. The hoodlums seized this opportunity to block unsuspecting victims, and disposes them of their belongings.

However luck ran out of these two who were apprehended by the police, during investigations that made some shocking revelations that the "gun" with which they rob people, is not a real gun.

Infact it is just a dummy gun with which they trick unsuspecting victims into thinking the gun is real, and out of fear and pannick they give up whatever valuable they have. 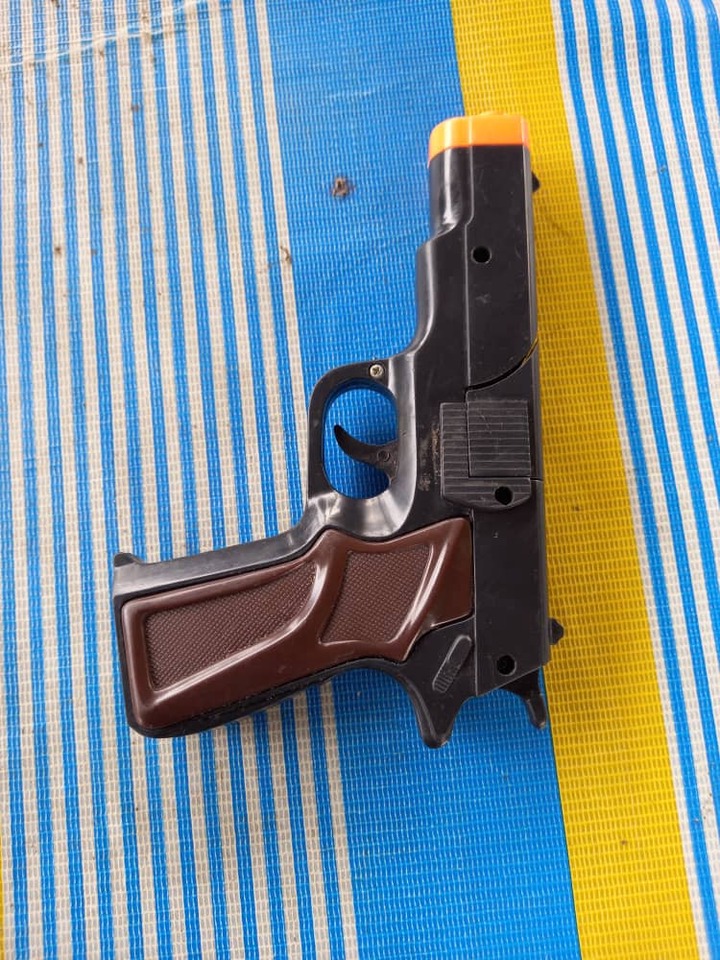 The two are being held in police custody pending when investigations will be over, and thereafter they will be charged to court for prosecution.