By TopTrendyNews (self meida writer) | 1 months

On the 15th of April, 2021, all road led to Nibo in Anambra state as family, friends, colleagues, and well-wishers of Kamsi Okonkwo converged to pay their last honour to their friend, son, colleague who died at the prime age of 23. 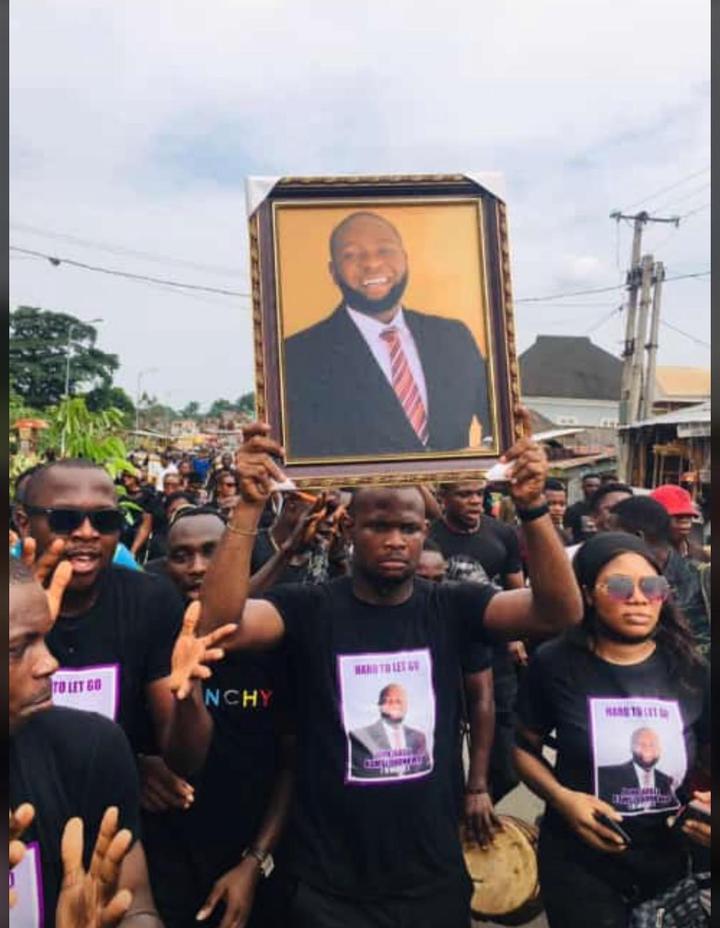 Life was snuffled out of Kamis in a rather dehumanizing, bizarre and excruciating way in the month of March. Kamsi was the only child of his parent born 15 years after his parents Union.

He just graduated for ANSU last month but sadly lost his life in aghastly motor accident around 9th Mile corner, Enugu when a trailer load of cement lost control anf emptied its content on the car which Kamsi boarded. 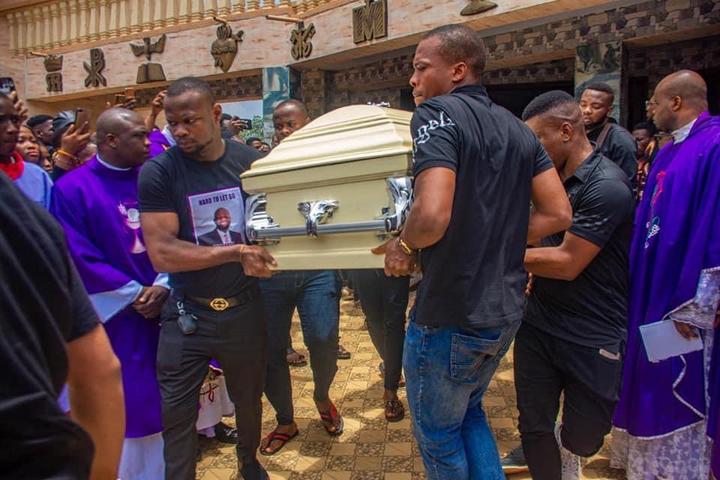 He was there gasping for breathe amid shouting for help. Alas, help came 6 hours later after Nigerian breweries came with their crane to lift off the fallen train but by them Kamsi had long drawn his last breathe.

I don't even want to imagine the weight of the load. We all know that a bag of cement weighs 50kg, imagine a full load of trailer which carries not less than 900 bags emptying its content on a car. 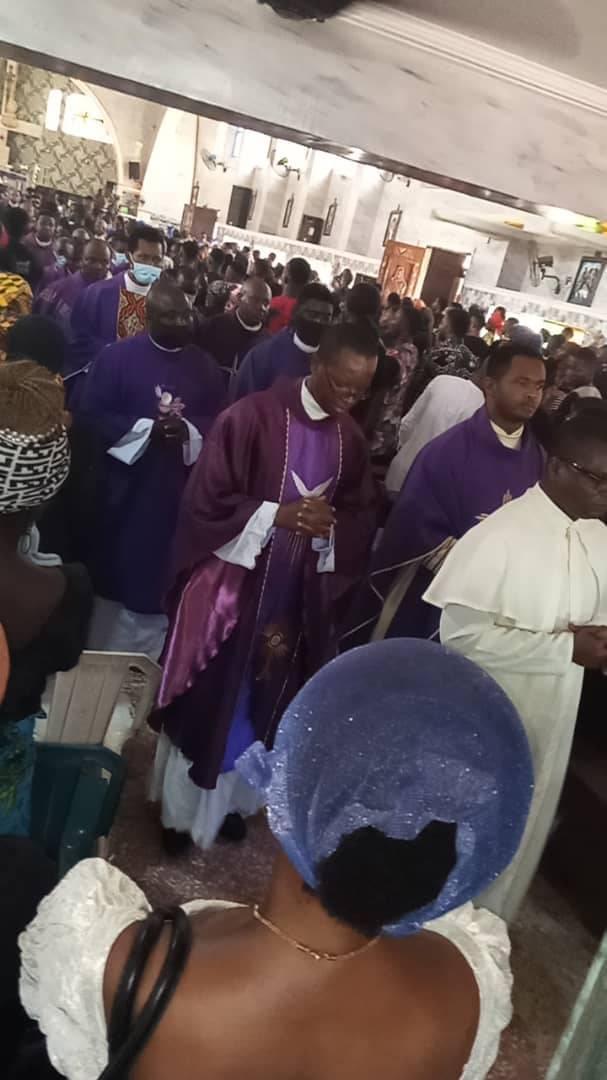 On the 14th April, all road led to Nibo for his vigil mass. His numerous friends ranging from his classmates, colleagues, fellow political administrators, friends and well wisher were all present as they lit their candles in honour.

On the 15th of April, from Regina Caeli Hospital, individuals and motorcade joined the hearse in bringing his remains home to his father's compound.

His remains was first taken to St. Theresa's Catholic Parish, Nibo for requiem mass them brought home for final mass.

At about 2:48pm on the 15th of April, he was lowed to the grave in his father's compound in grand style though amidst tears. His friends were seen wearing black and black with his face drawn on the polo. 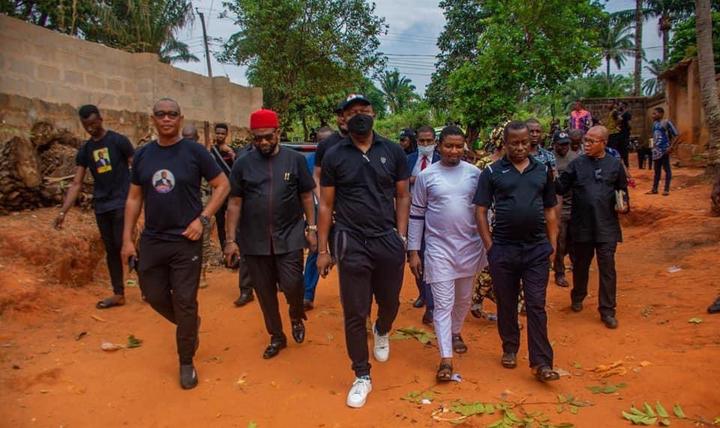 It is worthy to note that in this young man's burial we had over a dozen of Catholic priests and roughly about 1500 persons in attendance. Indeed he was buried in a grand style. 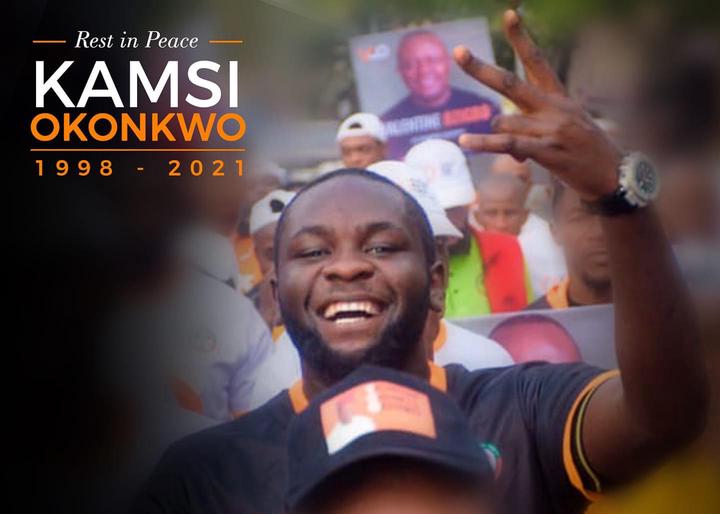 May his soul rest on peace. And may God comfort his family especially his mother.

"How Can A Helicopter Crash While Allegedly Supplying Weapons Without Knowing The Owner?" Sani Asks