Today's Headlines: Tension In Imo As Another Priest Is Kidnapped; Kanu Sends Strong Warning To Igbos

Nobody Would Send You Away From Imo, Uzodinma Says As He Assures Northerners In Imo Of Protection 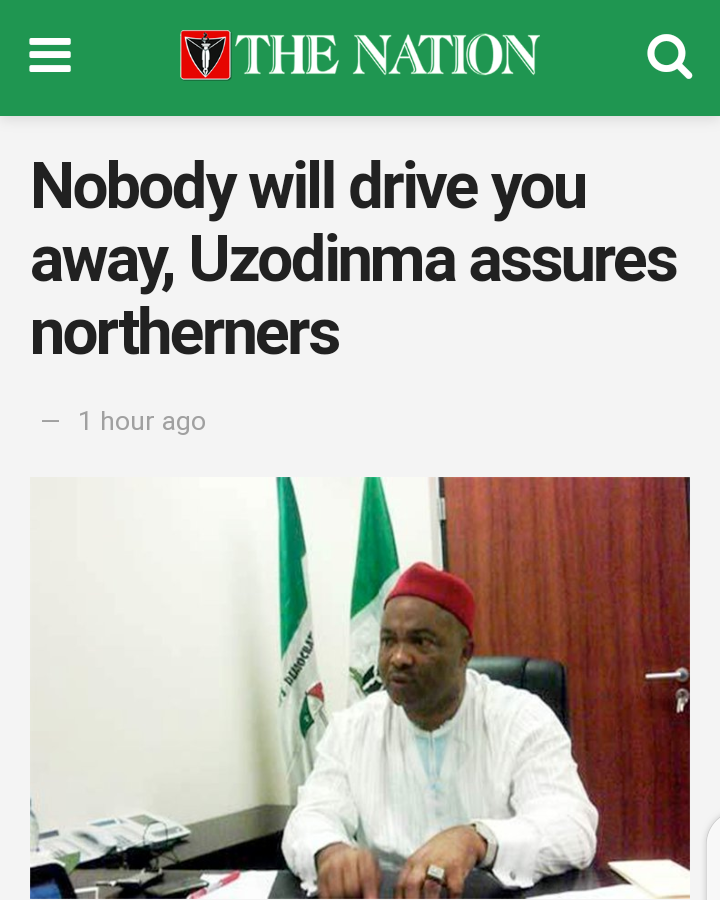 Governor Hope Uzodinma of Imo State has sent a message to the Northern people currently residing in Imo State, assuring them that they remain an integral part of the state and that their protection remains one of the top priorities of the state government.

In a session with the Northern community leaders, the Governor had reiterated that Imo State is where the northerners reside and do that business, therefore nobody can send them away from the state. He urged them to stay in their houses and defend themselves, while also protecting their household, as Imo State remains their home.

The Northern community leaders in Imo State had paid a courtesy visit to Uzodinma, to reportedly show their support for him despite recent attacks targeted at sections of the community in some areas of the state. Recall that a few weeks ago, some members of the community were reportedly murdered in cold blood by some unknown gunmen, who have now gone on to commit other atrocities in Imo State. 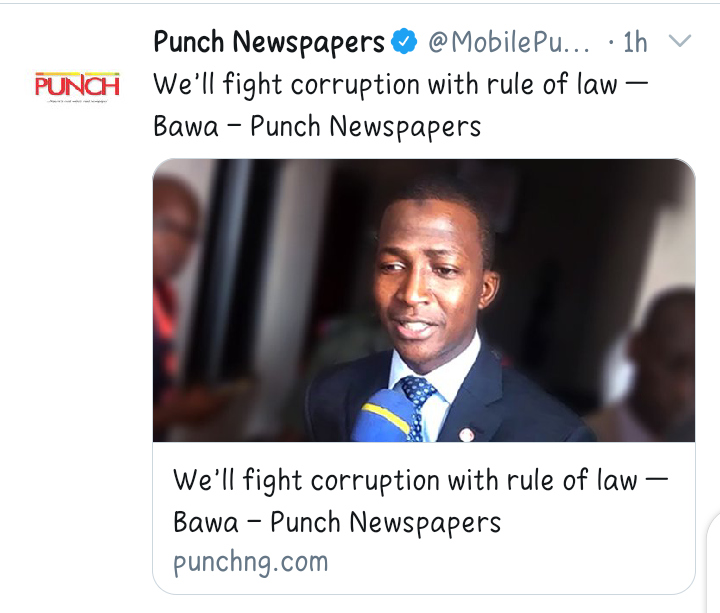 The newly appointed EFCC chairman, Abdulrasheed Bawa has now emphasized that his administration in the Economic and Financial Crimes Commission will fight issues pertaining to corruption while strictly following guidelines and rules stated by the constitution.

The above statement was made by Bawa when he was on an official visit to the Kano State Zone of the commission. He emphasized that the only thing that distinguishes the EFCC from other agencies charged with law enforcement, is that the commission strictly adheres to the rule of law.

The new charge by Bawa is coming after his predecessor was accused of constantly engaging in social media trials, with further allegations of flagrant disrespect for the rule of law levied against him before his removal months ago. 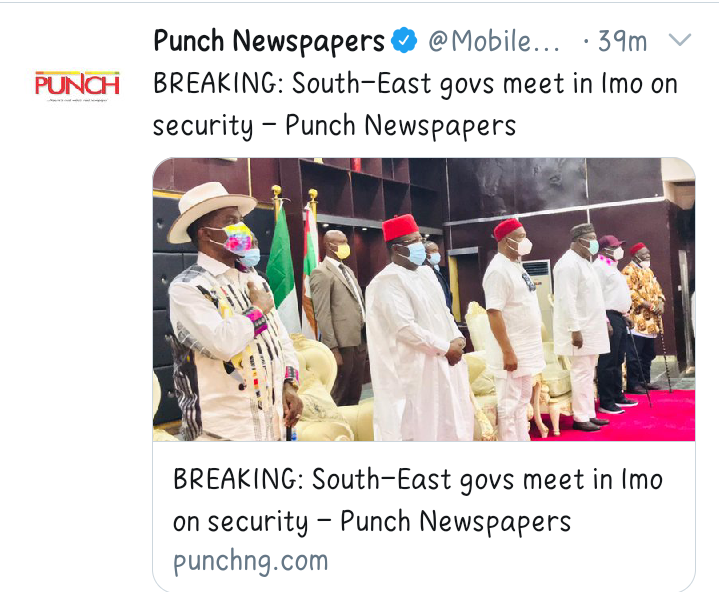 The Governors of the five Southeastern States are currently holding a meeting in Imo State, with reports suggesting that the key agenda of the meeting is to discuss pressing issues in the region, with regards to the constantly rising state of insecurity, after pockets of attacks launched in Imo and Ebonyi States by bandits and another group with an unknown Identity.

This is coming after the Imo State Governor had attributed the unrest in his state to political enemies; the Nigerian Police Force insisting that IPOB was behind the attacks; and Nnamdi Kanu, the leader of the proscribed IPOB and ESN dropping several inciting statements against the government via his social media page. It is hoped that the outcome of the meeting would be one that would combat the insecurity being suffered by the states in the region.

Tension In Imo State As Another Catholic Priest Is Kidnapped 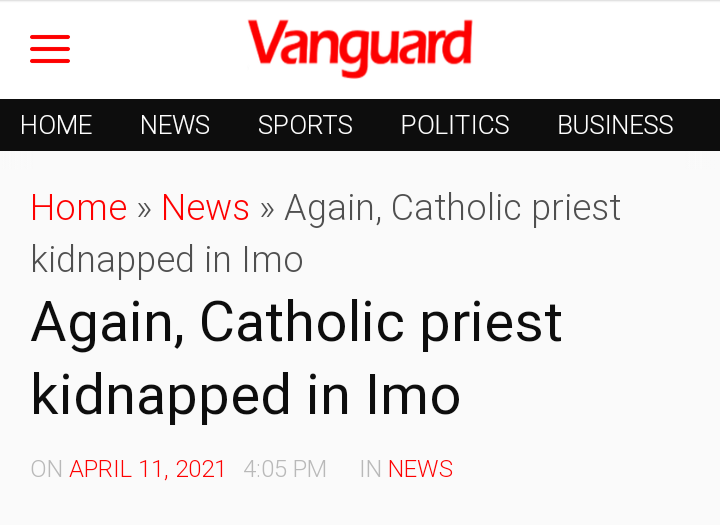 The tension in Imo State has continued to increase, as another priest of the Roman catholic church has been kidnapped by suspected kidnappers, who reportedly ambushed his vehicle while he was on transit in the state.

The new attack on Rev Father Izu Marcell is coming after the kidnap and subsequent freedom of an Auxillary Bishop of the church in Owerri Archdiocese, Bishop Moses Chikwe.

The recent attack happened at Okigwe, while the reverend was on transit to Enugu from Owerri at night. 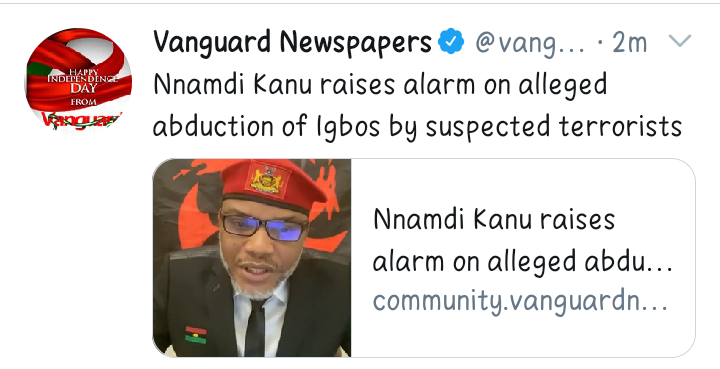 The leader of the proscribed Indigenous People of Biafra and the Eastern Security Network has taken to his social media handle to send a strong message to the Igbos in the southeast, concerning the activities of terrorists and Herdsmen in the region. 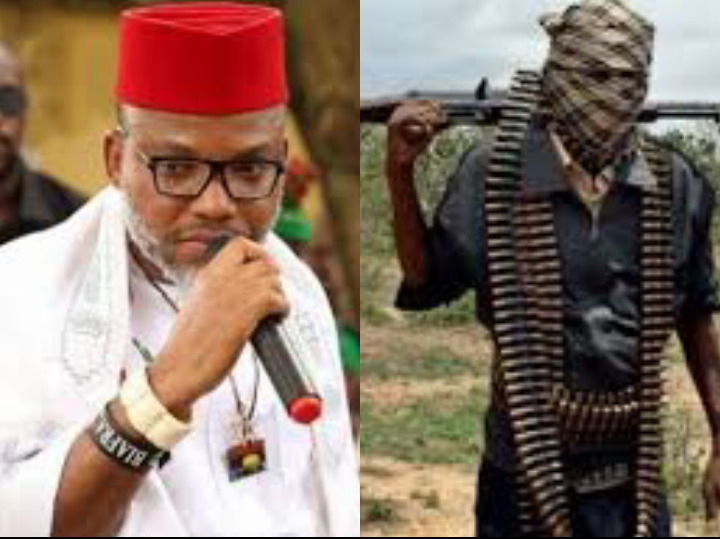 According to Kanu, some killer herdsmen have begun to kidnap innocent citizens in Ihiala and Ozubulu, two notable communities in Anambra State. Kanu further revealed that the assailants had arrived the region with over thirty Hilux vehicles, to allegedly launch violence in the region.

"In All Fairness, The Insecurity In Nigeria Didn't Start With Buhari" - Femi Fani-Kayode

7 Months After Inauguration, Onitsha Sea Port Is Yet to Start Functioning

Ckay Vs Chike, Who Slays Better?