A Man identified as Best Abarawe was arrested by the police for conspiring with other kidnappers, to kidnap the employees and employers in the firm where he works as a security guard. This incident took place in Benin city, Edo State, Nigeria. Best was arrested with 2 other kidnappers, the others can be identified as Akpadulaha Yamoh and Jacob Goto.

The kidnapping suspects have been on the wanted list of the police in Edo State for a long time now. They previously took part in alot of kidnapping cases in Edo State, they also attacked alot of people working in different sand excavation firms or burrow pit.

Due to the fact that Best has a close relationship with the organization where he worked as a security Man, he made use of that to get vital and important information from the company. He was able to find out things about those rich employees, after that he would give information to kidnappers to come and abduct the employees and ask for ransom. 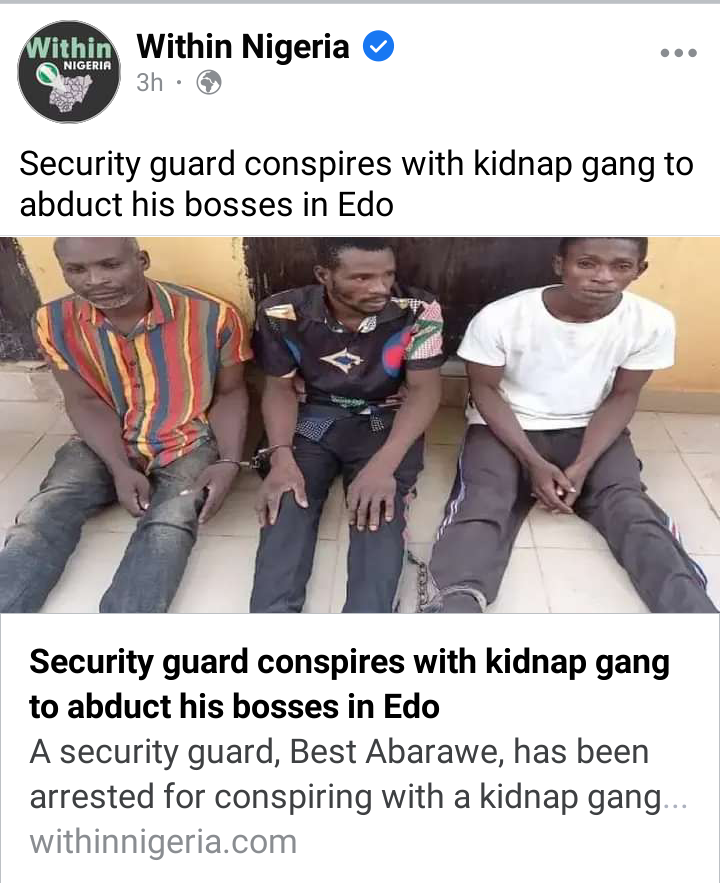 Festus Alenkhe, who is the crime correspondent explained that it was the security Man that took them to the particular firm and they were able to survey the area. After they were done surveying the area, the Kidnappers then proceeded to kidnap Kingsley Osazuwa, the firm manager.

The Kidnappers took Kingsley through the Ikpoba river along the Benin-Agbor road, they dropped him off at an unknown destination to negotiate for a ransom. 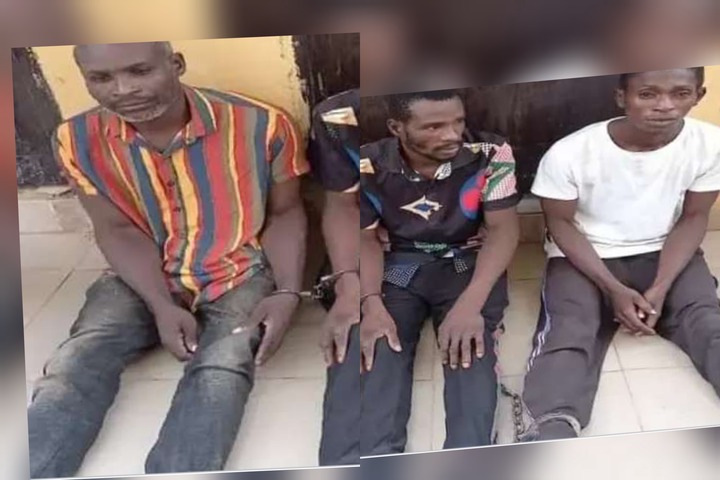 Apart from that, the kidnapping gang also kidnapped another Man from a sand excavation site on July 20, 2021. The Man was also taken to the same unknown destination where the kidnappers collected ransom. They have been on this kidnapping business for a long while now.

They were doing this business discreetly until an issue erupted between them. The security Man felt as though he was being cheated and given the smallest share of the ransom, despite being the one that gives out information about who should be Kidnapped.

Best was able to escape to Warri where he was arrested by the Edo State Police. He later went ahead to expose the rest of his gang after his arrest. One of the kidnappers called Jacob revealed that he was amongst the prisoners that escaped during the Endsars protest. He was in prison for the same crime of stealing and kidnapping.

Lessons Employers Have To Learn From This Story

1. It is no longer news that alot of people are unemployed in Nigeria and there are alot of companies that are willing to help out by giving out jobs. Even as you give out jobs to people, try as much as possible to do a full background check on the person you want to employ. Don't just believe everything you see in their Curriculum vitae, it is best to do your own background check to avoid stories.

Alot of firms have employed Kidnappers and criminals without knowing it, alot of people are already suffering for that mistake. Most employees don't just come to work, some of them have other motives that can be damaging to your company.

2. Learn to live a low profile, don't let the whole world known your worth. Most Kidnappers watch out for people living extravagant lives, alot of them go ahead to Kidnap those they feel are wealthy and are worth kidnapping.

3. Employers should mind what they discuss in front of their security guards and other employees. Alot of robberies and kidnapping cases that has occurred in the past were planned by security Men and employees. You have to learn to trust nobody so you do not end up regretting it in future.