By Crownboy (self media writer) | 1 year ago 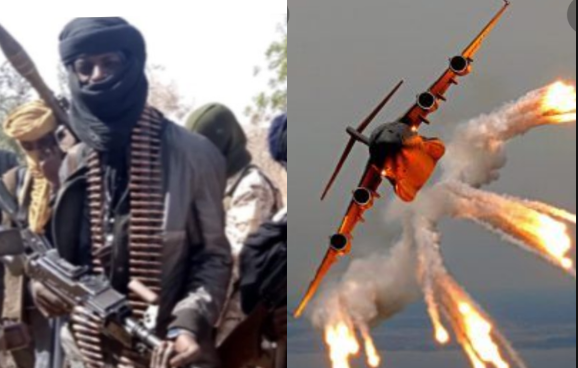 There is panic among corps members in Zamfara State following the abduction of some of their colleagues on their way to their orientation camp in Tsafe local government area of the state. 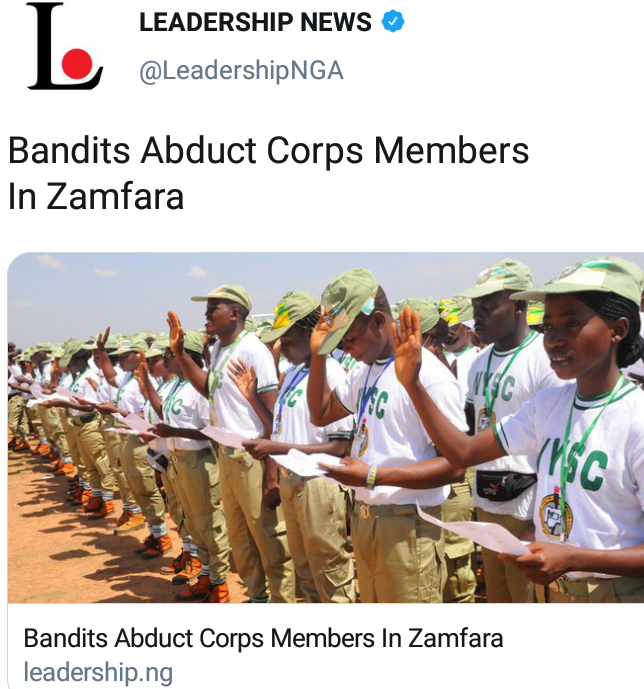 Police confirmed the abduction of two of them along the Sheme-Tsafe highway in the state, but witnesses said about six others were missing since Tuesday.

There is an NYSC orientation camp in Tsafe.

The police said a joint search and rescue operation was in progress to rescue them.

Police spokesman, Muhammad Shehu, said the police commissioner, Ayuba Elkana, had visited the camp and assured of the safety of corps members.

Police said on October 19, 2021, at about 2230 hours, a vehicle with registration number GBK 339 ZY was blocked by armed bandits while travelling from Benue to Sokoto State near Wanzamai village in Tsafe LGA. As a result, passengers whose identities were unknown, were abducted. 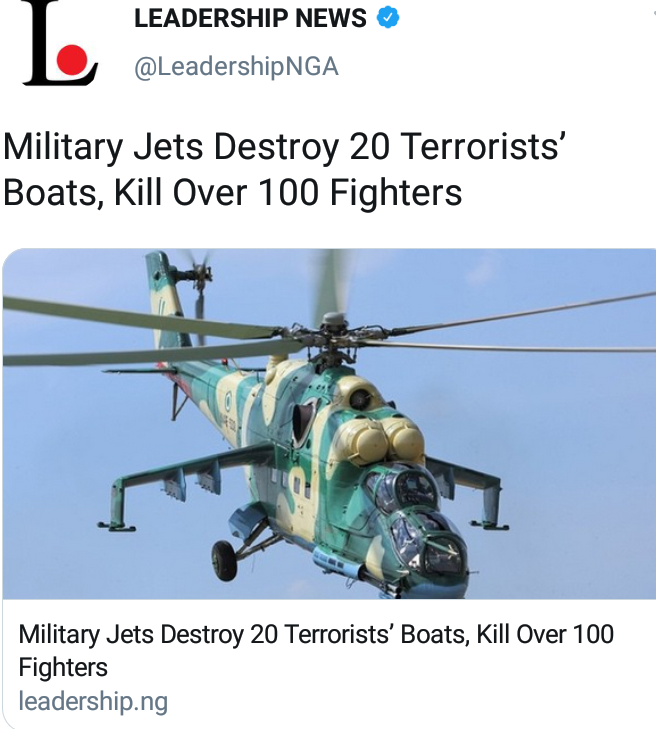 The air component of OPHK following credible intelligence on October 20, 2021 said about 20 boats with suspected Boko Haram /ISWAP terrorists were converging for a meeting on an Island in the Tumbuns on the Lake Chad and at Malam Fatori, deployed three NAF aircraft to carry out strikes.

The NAF director, public relations and information, Air Commodore Edward Gabkwet said overhead the targets, the pilots observed a gathering of about 20 boats consisting of five to seven suspected terrorists in each boat.

“Using a mix of bombs and rockets, the three aircraft carried out series of strikes and scored devastating hits on the targets leaving some survivors scrambling for their lives,” he said.

In line with the federal government’s agricultural policy, the Federal Ministry of Agriculture and Rural Development has commenced training of Agricultural Extension Agents in Enugu state. 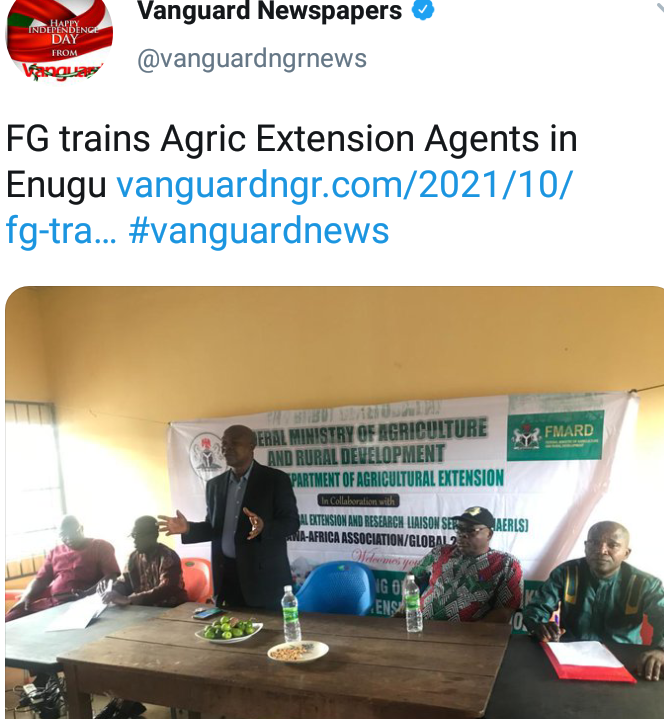 No less than 40 of the agents have been trained in the state on Tools and Methodologies on Selected Agricultural Value Chains.

The Enugu training which ended during the weekend as part of a four - day training of extension workers on extension tools, methodologies and selected agricultural value chains, was conducted simultaneously in the thirty - six states of the federation including the Federal Capital Territory Abuja.

Speakers of the 36 state Houses of Assembly in Nigeria on Saturday called on the Federal Government to declare bandits and kidnappers as terrorists, adding that kidnapping and banditry should be dealt with decisively. 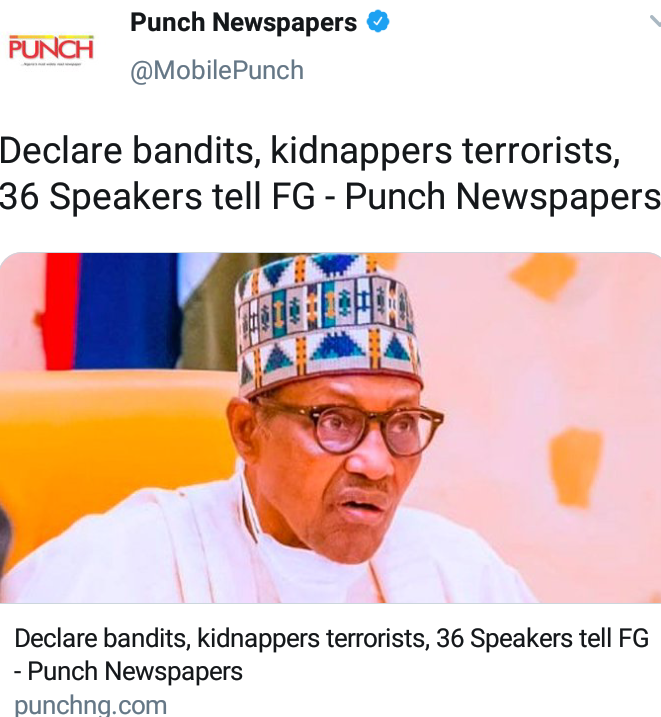 This was part of the resolutions contained in a communique read after their deliberations during the 2021 Third Quarter General Meeting in Katsina.

The Speakers met under the umbrella of State Legislators of Nigeria.

The Chairman of the Speakers’ Forum, who is also the Speaker, Bauchi State House of Assembly, Abubakar Suleiman, read the communique containing the resolutions.

The Speakers decried the spate of insecurity in Nigeria and resolved to work out legislative frameworks to complement the effort of the Federal Government to fight the menace.