By Seniroz (self media writer) | 10 days ago 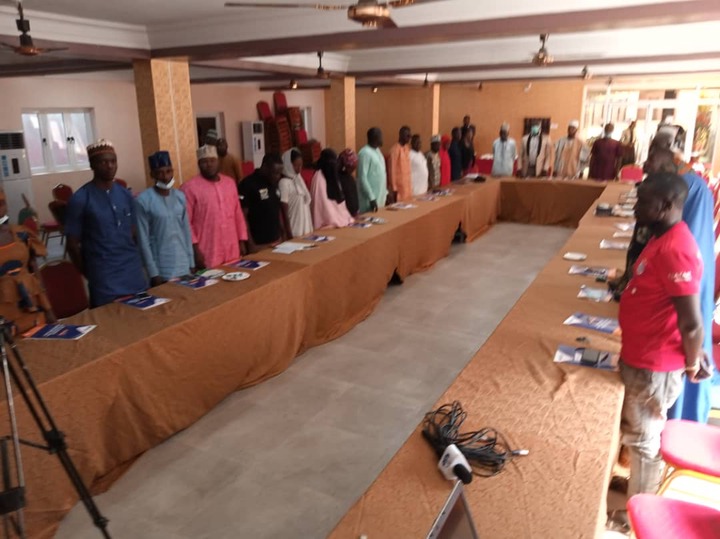 CLEEN Foundation,  a Non-governmental Organisation (NGO) has launched an Early Warning and Early Response (EWER) Project in Nigeria with a focus on sixteen communities in the Four Volatile States and sixteen Communities in Northern Nigeria.

The project was designed to contribute to the mitigation and to bring to an end the frequent conﬂicts, disappearances and mass violence that is persistent in Northern Nigeria, especially in Kaduna, Plateau, Zamfara and Taraba.

Olofin who was represented by Mrs Chigozirim Okoro, Assistant Program Manager, CLEEN Foundation, disclosed that the Northern part of Nigeria has recently seen an increase in the rate of violent conflicts with different underpinnings.  This, according to her,  calls for review of strategy of operation by duty bearers especially the government and has raised several queries on human security in the country.

According to her, these incidents are being driven by the effects of climate change; ethnic, religious and cultural tensions; weak response by security agencies.

Quoting the United Nations, Olofin said human security calls for “people-centred, comprehensive, context-specific and prevention-oriented responses that strengthen the protection and empowerment of all persons.

"We have seen governments at different levels come up with several strategies and policies intended to address the multiple layers of insecurity in the country. It is against this backdrop that CLEEN Foundation has established EWER Stakeholders Forum and Community Safety Partners," she said.

The executive director further explained that the purpose of the workshop is to brief the selected stakeholders on the project goals, objectives, activities and expected outcomes. She added that the workshop seeks to cultivate additional input into EWER implementation strategies, secure buy-in among stakeholders and set up the EWER Stakeholders Forum in the LGAs of Kaduna State.

"We are convinced that a successful implementation of this project will help to mitigate violent conflicts in Kaduna State. We, therefore, solicit for the cooperation of everyone, including, traditional, religious youth, community and women leaders, formal and informal policing groups, the public, Kaduna Peace Commission and other relevant stakeholders in the State to contribute to the realization of the project objectives," Olofin said.

The specific objectives of the project are to: Strengthen  understanding of  regional conﬂicts  and mitigation  opportunities  through  stakeholder  assessment and  community  engagement;

Strengthen and  expand linkages in 16 communities  between early  warning alerts of incidents and on-the-ground  responders through  communications  and networking  activities and to;

Build the capacity of 32 early responders to respond to conﬂict incidents and mitigate violence in 16 Northern Nigerian communities over two years.

Accordingly, the project is designed to respond to the need for improved civilian protection from the incessant attacks on various communities in the target states in Nigeria.

The project commenced with a mapping study conducted in the focal communities to serve as a baseline for the implementation of the project activities. A major outcome of the mapping exercise was the production of a list of stakeholders that formed the Early Warning and Early Response Stakeholders Forum and Community Safety Partners in Kaduna State.

Content created and supplied by: Seniroz (via Opera News )