By gistnodeyfinish (self media writer) | 12 days ago

The sight of blind men and women being led around by small children is common on many streets, particularly in congested areas where they usually tap on car windows or near churches, mosques, banks, and relaxation centres.

We see these young beggars every day and everywhere, but we have no idea what their lives are like. It's amazing how much goes on under our noses while we're all unaware of it.

Samuel Abdulraheem, who was kidnapped in Kano and hired out to blind beggars on a weekly or monthly basis as a guide around the dusty streets of Lagos and neighbouring states.

Samuel was only 7 years old when he vanished from his family's home in the 1990s. Samuel, the last of 17 children from a polygamous family (his father had 17 children from four wives), was left with his nanny when he went missing. His family had been informed that he had gone outside to ride his bicycle. 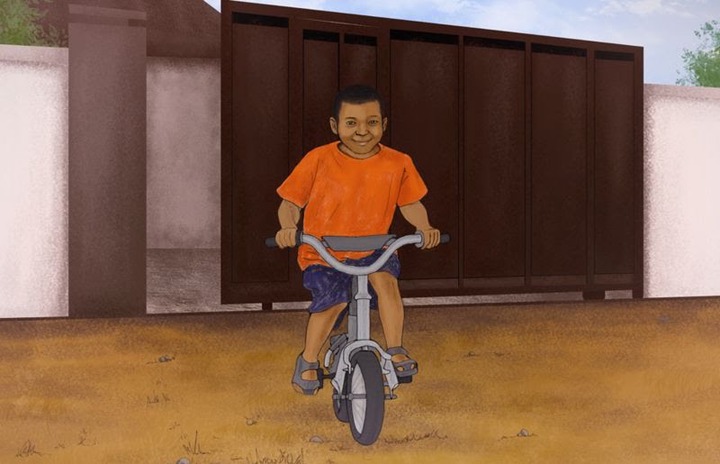 Firdausi Okezie, Samuel's favourite sister, who was 21 years old at the time of his abduction, revealed that they had tried everything to find him. 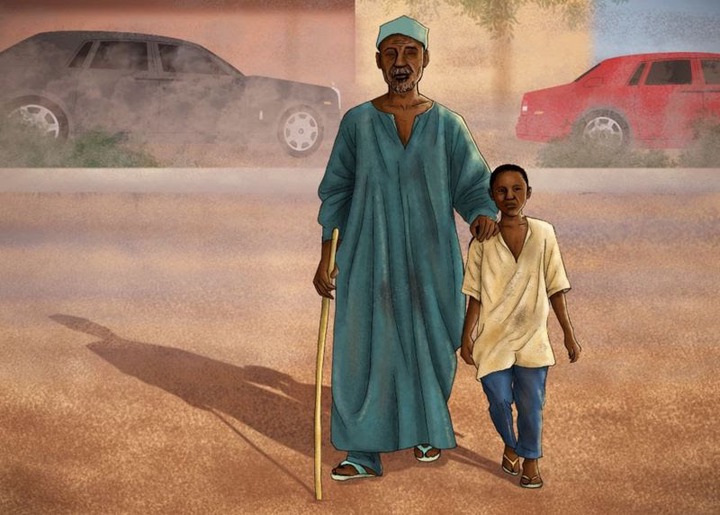 According to her, she was not made aware of the situation right away because she was still enrolled in university. She began to suspect something was wrong when her favourite sibling did not rush to the phone to speak with her whenever she called, as he usually did.

Firdausi returned home unexpectedly, suspecting something was wrong and learned the tragic news. She stated that at first, her father had the nanny arrested, but she was released after an investigation.

They also tried for as long as possible to keep the news from Samuel's mother, who was divorced from his father. They would make different excuses every time she called from her new home in a different city. An uncle was eventually assigned the unenviable task of informing her.

Aside from extensive police investigations, the family advertised in newspapers and dispatched search parties to comb the streets. They checked ditches for evidence of a hit-and-run and even consulted Muslim spiritual priests known as Mallams.

After a lengthy search with the assistance of the police, Mallams, and family members, the father asked the family to accept Samuel's death, stating that they had done their best.

Firdausi, on the other hand, refused to give up. She dedicated her university thesis to her missing brother and moved to Lagos in search of work a year after graduating. Ahe became a Christian and began attending Winners Chapel, one of Nigeria's mega-churches located in Ogun state, just outside of the city.

Shiloh is a five-day program held by the church every December. Firdausi had gone to the event to apply for a booth to sell some tie-dye fabrics made by her mother. She sat on a chair and rested her head in her lap while waiting for a carpenter to help set up the display. 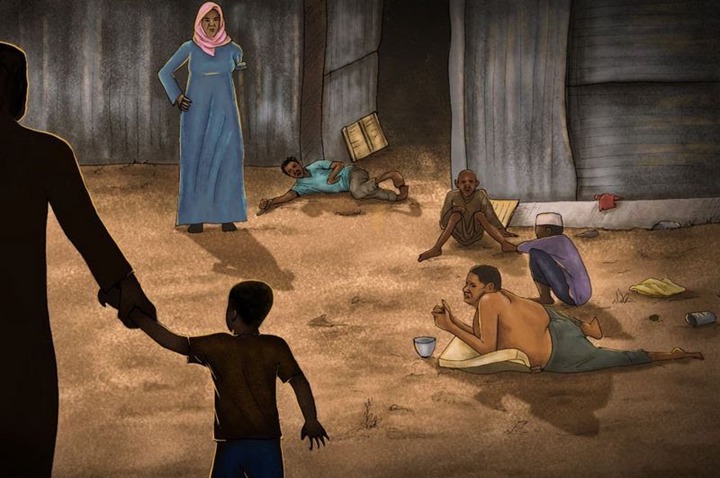 That's when she heard a beggar pleading in Allah's name for spare change. Firdausi raised his head. This beggar's hand was firmly planted on the left shoulder of a boy wearing a tattered brown tunic and undersized trousers. Firdausi screamed that the haggard boy leading the beggar was her long-lost brother. 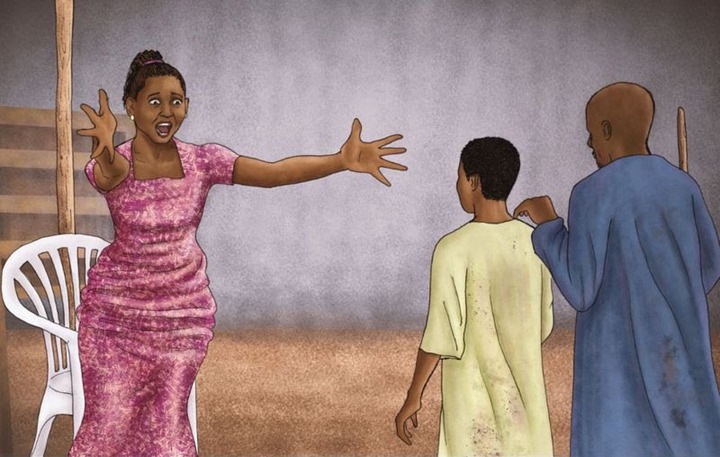 Firdausi's scream drew a crowd, which included church officials. She managed to explain that the gaunt boy with bent shoulders is her long-lost brother, despite her shock and inability to properly express her joy. They called her discovery of her brother a "miracle," and officials bathed the boy, dressed him up, and had the pair climb the altar to testify.

Samuel was miraculously discovered after being declared dead for five years. Sharing his story, Samuel stated that those years are a blur to him and that perhaps he was given something that caused this.

He didn't think about his family while incarcerated, he claimed. He said he stayed with a one-armed woman who rented him out and slept on a mat. When he was rented out, he slept on the streets with whichever blind beggar was his current master, much like a piece of furniture.

For N500 per day, this unnamed woman hired him out to blind beggars. Only Samuel shared the woman's shack, sleeping on a mat.

He claimed that over the years, about five other boys appeared to live with other women in the same yard, each hired out to blind beggars.

Samuel also discussed how he was hired by various beggars for a week or a month. He claimed that he and beggars slept in public places alongside others. He revealed that he felt like a slave and he couldn't say he wanted to go anywhere. He had to be present at all times.

He was always starving and he rarely sat down to eat during the day when he work. He never for once thought beggars were bad. They wake up and beg in the same way that people wake up and go to work.

He revealed that it took him a while to figure out who his sister the day she bumped into him. He was 13 years old when he was discovered, and it was difficult for him to return to normal life. He returned to his father's house, while his sister continued to care for him.

He returned home with boils and rashes that stank. His right shoulder had been bent for over a year due to years of being gripped by beggars. After years of no education, it was difficult to get him into any school because many rejected him, claiming he was too old for primary school.

Finally, a school run by a proprietor who had been in Canaan land when he was discovered agreed to accept him. He excelled in school and passed his secondary school entrance exam within a year.

He only spent three years in secondary school because he was an exceptional student, and at the age of 17, he sat for his university entrance exams and was admitted to Ahmadu Bello University to study chemical engineering.

Samuel became popular for assisting students with assignments due to his intelligence, and he was unfortunately expelled in his fourth year after being caught writing another student's answers during exams.

The 30-year-old, who now works as a construction site supervisor, expressed a desire to return to school and study computer science once he is financially secure.

He also advised on how to treat beggars and their helpers. He stated that when people see a beggar with someone, they should consider the possibility that "this child may need help; don't just see and give money and walk away."

Samuel claimed he holds no grudges and considers everything that has happened to him to be a natural part of life. As a result of his experience, he refused to give money to beggars. He would rather buy them food.