The Heart Is Broken" - Soyinka Sends Emotional Message To Buhari On State Of The Nation.﻿ 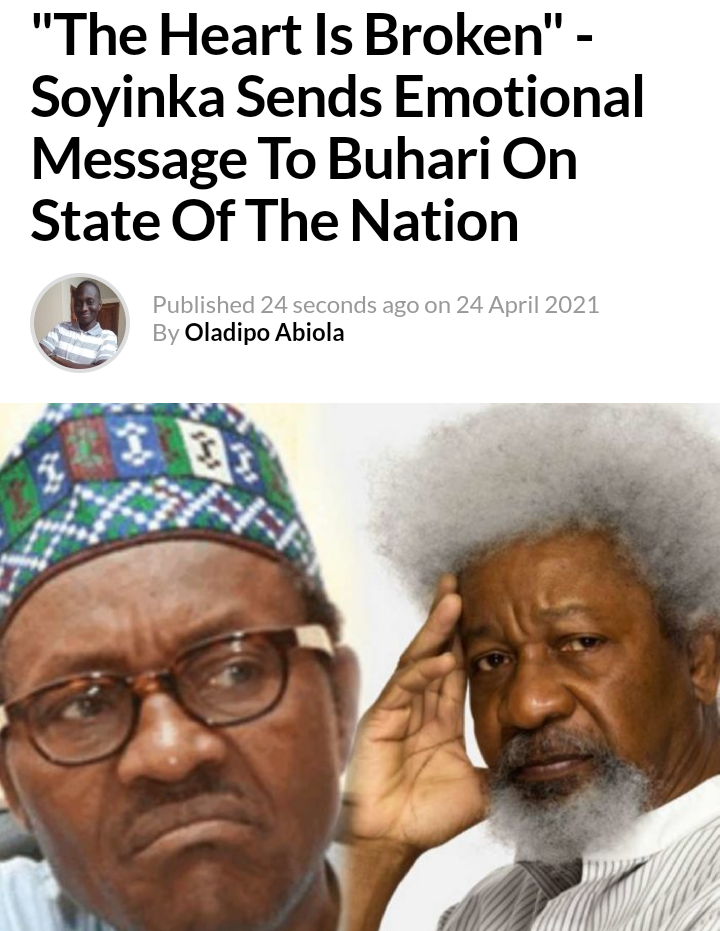 Nobel Laureate, Prof Wole Soyinka has once again called on President Muhammadu Buhari to wake up from the slumber and realize all is not well with Nigeria.

Soyinka in a statement on Saturday titled "The endless Martyrdom of youth," called on the Buhari-led administration to seek help in curbing the many challenges facing Nigeria as a country.

He noted that the heart of many Nigerians are already broken and the people live in despair, unsure of what lies in stock for them in the future as everything looks bleak.

Soyinka noted that Nigeria is already getting overstretched and desperately in need of solutions as the country with every passing minute tends towards a failing state.

He reiterated the need to stop playing politics with the future of the youths of the country but to sit tight and find solutions to ravaging problems threatening to tear the country apart.

The statement reads in part: "Abubakar Atiku has summed up the nation's feeling – this most recent savagery against our youth is heartbreaking. More than the heart is broken, however, more than millions of individual hearts still lay claim to bonds in common humanity. 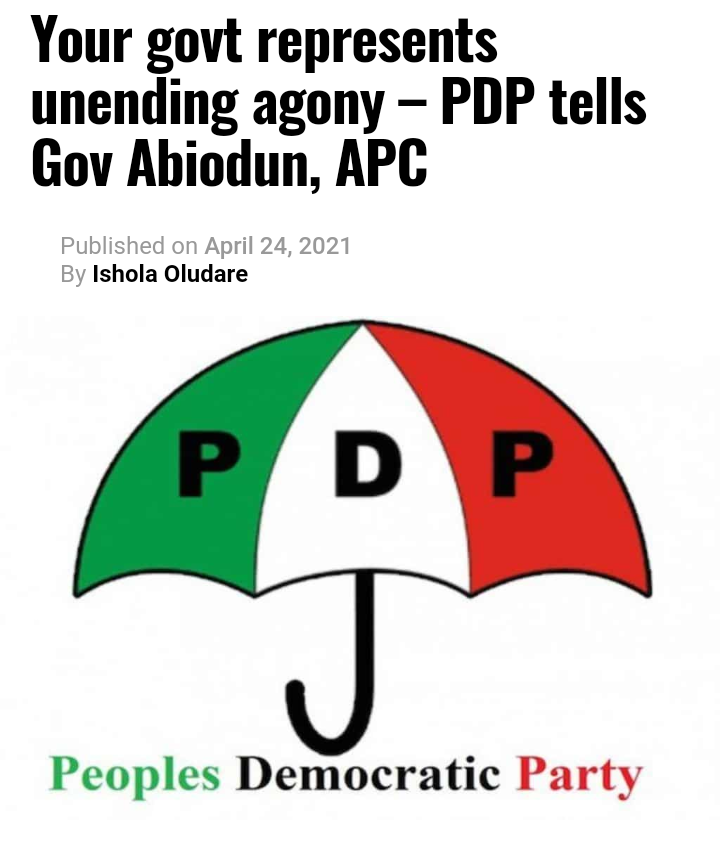 The Ogun State chapter of the Peoples Democratic Party (PDP) said the government of Governor Dapo Abiodun and the All Progressives Congress (APC) represented unlimited agony in the state.

This was contained in a statement made available to DAILY POST by the State Publicity Secretary of the PDP, Akinloye Bankole, on Saturday.

Bankole, who said the Ogun APC was pained with the growing wave of stability and harmony in the PDP in recent time, told the party that Ogun people are still awaiting all the “electoral eldorado” it promised during the campaigns.

According to Bankole, Ogun government under Abiodun “should remember that while the Governor chooses to keep silent, the scourge of insecurity in Ogun state still looms large under his weakling watch.”

The PDP maintained that “displaced Ogun indigenes who are in asylum in Benin Republic are tired of grains and noodles,” adding that “they want to return to a secured home.” 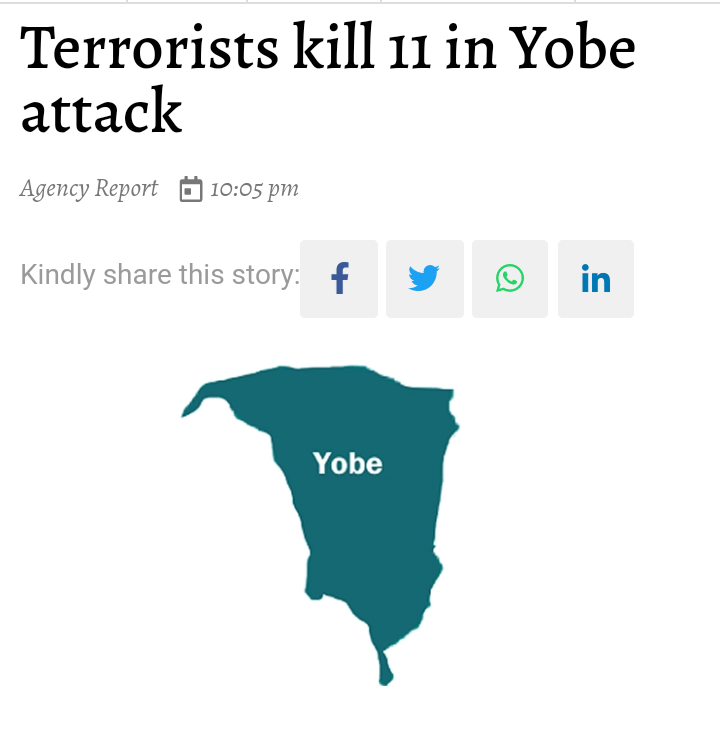 At least 11 civilians were killed when IS-aligned jihadists invaded a town in northeast Nigerian Yobe State, an official and residents told AFP on Saturday.

Fighters from the Islamic State West Africa Province in eight trucks fitted with machine guns stormed the town of Geidam as residents were preparing to break their Ramadan fast on Friday, leading to a gun fight with troops from a nearby base.

“We lost 11 people in the terrorist invasion and the gunmen are still in the town,” Ali Kolo Kachalla, Geidam political administrator, saidOur people are trapped in the town and soldiers have been prevented from leaving,” Kachalla said by phone from the state capital Damaturu.

The victims were killed when a projectile hit two adjoining homes in the Samunaka neighbourhood of the town during the fighting between troops and the militants, residents said.

“A projectile fell on the two houses, killing all the 11 occupants, six from one house and five from the other,” said resident Babagana Kyari.

Presidency under fire over comments on forgery, terrorism. 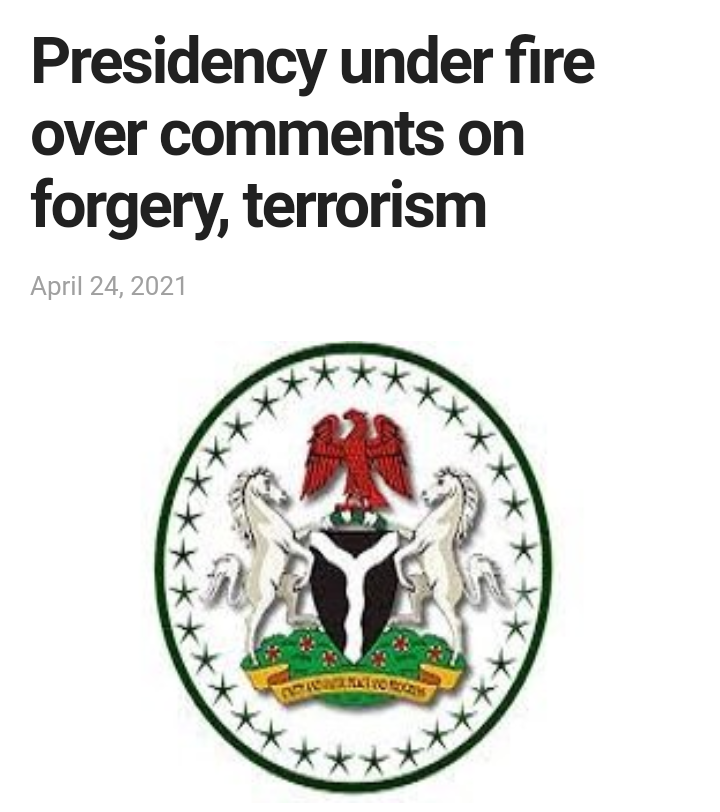 The Presidency has come under fire after maintaining its position in support of embattled Minister of Communications and Digital Economy, Dr Isa Pantami.

The Nation reports the presidency had conceded the views expressed by Pantami endorsing some terrorist groups in the past were unacceptable.

Appearing as a guest on Channels Television’s Politics Today, Garba Shehu had compared the case of Pantami with that of former Minister of Finance, Kemi Adeosun, who resigned over allegation of forgery.

Shehu, a spokesman for the President, stated that the Presidency would have acted differently if the Minister had committed forgery.

If Pantami had forged a certificate to come into office, the attitude (of the Presidency) would have been different,” he said. 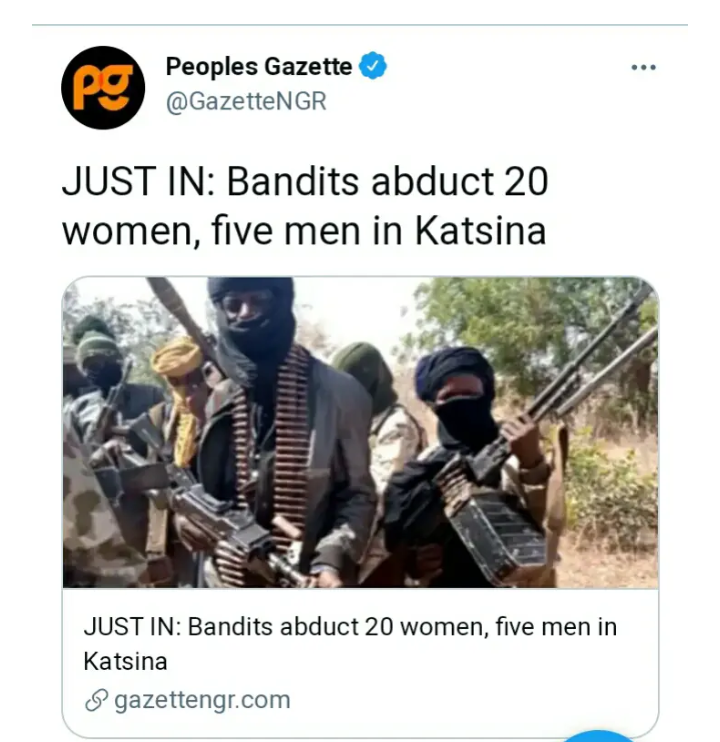 Reports has it that no fewer than twenty persons were kidnapped by bandits during a wedding ceremony on Friday in a local village in Katsina State .

It happened that the incident which caused tension around 1:00 p.m at Gidan Bido in Dandume Local Government.

The news of the abduction was posted on Saturday by Katsina Post noting that the kidnapped people are married women.

Following the abduction of the women, another set of gunmen attacked Unguwar Bawa Village in a separate attack on the neighbourhood, abducting about five men. 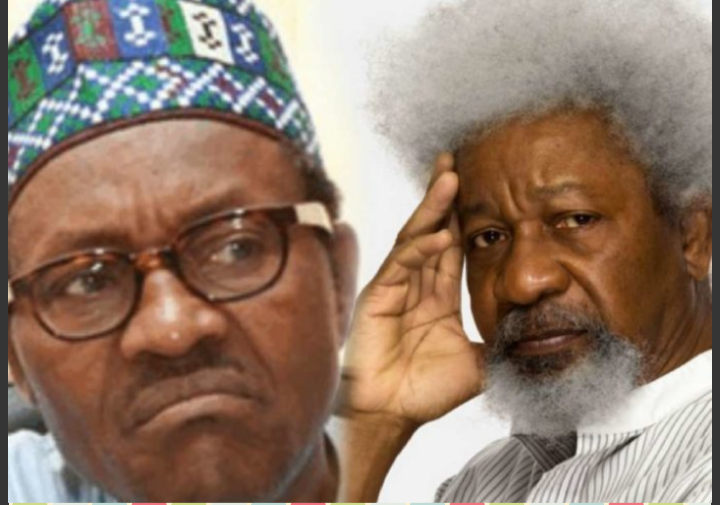 If You're Driving Your Car And It Develops A Break Failure, Don't Panic - Do These Things

Are You Tired Of One Breakfast? Check Out These Delicious Recipe Your Family Would Love To Eat

Tired Of Old-Fashioned Outfits? Here Are Some Latest Ankara Styles You Would Love To Consider

Joke Jigan And Others React As Mercy Aigbe Looks Charming In New Photo.

Opinion: One Major Group In The North Who May Prefer Osinbajo Over Tinubu Ahead 2023