By BlessedInks (self meida writer) | 21 days

Popular Nigerian American musician, David Adedeji Adeleke popularly recognized by his music name as Davido has taken to his verified Instagram page with millions of followers to react to the trending news in America on the cases of George Floyd who was killed by the police and a new case of a 16 years old girl who was shot and killed by the police. Yesterday, most of Americans especially the black people were in the mood of celebration after Justice was served on the case of George Floyd who died while police officer, Derek Chauvin knelt on his neck back in May 2020. Yesterday, a court in America ruled and found Derek Chauvin guilty of murdering George Floyd and could face up to 75 years in prison. 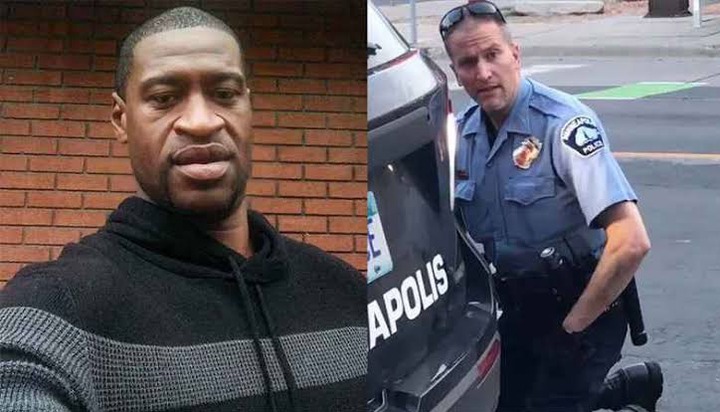 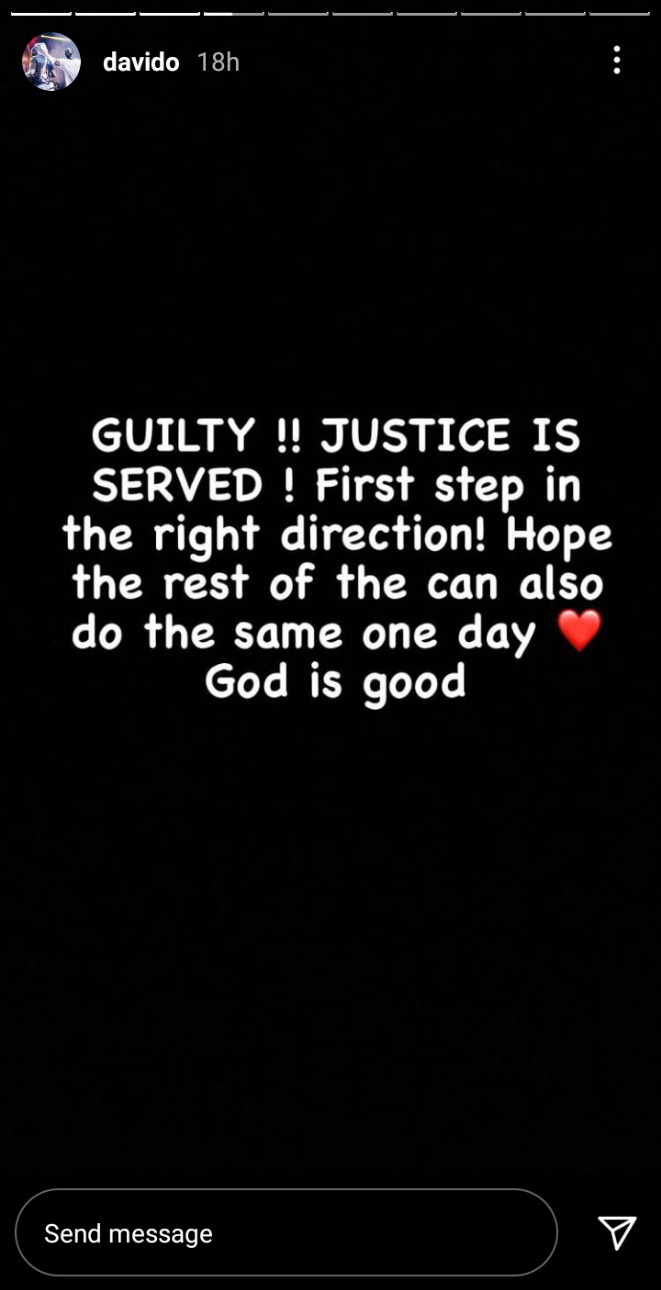 However, just few hours after Davido was happy and celebrated the Justice for George Floyd, he was saddened and shocked to hear that another 16 years old black girl has been shot and killed by the police on Ohio.

According to reports, the young girl named Ma'Khia Bryant called the police for help but they arrived and shot her instead after they met her with other girls in a fight with a knife, she wasn't the one with the knife but she was the one who got shot 4 times. 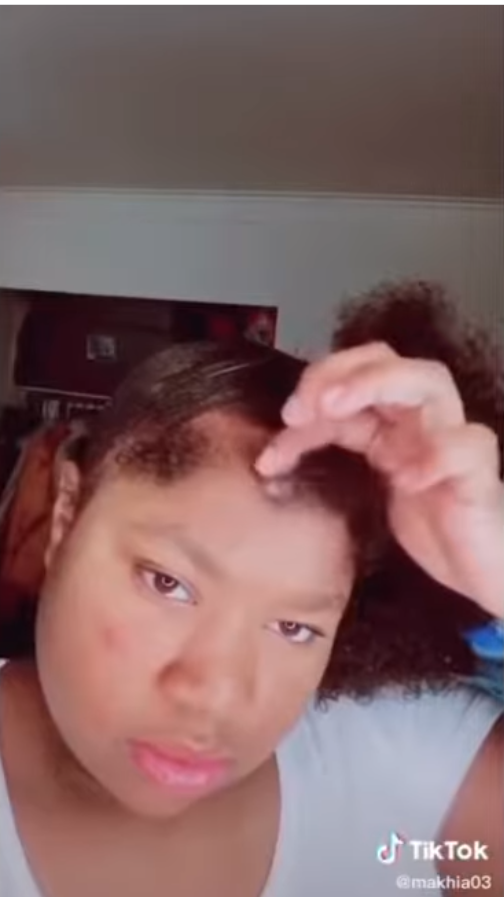 Davido also took to his Instagram story in surprise to react to the news. Reacting to it, Davido said it's only 1 day away from the Justice on George Floyd's case and it is too bad to see such happen again.

See his posts reacting to the news below:- 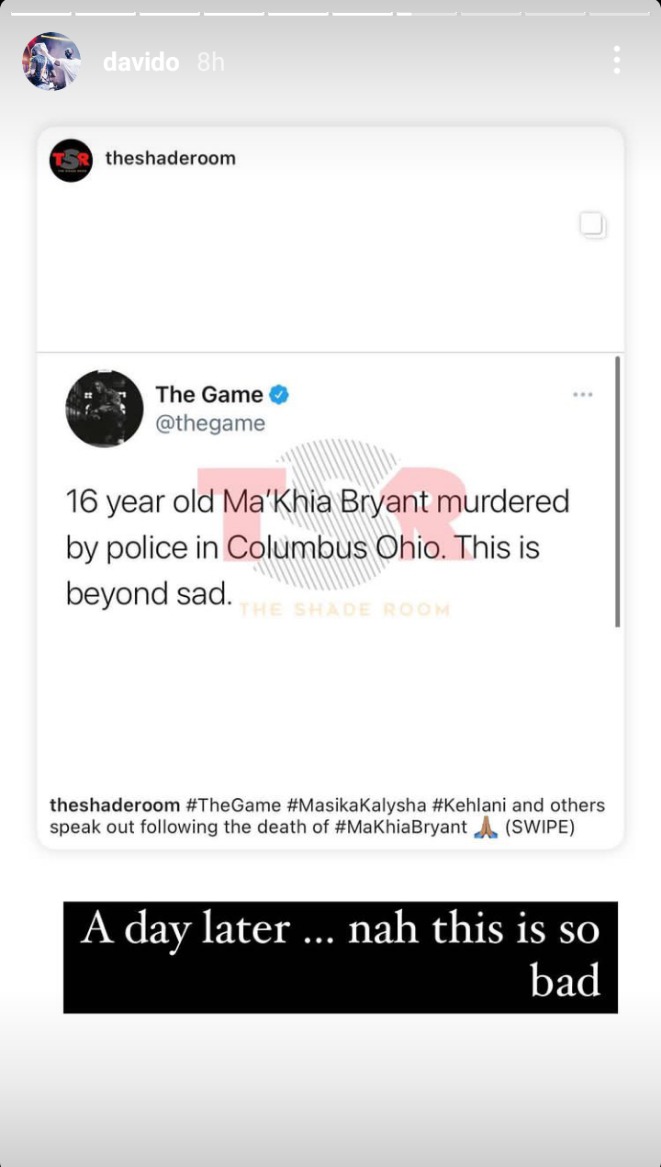 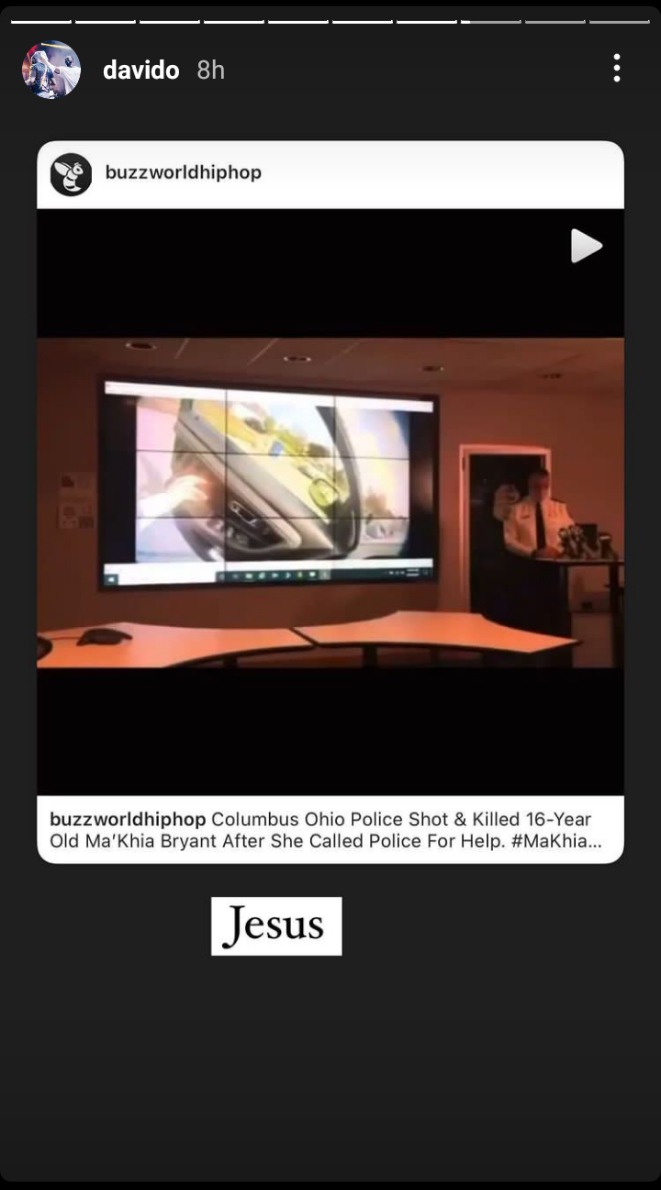 If Chelsea win the UCL, check out how many trophies Kante would have won in the last 5years

Key players may be available for Leicester, but Chelsea have some problems ahead of the FA Cup final

6 Signs You’re Sacrificing Too Much In Your Relationship

Anthony Joshua's Latest Fight With Tyson Fury Has Been Fixed - See The Date And Venue Of The Fight.