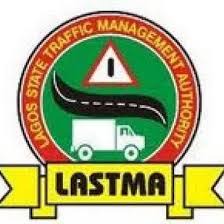 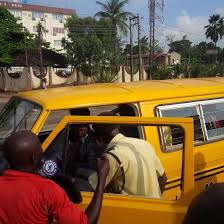 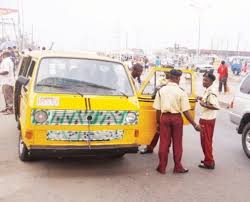 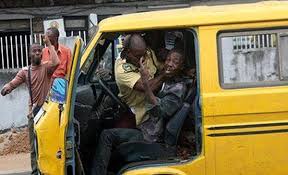 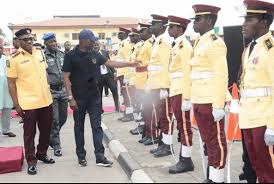 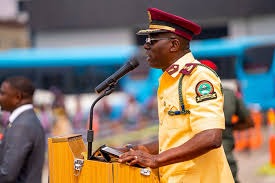 The driver of a commercial bus popularly referred to "Danfo" has reportedly killed an official of the Lagos State Traffic Management Authority (LASTMA) identified as Obasu Segun Godwin with a matchet.

During the incident a colleague of the late LASTMA officer identified as Adeniyi Hakeem was alleged to have sustained injuries.

Meanwhile,Filade Olumide who is the Assistant Director, Public Affairs, LASTMA disclosed in an official statement that Mr. Olajide Oduyoye, the LASTMA General Manager, vehemently criticised the unmerited and barbaric way the officer lost his life in the hands the driver of the bus.

Oduyoye made it known that the late officer and his colleague were mindlessly and grievously matcheted by the driver of the vehicle with registration number FKJ 452 YC after his bus was booked for operating against the Traffic Law of the State.

Mr. Bolaji Oreagba who is the incubent LASTMA Director of Operations in his official reaction to the unfortunate incident said that the unnecessary confrontation between the driver and the victims could have been avoided while noting that the unfortunate development would not discourage the LASTMA from delivering its official operations as prescribed by the Law of Lagos State.

Oreagba,however,made a pledge to make sure that the seriously injured officer who is reported to be lying down unconsciously at the Lagos State University Teaching Hospital, is provided with necessary medical treatments.

Ladies, Check Out Fashionable And Elegant Dresses With Front Slit That May Inspire You

Pictures: Youths stage a protest in Osun state, accusing EFCC of harassing and extorting them

El-Rufai declares NLC Chairman wanted, after the strike and protest that happened in Kaduna state.