After taking our victim to a deserted place, we then dispossessed him of his gold - Arrested suspect

By Jhoenews (self meida writer) | 14 days 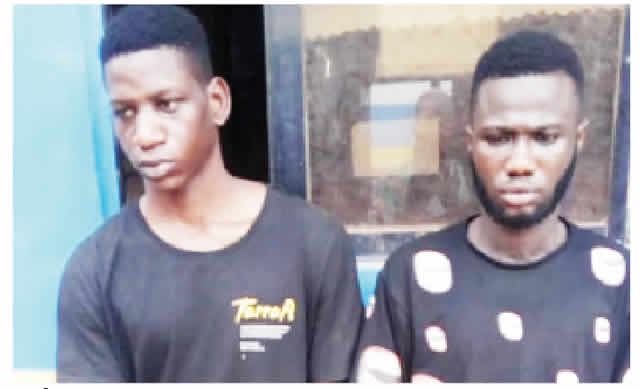 They say all day for the thieves and one day for the owner. Such is the case of these two thieves who were caught after they dispossessed three golden rings from their victim. Men of the Ogun State Police Command have arrested two suspected armed robbers, Jerry Chuckwedu, 23, and Tomiwa Olawale, 22, for allegedly dispossessing a gold merchant of chains and rings valued at N6m at gunpoint.

According to what was heard, the thieves pretended as though they wanted to buy the golden rings from the man. They took him on bike to a deserted place. It was in this place they were able to collect the rings from him. This couldn't be possible but with the use of gun, their victim had to surrender.

After this happened, they reported to the police and the police immediately went into action. It was after they searched for the thieves were they able to catch two of them. Hopefully, the two that had been arrested would be used to catch the rest.

Air New Zealand: The only commercial airline painted black instead of the usual white (see pictures)

REPORTS: Chelsea might sell expensive attacker and 3 others this summer